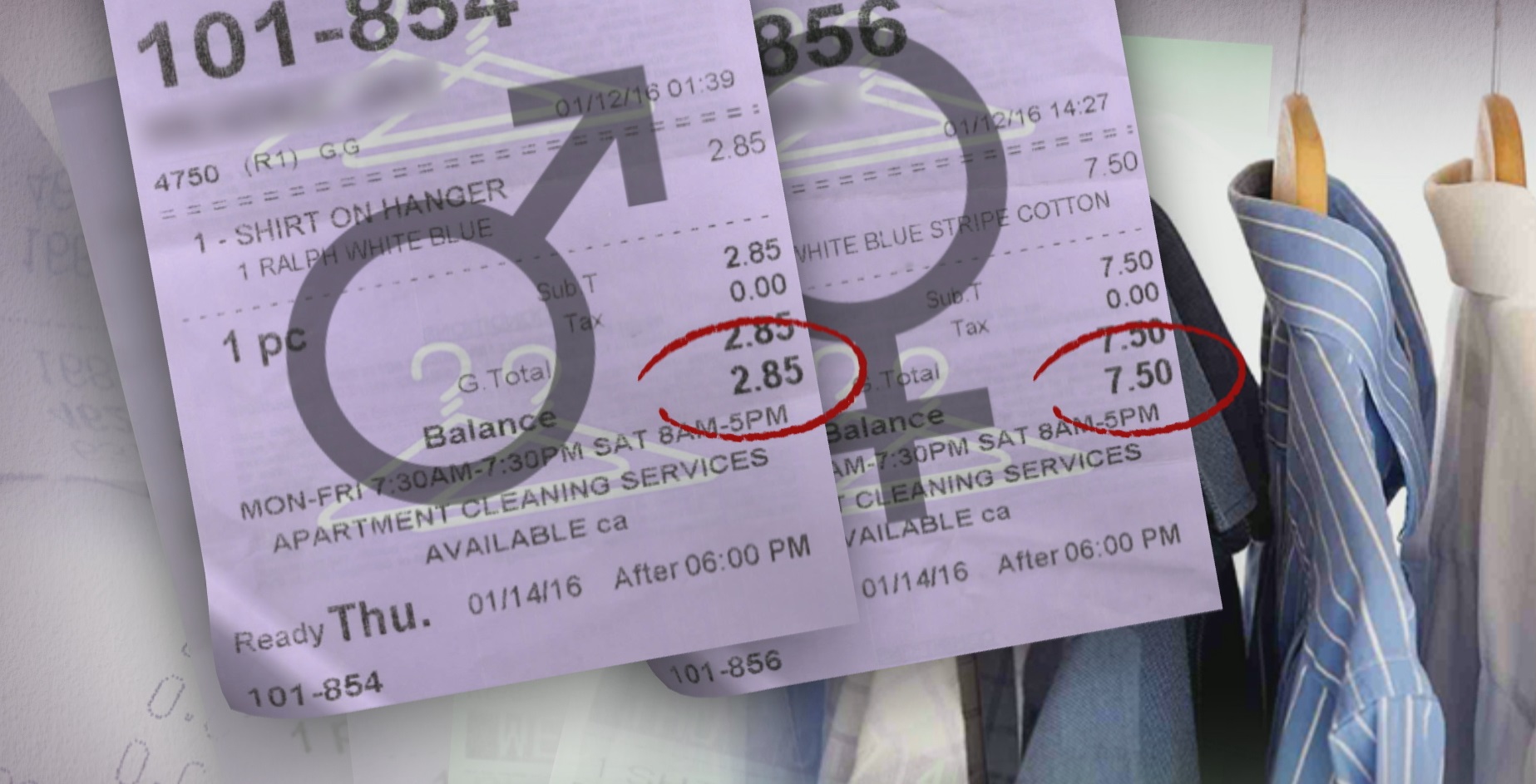 A study out last month by the New York City Department of Consumer Affairs showed women may be paying more than men for virtually the same product. The report, "From Cradle to Cane: The Cost of Being a Female Consumer," compared nearly 800 items with clear male and female versions, and on average, the women's versions of a product cost seven percent more than the ones for men.

CBS News went undercover with one female producer and one male producer visiting a handful of dry cleaners in New York City. They brought nearly-identical, 100 percent cotton button down shirts in comparable sizes and requested the same service.

Our female producer was charged at least twice as much in more than half the businesses visited. In one, she was charged $7.50 while her male counterpart just $2.85. At another, she paid $3 dollars more.

But it happens more than just at dry cleaners. The New York City study found differences in clothing like jeans, personal care products like razors, and toys like scooters. Their research showed that women paid more than men for similar products 42 percent of the time.

"Gender-based pricing has been around as a phenomenon or not for many, many years," Consumer Reports senior project editor Tod Marks said.

Marks has been researching this issue for years.

"You don't realize how badly you're getting ripped off or being taken advantage of, as a woman, because you've become so conditioned to pay more," he said.

At one of the dry cleaners, the female producer asked the employee why the pricing was different for men's and women's shirts.

"The machines and how we press it, that's the difference," the employee said.

The employee was referring to pressers used after clothing is dry cleaned. They are designed for men, but owner of Next Cleaners Kam Saifi said it's not a justification.

"Having a shirt laundered and machine pressed does not exist for women's tops," Saifi said.

It exists only for men, he said.

"That is right," Saifi said. "Because of that women are getting penalized for that."

While there is no federal law that bans this practice, gender price gouging for services is illegal in New York, Miami-Dade County and California. California outlawed it in 1996 after a statewide study found a "gender tax" cost each woman approximately $1,351 more annually.

But there are no laws aimed at preventing it in retail.

"One of the reasons that we can't legislate in products is because it's about the market and there is a long supply chain and we don't really know who is responsible for it," trade lawyer Michael Cone said.

Cone said part of the problem is the extra costs for women's products tacked on from the get-go. He found that women's clothing, shoes and gloves often enter the country with a higher import tax than men's. For example, men's sneakers were taxed at 8.5 percent while women's shoes at 10 percent.

Cone found it dates back to at least the mid-1800s when women's hats and gloves were taxed higher. He said ultimately it will be consumers who hold the key to reform.

"It has to be a market response, a written campaign, vote with your purse and your pen -- that's what's going to change it," he said.