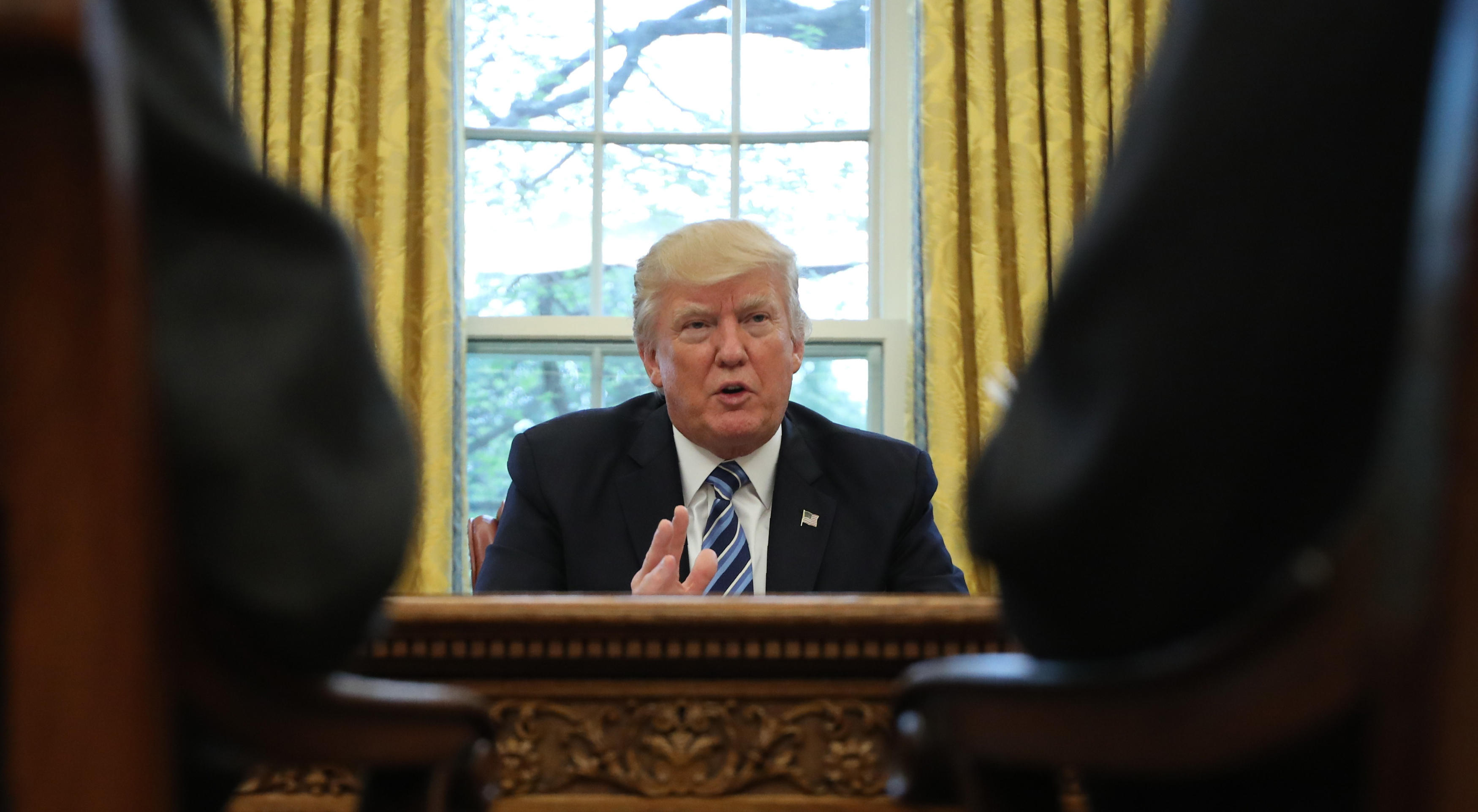 President Trump sat down with the Reuters news agency for a 42-minute Oval Office interview ahead of his 100th day as commander in chief.

In the interview, Mr. Trump said, "There is a chance that we could end up having a major, major conflict with North Korea. Absolutely."

He added, "We'd love to solve things diplomatically but it's very difficult."

Also during the interview, Mr. Trump put a bull's-eye on North Korea as being his "biggest global challenge," according to Reuters.

In a CBS News poll, 61 percent -- including majorities of Democrats, Republicans and independents -- say North Korea's development of weapons is a threat that can be contained.

Mr. Trump called out Chinese President Xi Jinping in the interview and acknowledged his attempts to find a solution for Pyongyang.

Both leaders met earlier this month at Mar-a-Lago.

Kim Jong-Un, North Korea's Supreme Leader, was also a topic in the Reuters interview and Mr. Trump said that he considers the 27-year-old rational and said "that's a very hard thing to do" to take over the country at an early age.

Also speaking to Reuters, Mr. Trump addressed the "horrible" free trade deal with South Korea and that Seoul should pay for a U.S. anti-missile system -- priced at $1 billion.