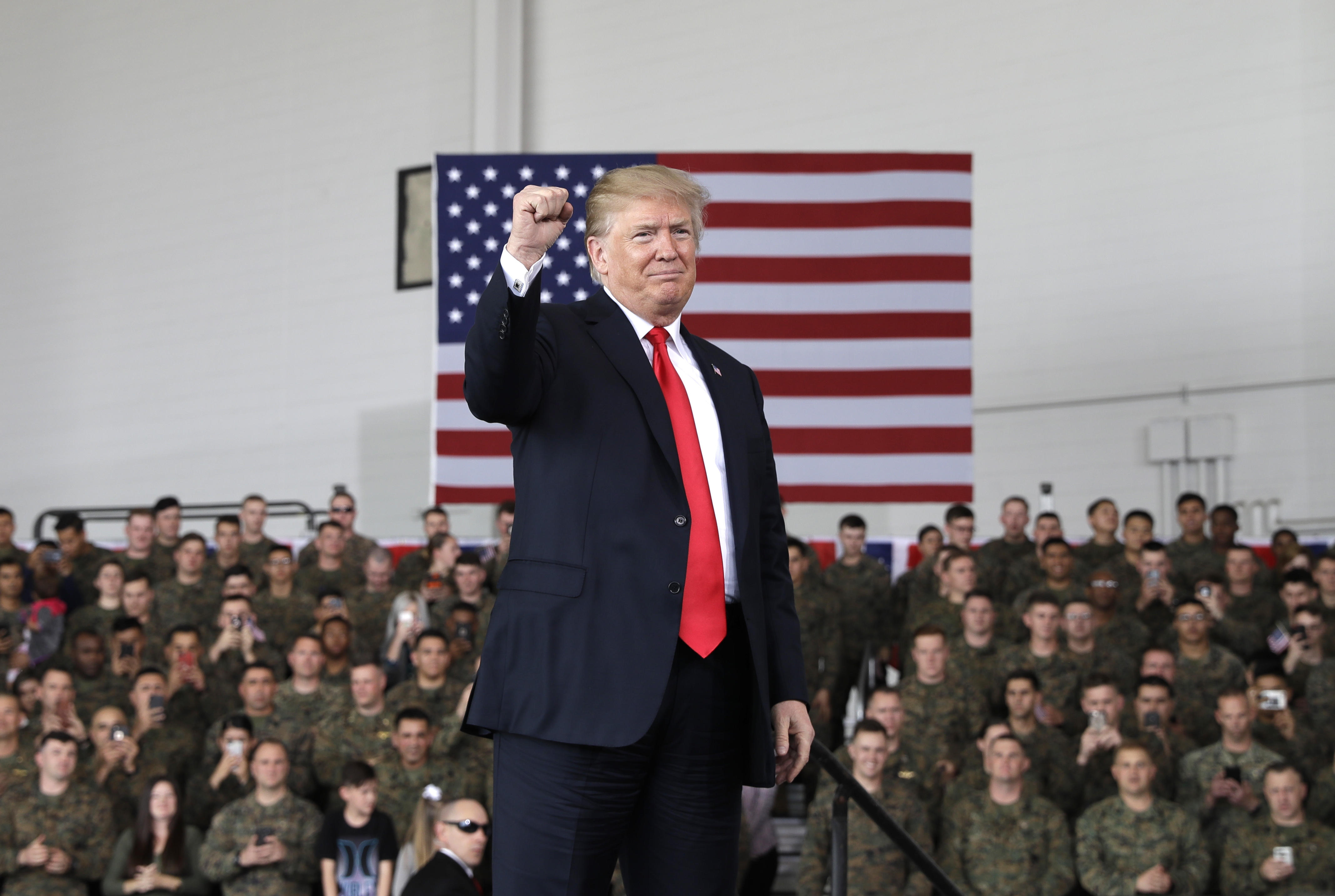 On a day filled with White House staffing shake-ups, the president remained mostly on-script in his 25-minute remarks, commenting on the positive developments with North Korea and the potential for expanding the U.S. Space program.

Mr. Trump's trip to California, the first of his presidency, comes on the same day he fired Secretary of state Rex Tillerson, who will be replaced with current CIA Director Mike Pompeo. Filling Pompeo's spot at the CIA is Gina Haspel, the first female director of the agency.

In the speech, Mr. Trump made a slight joke about White House chief of staff John Kelly.

Earlier Tuesday, Mr. Trump reviewed the Mexican border wall prototypes, although he still needs to secure the funding from Congress for the project.

"The state of California is begging us to build walls in certain areas," Trump said, emphasizing the need for increased border security in order to keep crime out of the country.