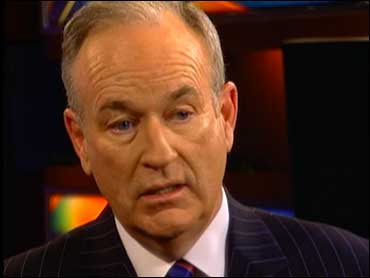 After months of taking incoming fire from the prime-time stars of Fox News, the Obama White House is firing back, charging that FOX News is different from all other news.

And the White House has gone beyond words, reports CBS News senior political correspondent Jeff Greenfield. Last Sept. 20, the president went on every Sunday news show - except Chris Wallace's show on FOX. And on Thursday, the Treasury Department tried to exclude FOX News from pool coverage of interviews with a key official. It backed down after strong protests from the press.

Tension between presidents and the press is as old as the Republic. FDR was so incensed by the war reporting of one New York Daily News correspondent he tried to present him with an Iron Cross from Nazi Germany. John Kennedy tried to get New York Timesman David Halberstam pulled out of Vietnam; and Vice-President Spiro Agnew's assaults on the network press is legendary.

"We have more than our share of nattering nabobs of negativism," Agnew said.

What gives this dust-up special irony is that FOX News success comes in no small part from its ability to convince its viewers that the "mainstream" media are slanted to the left. Now, the White House is arguing that the network is not a real news organization at all, and that has brought some mainstream media voices to its defense.

There's no question that FOX's prime-time voices come from the right. Moreover, its owner, Rupert Murdoch is a staunch conservative, and its first and only CEO, Roger Ailes, is a veteran of Republican media wars.

But MSNBC in prime-time has its own lineup of commentators - all of whom are on the left side of the spectrum, some of whom met with the president the White House this week.

So why is the White House out to "de-legitimize" FOX? Not because it has opinions, but because its opinion voices are so hostile to Mr. Obama - and because FOX News is, as it has been for a decade, by far the most watched of the cable news networks. In fact, its ratings have increased 13 percent this summer. So if FOX is feeling any pain from the White House's stance, it's crying all the way to the bank.