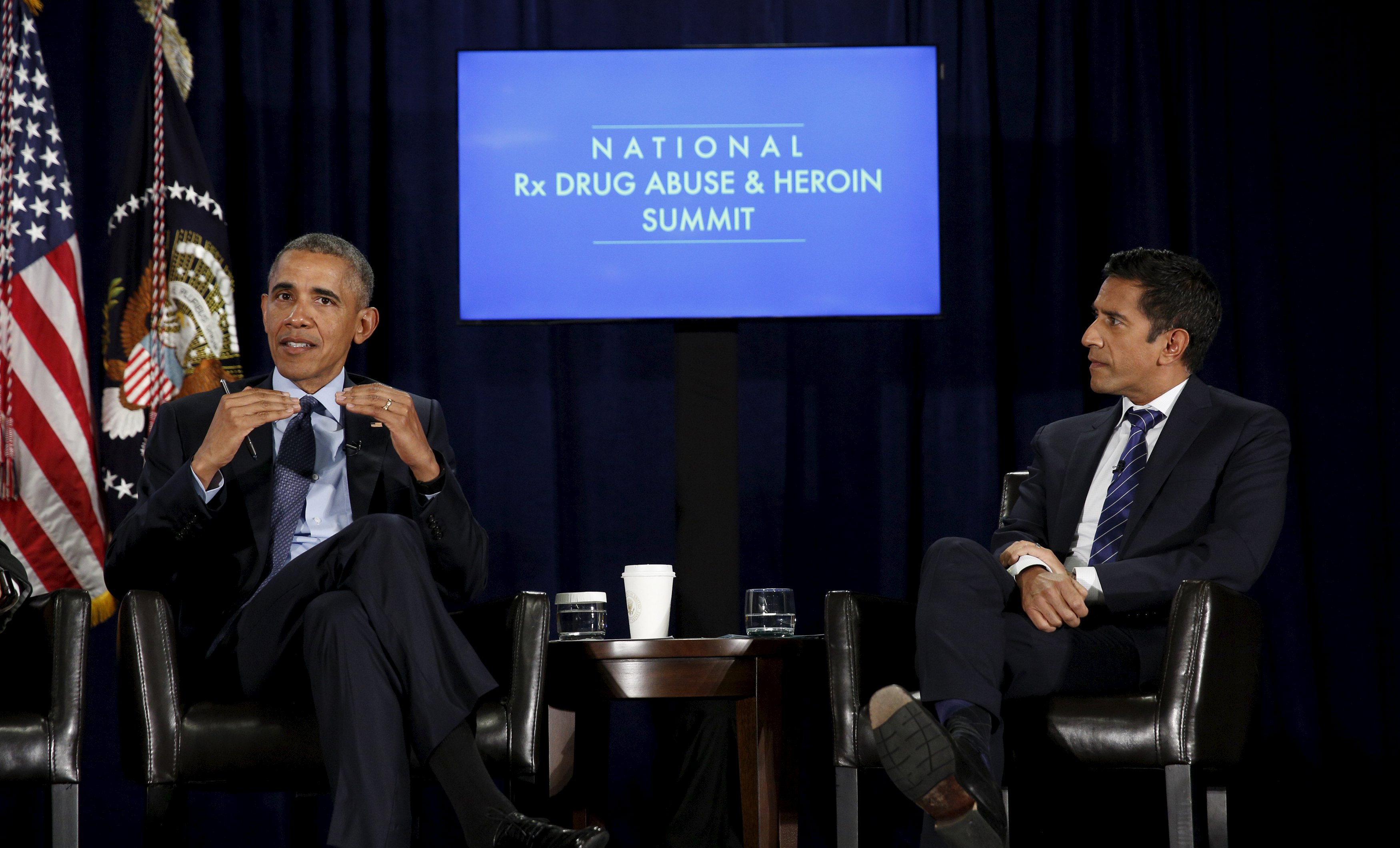 President Obama said Thursday that while steps are being taken to help address the epidemic of opioid addiction in the United States, more funding is needed to ensure that addicts get the treatment they need when they need it.

"The good news is that because it's having an impact on so many people ... we're seeing a bipartisan interest in addressing this problem, not just taking a one-size-fits-all approach," Mr. Obama told a crowd in Atlanta Tuesday afternoon after being introduced by Republican Rep. Hal Rogers of Kentucky. "I'm very optimistic that we can solve it ... we're taking a number of step, but frankly we're still under-resourced."

Asked by moderator Sanjay Gupta of CNN why he chose to come down to Atlanta for the event, and to discuss this issue in particular, Mr. Obama replied: "Because it's important, and it's costing lives, and it's devastating communities."

Mr. Obama referenced the number 28,000, which is how many people in the U.S. died of opioid overdoses in 2014. "It's important to recognize today we are seeing more people killed because of opioid overdose than traffic accidents," he said. "Think about that."

He noted that previously, drug addiction was seen as an issue that really only affected poorer, minority communities, but that opioid addiction is a reminder that this issue is widespread across U.S. society.

"Part of what has made it previously difficult to emphasize treatment over the criminal justice system has to do with the fact that the populations affected in the past were viewed as or stereotypically identified as poor, minority," he said. "And as a consequence the thinking was it is often a character flaw in those individuals who live in those communities and it's not our problem that they're just being locked up. And I think that one of the things that's changed in this opioid debate is the recognition that this reaches everybody."

Oertle, a young mother, spoke about her escalation from pills like vicodin to needing heroin or stronger drugs just to make it through the day. Riley said that, as a young boy with allergies for which he frequently took Benadryl, he learned early on that medicating was a way to take care of his problems.

Mr. Obama acknowledged that he had experiences with drugs as a young man, and that it's only a matter of luck and circumstance that he never dealt with major addiction issues.

"When I was a kid I was ... uh, how would I put it, not always as responsible as I am today," he said. "And in many ways I was lucky because for whatever reason, addiction didn't get its claws in me--with the exception of cigarettes, which is obviously a major addiction."

Though putting together an infrastructure to help addicts get treatment more quickly, Mr. Obama said, that only goes so far without "actual funding" -- which is why he noted that his administration has called for an additional $1 billion for drug treatment programs in this year's budget.

"For all the good work that Congress is doing, it's not enough just to provide the architecture and the structure or more treatment," he said. "There has to be actual funding for the treatment, and we have proposed in our budget an additional billion dollars for drug treatment programs in counties all across the country and my hope is that all of the advocates and folks and families who are here and those who are listening say to Congress this is a priority."