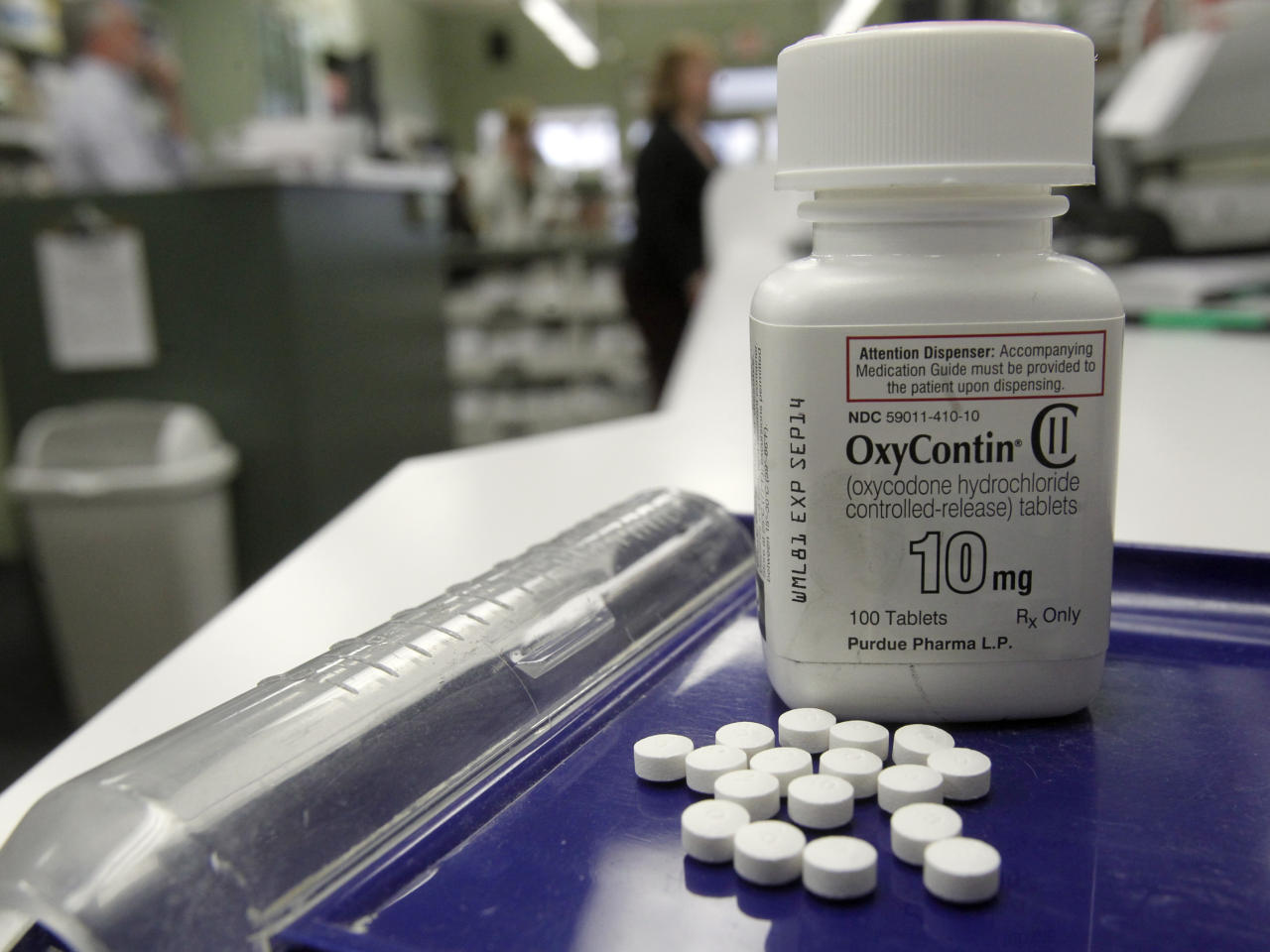 WASHINGTON -- Amid growing concerns about a nationwide epidemic of painkiller addiction and abuse, the U.S. Centers for Disease Control and Prevention has come out with new federal guidelines on the use of powerful drugs like OxyContin and Vicodin. The guidelines are designed for doctors and aim to reduce the overprescribing of opioid drugs.

Prescription painkillers should not be a first-choice for treating common ailments like back pain and arthritis, according to the new guidelines, which are voluntary for doctors to follow. Instead, patients should be encouraged to try physical therapy, exercise and over-the-counter pain medications before turning to opioid painkillers for chronic pain. Opioid drugs include medications like morphine and oxycodone as well as illegal narcotics like heroin.

The new recommendations represent an effort to reverse nearly two decades of rising painkiller use, which public health officials blame for a more than four-fold increase in overdose deaths tied to the drugs. In 2014, U.S. doctors wrote nearly 200 million prescriptions for opioid painkillers, while deaths linked to the drugs climbed to roughly 19,000 -- the highest number on record.

Furthermore, dependence on painkillers leads some people into heroin abuse when prescriptions become too expensive or hard to come by.

"We're trying to chart a safer and more effective course for dealing with chronic pain," said Dr. Tom Frieden, in an interview with the Associated Press. "The risks of addiction and death are very well documented for these medications."

In an article about the new guidelines published in the New England Journal of Medicine, Frieden and co-author Dr. Debra Houry write: "Whereas the benefits of opioids for chronic pain remain uncertain, the risks of addiction and overdose are clear ... Nearly all the [opioid painkiller] products on the market are no less addictive than heroin."

Under the new guidelines, doctors would prescribe painkillers only after considering non-addictive pain relievers, behavioral changes and other options. The CDC also wants doctors to prescribe the lowest effective dose possible. And doctors should only continue prescribing the drugs if patients show significant improvement.

The guidelines are intended for primary care physicians, and do not apply to doctors who specialize in treating severe pain due to cancer and other debilitating diseases.

Though the guidelines are voluntary, they could be widely adopted by hospitals, insurers and state and federal health systems.

Government officials have already tried multiple approaches to tackling painkiller abuse. The Food and Drug Administration restricted some widely-prescribed painkillers to limit refills. States like Florida and New York have cracked down on "pill mills" using databases to monitor what doctors are prescribing. And this week, Massachusetts signed into law a seven-day limit on first-time prescriptions for opioids -- the first of its kind in the nation.

"Changing medical practice isn't quick and it isn't easy," Frieden said. "But we think the pendulum on pain management swung way too far toward the ready use of opioids."

The CDC rarely advises physicians on how to prescribe medications, a role typically delegated to professional societies and drug regulators.

FDA labeling for the drugs is broad, listing uses like "relief of moderate to severe pain." Guidelines by pain specialists provide more detail, but focus less on risks. The CDC guidelines put such warnings upfront: "Opioids are not first-line therapy," states the agency's first recommendation.

Local health authorities applauded the CDC for weighing in on the problem they face in their communities.

"I see this as part of a national effort to get control over an epidemic," said Dr. Bruce Psaty, a professor at the University of Washington who also advises the FDA.

In a report on the new guidelines, the CDC notes how widespread the drugs' use has become: "In 2012, health care providers wrote 259 million prescriptions for opioid pain medication, enough for every adult in the United States to have a bottle of pills," it states.

In many ways, the new guidelines are a return to older medical practice. Physicians trained in the 1960s and 1970s -- amid a wave of urban heroin use -- were taught to reserve opioids for the most severe forms of pain, such as cancer or end-of-life care. That approach remains accepted.

But in 1990s, some specialists argued that doctors were undertreating common forms of pain that could benefit from opioids, such as backaches and joint pain. The message was amplified by multimillion-dollar promotional campaigns for new, long-acting drugs like OxyContin, which was promoted as less addictive.

"A whole generation of physicians grew up thinking they could use opiates pretty liberally," Psaty said. "We are now in the process of re-educating ourselves and our patients."

The American College of Physicians issued a statement supporting the new guidelines, saying they "provide primary care physicians with guidance in addressing a public health problem at a time when many communities are being devastated by the adverse impact of opioid misuse."

The CDC delayed its guidelines earlier this year following criticism from pain specialists, drugmakers and others.

Critics complained the recommendations went too far and had mostly been written behind closed doors by physicians who were biased against painkiller therapy. Instead of releasing the guidelines in January, as originally planned, the CDC agreed to re-open them to public input, receiving more than 4,000 comments over a 30-day period.

Critics said the proposal could block patient access to medications if adopted by health providers, insurers and hospitals. Such organizations often look to the federal government for health care policies.

Last week, an early sign of the guideline's impact surfaced in the Senate. Lawmakers there overwhelmingly passed a bill designed to combat opioid abuse, including a provision requiring the Veterans Administration to adopt the CDC recommendations.