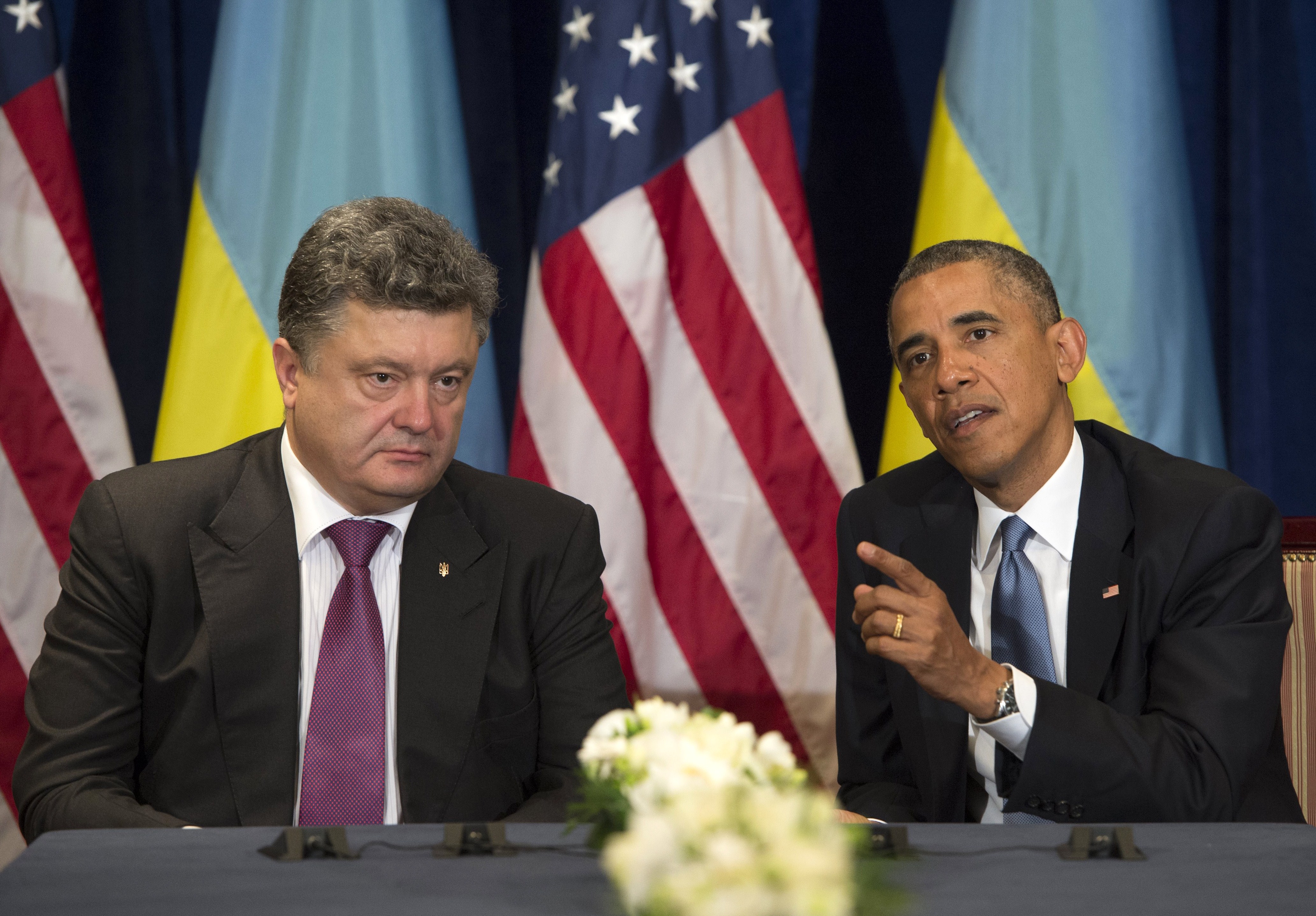 WARSAW, Poland -- Sitting down with Ukraine's new leader, President Obama said Ukraine can become a vibrant, thriving democracy if the world community stands behind it. He pledged the United States would provide new support as Ukraine's fragile government seeks a path out of crisis.

"The Ukrainian people made a wise selection in someone to lead them through this period," Obama said after meeting with President-elect Petro Poroshenko.

In tandem with Wednesday's meeting, the U.S. announced it would send Kiev an additional $5 million in equipment, as Ukraine's military continues to suffer casualties in its confrontation with pro-Russian insurgents, especially in the country's east.

More significant than the dollar amount was the nature of the new aid. The White House said for the first time, the aid would include body armor and night vision goggles - tools that could directly help Ukraine's troops as they battle separatists. Until now, the U.S. has only provided other nonlethal forms of aid like clothes, food and radios

The new batch of aid followed an announcement by Obama a day earlier that the U.S. intends to beef up its military presence in Eastern Europe. Shortly after arriving in Warsaw, Obama asked Congress for up to $1 billion to boost deployments and exercises throughout Europe in a significant departure from a two-decade trend toward a smaller U.S. presence on the continent.

Obama, in his first private meeting with Poroshenko, praised the billionaire candy maker for reaching out to Ukraine's restive east. He said Poroshenko's election signaled Ukrainians had rejected violence and corruption in favor of democracy. Poroshenko is set to take office on Saturday.

"I have been deeply impressed by his vision, partly because of his experience as a businessman," Obama said.

At the same time, Obama warned it was critical that other nations now support Poroshenko and his new government, including by training its military and police. He urged the international community to keep up the pressure on Moscow not to support pro-Russian separatists in Ukraine.

Thanking Americans for offering support, Poroshenko said the next phase will be crucial to starting a peaceful process out of the country's political crisis.

"He won everywhere, and clearly has been given a mandate to try to lead the country into a new era," Secretary of State John Kerry after meeting here with Poroshenko ahead of the president.

Obama was in Warsaw to help commemorate the 25th anniversary of Poland's first partially free election, an example of democratic progress that the U.S. president plans to point to in a speech later Wednesday as a model for Ukraine.

Obama was addressing a Freedom Day celebration in Royal Castle Square, remarks that the White House cast as the centerpiece of his three-country European tour and a unique opportunity to make the case directly in the region for Ukraine's solidarity.

"The president-elect of Ukraine has indicated his willingness to work with all regions of Ukraine to create a constitutional order that is representative of all people. And he has said that he is interested in pursuing good relations with Russia," Obama said the night before at a Polish Solidarity Dinner with Poroshenko. "But what he has said, and he is right to say, is that the sovereignty of Ukraine should not be sacrificed in that effort, and we fully support him in that."