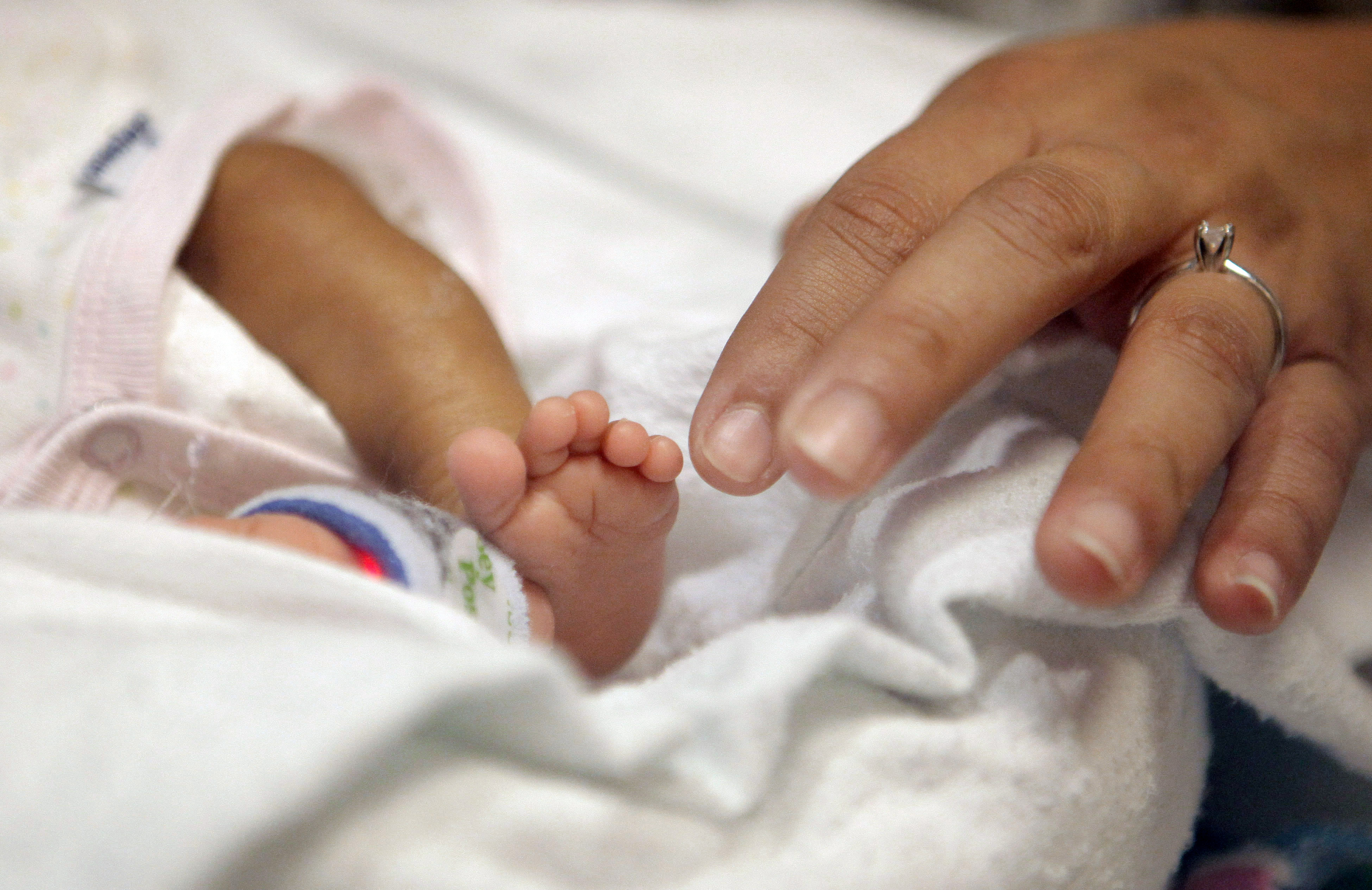 Premature birth rates could be reduced if five proven interventions were implemented by 39 high-resource countries, a new report finds.

Around 15 million premature babies are born preterm each year -- that's about 1 in 10 of the world's births who are born at least three weeks before their due date.

A May report from the same international groups behind the new research found premature births account for almost half of all newborn deaths worldwide, making it the second leading cause of death in young children after pneumonia.

For all the miracle stories of tiny preemies who survive, the sad reality is that scientists know far too little about what triggers premature birth and how to prevent it. And despite some recent progress, the U.S. has a far higher rate of preterm births than other similar nations.

On Thursday, the international coalition said if the U.S. and other developed countries do a better job of using the five proven interventions, together they could lower preterm birth rates by an average of 5 percent, keeping 58,000 babies a year from being born too soon.

The five interventions the report recommends:

-Nearly eliminating induced labors and C-sections scheduled much ahead of mom's due date unless they're medically necessary. Much of recent U.S. improvement in preterm rates come from reducing elective early deliveries, leading to a drop in "late preemies," babies born a few weeks early.

-Helping women to quit smoking. Smoking at some point during pregnancy varies widely, from 10 percent in Canada to 23 percent in the U.S. and 30 percent in Spain, the report found.

-Using just one embryo, not multiples, when in vitro fertilization is used.

-Providing regular injections of the hormone progesterone to certain women at high risk, largely because of a prior preterm birth. A recent NIH survey of obstetricians found just 21 percent of eligible patients received the shots.

-Putting a stitch into the cervix of certain high-risk women, those who have what's called a short cervix.

The reduction of 58,000 preterm births might seem like a blip considering 15 million are born annually, most of them in Africa and parts of Asia where the priority is to improve care of these fragile newborns. More than 1 million premature infants die, mostly in developing countries, and survivors can suffer lifelong disabilities.

But in wealthier countries, where sophisticated medical care already keeps most preemies alive, the focus is shifting to how to prevent these births in the first place. Only recently have rates begun leveling off or dropping in many of these countries after years of steady increases.

Thursday's report makes clear just how hard additional progress on that front will be - projecting an average 5 percent drop in preterm birth rates across the highest-income countries by 2015, if they follow the new advice.

"Shockingly, very little reduction is currently possible," specialists with the World Health Organization, Save the Children, U.S. National Institutes of Health, March of Dimes and other groups reported in The Lancet.

But even that improvement would translate into about $3 billion in annuals savings from medical bills and lost productivity, the group calculated. Nearly half that savings would be in the U.S.

The bigger message: It's time for a major scientific push to figure out the causes of preterm birth and find some better ways to intervene.

"I don't think it's hopeless at all," said report co-author Dr. Catherine Spong, a maternal-fetal medicine specialist at NIH who points to clues that infections and inflammation affecting the mother play a yet-to-be-understood role. She added because healthier babies grow into healthier adults, "if you could improve pregnancy outcomes, you could improve the health of the nation, quite honestly."

Over half a million U.S. babies are born premature -- that's 11.7 percent of the babies born in 2011, the lowest rate of preterm birth in a decade and down from a peak of 12.8 percent in 2006, the March of Dimes reported earlier this week. The group's annual Premature Birth Report Card gave the U.S. a "C" grade despite the improvements.

Last spring, this same international coalition provided the first country-by-country estimates of preterm births and recommended some inexpensive steps that developing countries could take to improve preemie survival. Thursday's follow-up analyzed trends in developed countries, to come up with advice on preventing prematurity.

The impact of the five interventions would vary. The U.S. could see an 8 percent drop in its preterm birth rate by 2015 if it fully implemented these steps, the report estimated, while countries such as Sweden that already have far fewer preemies would see their rates inch down only slightly more, by about 2 percent.

Having one preemie greatly increases the risk for another. Other risk factors include pregnancy before age 17 or over 40, and the mother's own health conditions, such as being underweight or overweight, or having diabetes or high blood pressure. That's why it's so important for women to have good care, not only early in pregnancy, but before they conceive, said the March of Dimes' Christopher Howson.

But all those factors explain only a portion of preterm birth. NIH's Spong pointed to efforts to understand how vaginal infections and inflammation may help trigger preterm labor.

Another mystery: Why African-American women are at higher risk, with a preterm birth rate of about 17 percent compared to under 11 percent among white women, Howson said.

Still, many women don't know that there are some protections, said Nikki Fleming of suburban Charlotte, N.C., who benefited from two of the steps recommended in Thursday's report and tries to spread the word.

Fleming's first baby, Lauren, was born at 26 weeks, weighing just over 2 pounds and spending her first five months in the hospital. Fortunately Lauren, now a healthy 8-year-old, fared well. But Fleming's next pregnancy ended in a miscarriage.

Her doctor determined that she would benefit from that cervical stitch as well as the progesterone shots, which resulted in two healthy full-term babies.

"I appreciate that they didn't treat it like an isolated incident," Fleming said.