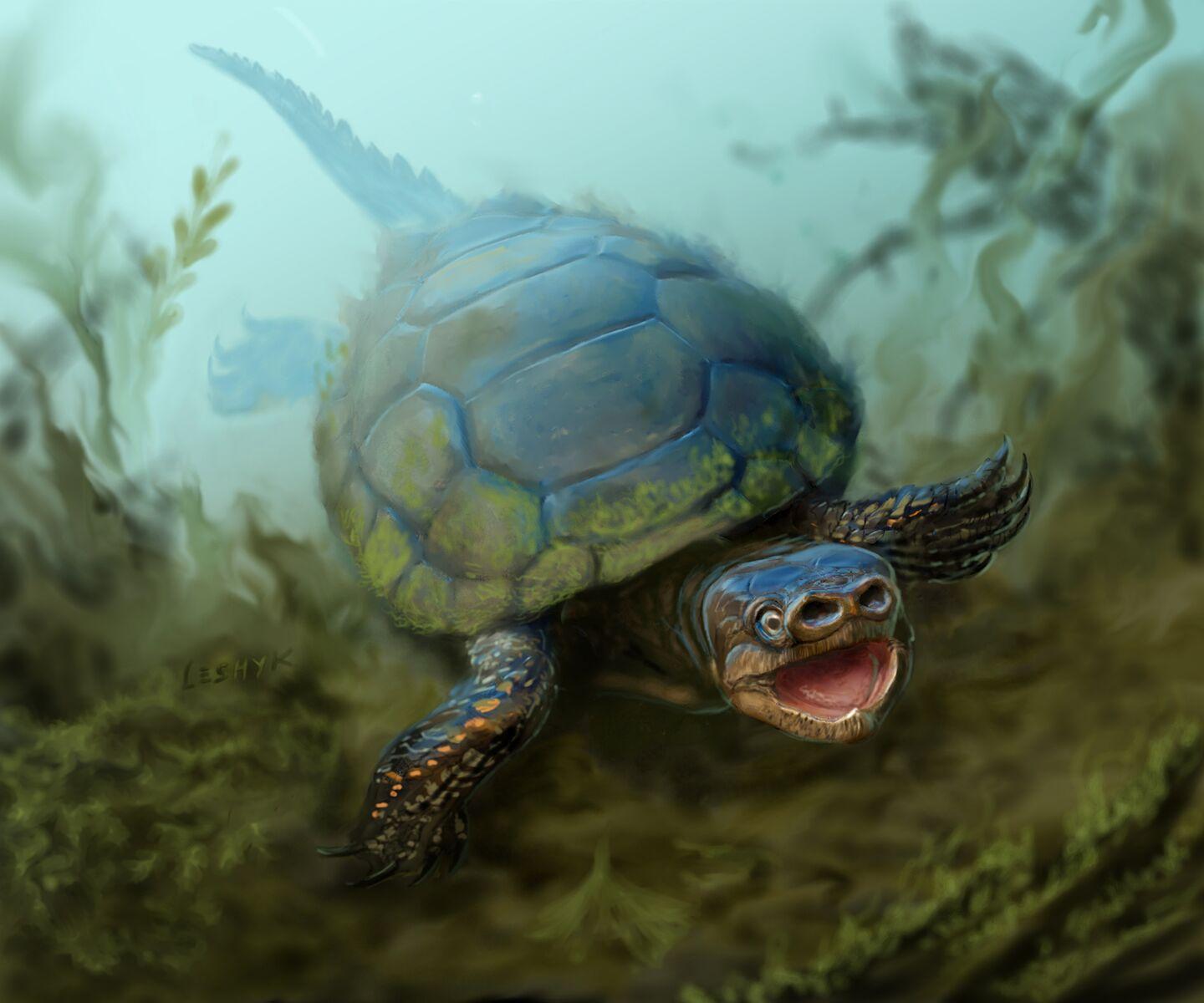 "It's one of the weirdest turtles that ever lived," said Joshua Lively, author of a new study on the discovery of a turtle with the snout of a pig that lived 76 million years ago.

The ancient turtle lived during the age of dinosaurs, existing alongside the likes of tyrannosaurs and armored ankylosaurs, creatures that left behind a treasure trove of fossil remains in the Southern Utah survey area that Lively, of the University of Utah, and other researchers studied.

The animal stretched about 2 feet long, head-to-tail, and its streamlined shell was suitable for an environment full of rivers. What makes the creature stand out the most compared with modern-day turtles is its pig-like nose: a broad snout with two bony nasal openings. All other turtles, in their 250-million-year evolutionary history, have just one opening, separated into two nostrils by a bit of flesh.

The animal, whose scientific name is Arvinachelys goldeni -- derived from the Latin "arvina" for "pig fat" or "bacon" -- adds another link in the understanding of turtle evolution.

"It really helps add to the story emerging from dinosaur research carried out at the Natural History Museum of Utah," said Lively, whose study was published in the Journal of Vertebrate Paleontology.

The find included not just the head and shell, but an almost complete forelimb, partial hind limbs, and vertebrate. Many ancient turtle remains are just a shell here or a skull there.

"With only isolated skulls or shells, we are unable to fully understand how different species of fossil turtles are related, and what roles they played in their ecosystems," Randall Irmis, curator of paleontology at Natural History Museum of Utah, said.