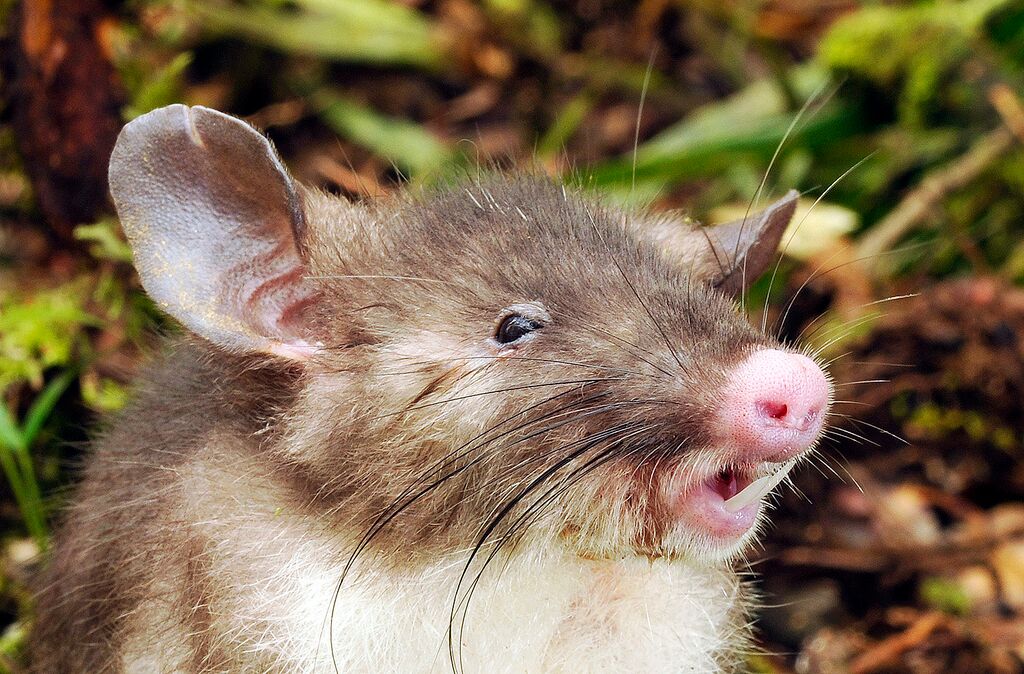 Sometimes you have to give scientists credit for calling it like they see it.

When a team of researchers on Indonesia's Sulawesi Island happened upon a rodent with huge ears and a pig-like snout they knew they had discovered a new animal -- and they gave it a name that said it all: Hog-nosed rat.

The rodent, a type of shrew rat, has a large, flat pink nose punctuated by forward-facing nostrils. It also has extremely large ears, which are more than a fifth of its entire body length, and atypically long fang-like lower incisors.

"We had never seen anything like this," said Jake Esselstyn, lead author of a study published recently in the Journal of Mammalogy and a curator at the Museum of Natural Science at Louisiana State University, in a statement. "It was obviously a new species."

In fact, the differences between Hyorhinomys stuempkei and its shrew rat relatives was so great that Esselstyn and his collaborators identified it as a novel genus. And that made it particularly exciting when he and Kevin Rowe, from Melbourne's Museum Victoria, simultaneously caught specimens in traps on opposite sides of their remote mountain field station.

"We came back to camp and were both surprised that the other one had it as well," Esselstyn said.

This is the third new genus described by the group in the last three years.

"There's a lot of biogeographic complexity at Sulawesi. So we're not too surprised that we're finding new things," said Rowe. "But our team has been a bit surprised by the degree to which these animals are really novel. They are not just subtly different organisms, but really charismatically different."