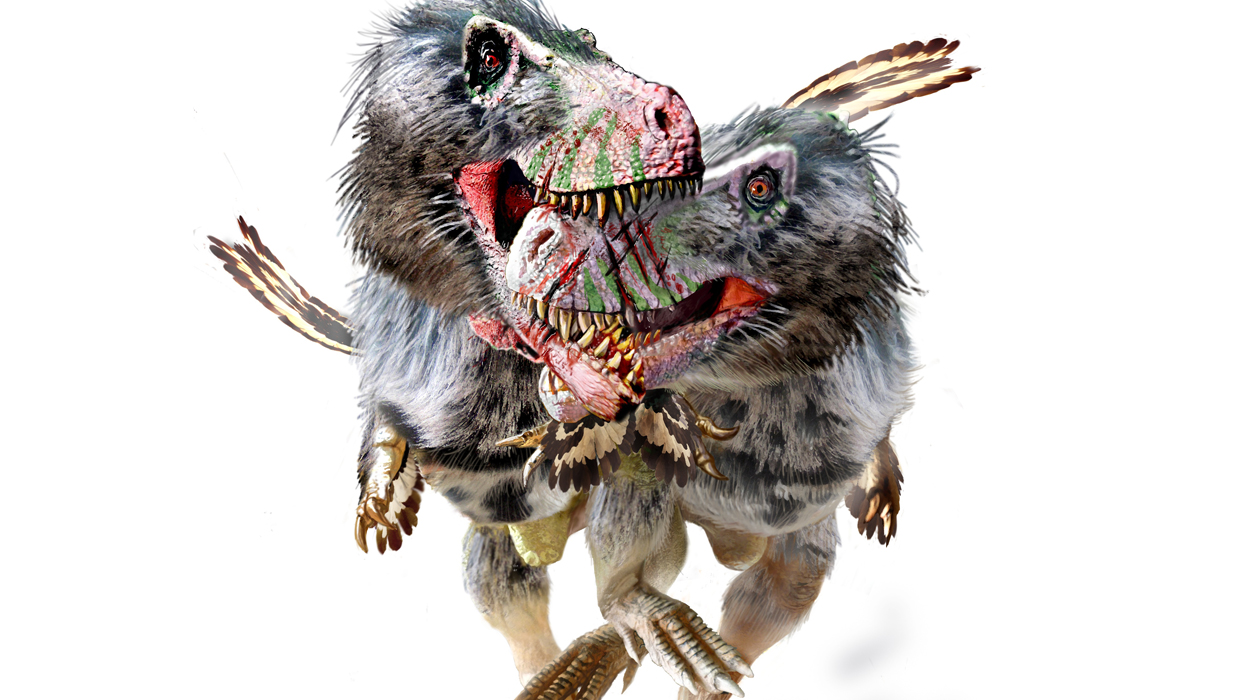 A new study published Thursday in the journal PeerJ described injuries to the skull of a tyrannosaur called Daspletosaurus -- a smaller cousin to the famed Tyrannosaurus -- that were most likely inflicted by another Daspletosaurus, both before and after death. Several of the gashes were close in size and shape to the teeth of a tyrannosaur.

Translation: The young dinosaur was mauled and at least partially eaten by its own kind.

"This animal clearly had a tough life suffering numerous injuries across the head including some that must have been quite nasty," said lead author David Hone from Queen Mary, University of London. "The most likely candidate to have done this is another member of the same species, suggesting some serious fights between these animals during their lives."

This isn't the first evidence of dino-on-dino violence. Large carnivorous dinosaurs are known to have fought amongst each other and to engage in cannibalism. But this is the first specimen showing bite marks both pre- and post-mortem.

The bones were originally discovered in Dinosaur Provincial Park, in Alberta, Canada.

Was a Virginia teen lured to her death through a smartphone app?
Amanda Schupak