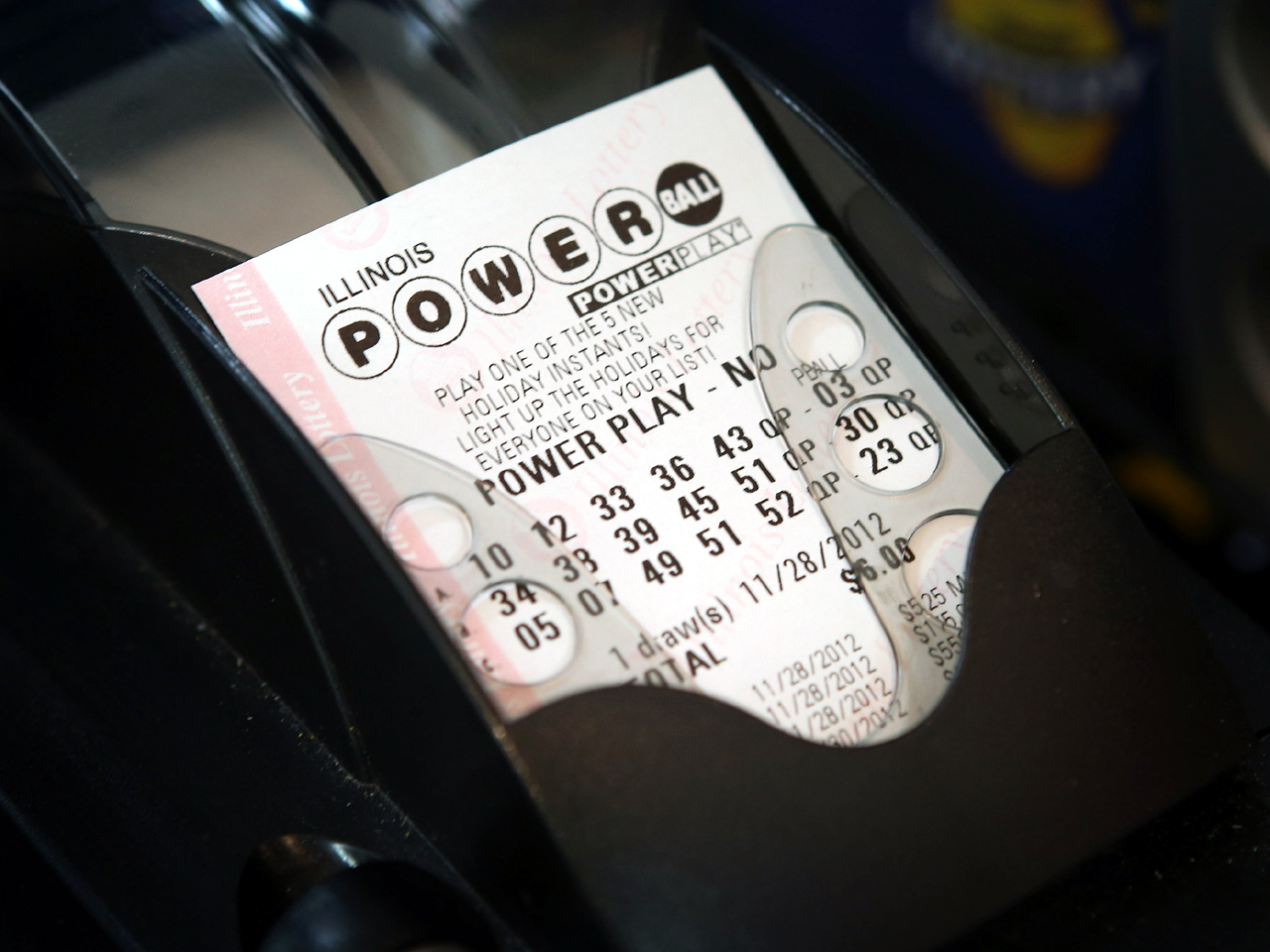 CHICAGO The numbers have been drawn for the record Powerball jackpot and the wait for winners — if any — has begun.

The numbers drawn Wednesday night are:

A lottery official said late Wednesday that the jackpot increased to $579.9 million by the time of the drawing, making the cash option $379.8 million.

Americans went on a ticket-buying spree in recent days, the big money enticing many people who rarely, if ever, play the lottery to purchase a shot at the second-largest payout in U.S. history.

Among them was Lamar Fallie, a jobless Chicago man who said his six tickets conjured a pleasant daydream: If he wins, he plans to take care of his church, make big donations to schools and then "retire from being unemployed."

CBS News correspondent Anna Werner reports the odds of winning are one in 175 million. Still, that didn't deter Americans from purchasing a shot at the second-largest payout in U.S. history and the highest-ever Powerball game. More than 160 million tickets were sold, going at a rate of 130,000 a minute nationwide on Wednesday. At one point, Florida was selling 200,000 tickets per minute.

The jackpot had already rolled over 16 consecutive times without a winner, but Powerball officials said earlier Wednesday they believed there was a 75 percent chance the winning combination will be drawn this time.

If one ticket hits the right numbers, chances are good that multiple ones will, according to some experts. That happened in the Mega Millions drawing in March, when three ticket buyers shared a $656 million jackpot, which remains the largest lottery payout of all time.

Yvette Gavin, who sold the tickets to Fallie, is only an occasional lottery player herself, but the huge jackpot means she'll definitely play this time. As for the promises she often gets from ticket purchasers, Gavin isn't holding her breath.

"A lot of customers say if they win they will take care of me, but I will have to wait and see," she said.

In the hours before Wednesday's drawing, Associated Press photographers across the nation sought out ticket buyers and asked about their lottery fantasies. Here's a look at what they found:

When Atlanta barber Andre Williams buys scratch-off tickets, he typically does a dance in his shop for good luck. As a first-time Powerball player, he plans to reprise the dance — and buy a few extra tickets to enhance his chances.

"I don't even know if I'll look at it," said Williams, who bought his ticket at a newsstand. "If I win, I might pass out."

Paralegal Pat Powell was buying her first Powerball ticket at another store in Atlanta, even though she acknowledged her odds were probably "zero to zero."

Still, Powell has specific plans should she win: start an Internet cafe in the West Indies and a learning center in Georgia.

"I've been thinking about winning this money and what I'd do with it," Powell said. "There's no ritual, but it's just been on my mind. So it's like, let me just join the hype and just do it."

Atlanta accountant Benita Lewis, who had never played the lottery before, didn't want to be the only one left in her office without a ticket.

"I did feel nervous buying it like I could be the one," she said. "I'm going to retire and pay off all my family's debt."

In Philadelphia, seafood salesman Billy Fulginiti bought 50 Powerball tickets with co-workers and a few more with a small group. He said he only plays when the jackpot is especially large.

"You go to bed at night wishing you wake up a millionaire," Fulginiti said. He planned to take a long vacation and "help a lot of people, a lot of charities," if any of his tickets turn out to be winners.

Powerball purchases at the Canterbury Country Store in Canterbury, N.H., have been so steady that the manager has been working extra evening hours to keep up.

Horticulturist Kevin Brags buys tickets at the store two to three times a month. He says he usually picks numbers higher than 32 because so many people use numbers 31 and lower, largely because of birthdays.

The birthday theory didn't scare off Paul Kruzel, a retired doctor who chooses the days his children were born.

Both, however, have the same plans for winning: "make a lot of people happy."

John Olson has a more elaborate idea: He'd like to buy an island.

At a downtown Detroit convenience store, Ceejay Johnson purchased five Powerball tickets. If she strikes it rich, the analyst from Southfield, Mich., said she would buy a home for her sister in Florida. Then she would "go into hiding" and take care of her family.