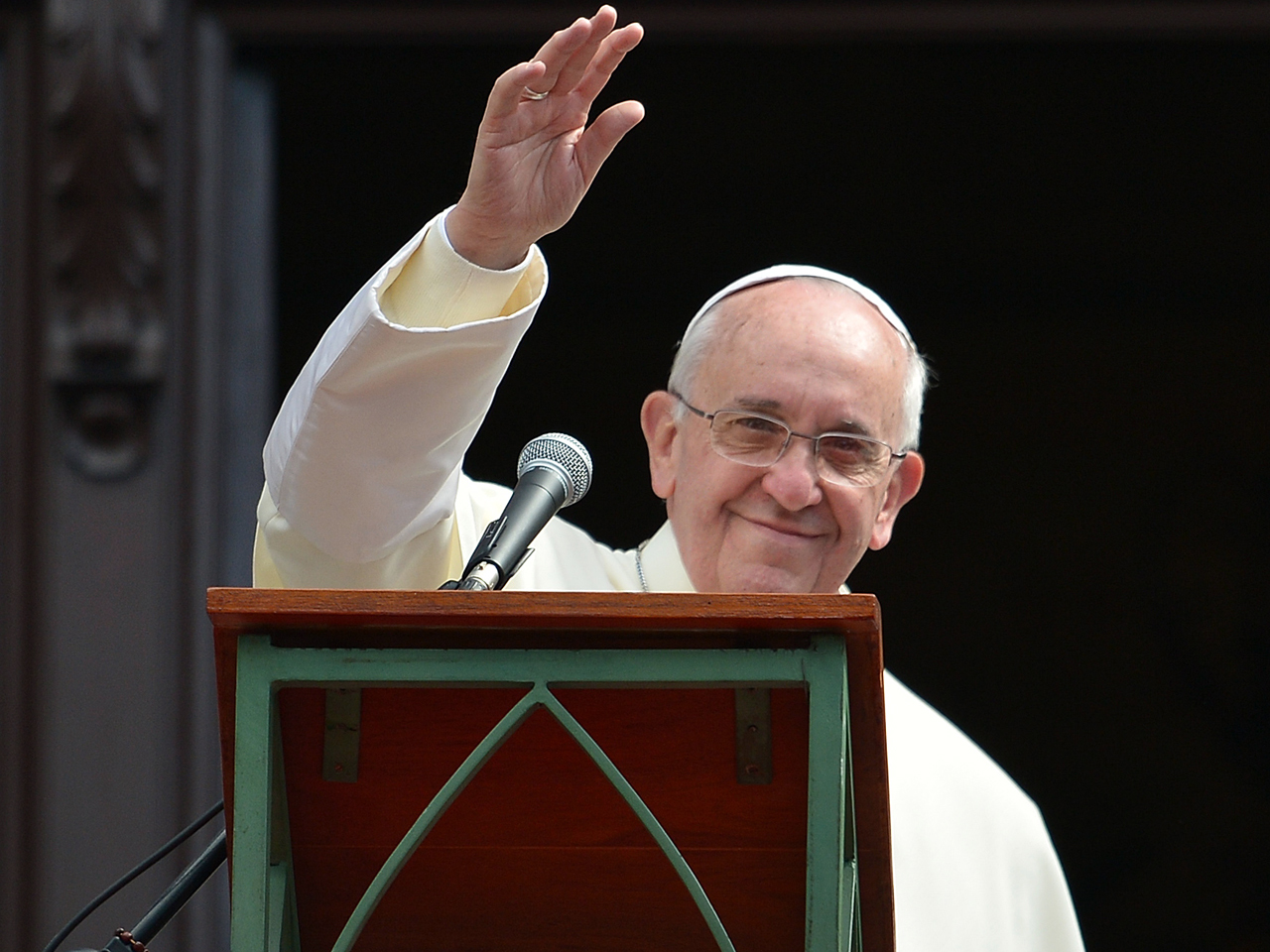 RIO DE JANEIRO Pope Francis praised the elderly during the Catholic Church's festival of youth Friday, saying grandparents are critical for passing on wisdom and religious heritage and are a "treasure to be preserved and strengthened."

Francis has made a point of not just focusing on the next generation of Catholics during World Youth Day, but on the older generation as well. It's part of his longstanding work caring for the elderly in Argentina, the crucial role his own grandmother played in his spiritual development and the gentle deference he shows his predecessor, Benedict XVI.

Speaking from the balcony of the residence of Rio's archbishop, Francis noted that Friday is celebrated as Grandparent's Day in much of the world and that young people should take the occasion to honor and thank their grandparents for the wisdom they share.

"How important grandparents are for family life, for passing on the human and religious heritage which is so essential for each and every society!" he said.

Francis spoke about the important "bridge" between young and old in his brief remarks to journalists en route to Rio, saying young Catholics have the strength to bring the church forward while older Catholics have the "wisdom of life" to share that shouldn't be discarded.

"This relationship and this dialogue between generations is treasure to be preserved and strengthened," he said Friday.

Francis started off the day, his fifth in Rio, by hearing confessions from a half-dozen young pilgrims in a Rio park and met privately with a group of juvenile detainees, a priority of his ever since his days as archbishop of Buenos Aires and an expression of his belief that the church must reach out to the most marginalized and forgotten of society. Even now as pope, he calls a group of youths in a Buenos Aires detention center every two weeks just to keep in touch.

In the park, a white tent was set up to receive the faithful for confession, with small makeshift confessionals off to the side. Five youths, chosen through a raffle, were selected for confession, a sacrament in which Catholics confess their sins and are forgiven.

"It was just five minutes, it followed the regular ritual of confession, but then Francis stayed and talked with us," said one of the five, Estefani Lescano, 21, a student from La Guaira, Venezuela. "It was all very personal. He told us that young people have the responsibility of keeping the church alive and spreading the word of Christ."

The sun finally came out on Friday, ending four days of rain that soaked pilgrims and forced the relocation of the festival's culminating Mass on Sunday. Instead, the Mass and the Saturday night vigil that precedes it will take place at Copacabana Beach rather than the mud pit covering the original site in Guaratiba, some 30 miles west of central Rio.

The improved weather bode well for Friday's main event, the evening Way of the Cross procession re-enacting Christ's crucifixion, held improbably at Copacabana, ground zero for hedonism in the city. It will be a chance for Francis to show his more spiritual side, a day after he demonstrated his rebel streak by urging young Catholics to shake up the church and make a "mess" in their dioceses by going out into the streets to spread the faith. It's a message he put into practice by visiting one of Rio's most violent slums.

Rio officials and organizers of the World Youth Day, meanwhile, came under withering criticism for disorganization, raising questions about the city's ability to host future megaevents, such as the 2014 World Cup and the 2016 Olympics.

Within minutes of the pope's arrival Monday, his motorcade took a wrong turn and got stuck in traffic, allowing a mob to swarm the pope's car. On Wednesday, the subway shut down for two hours, stranding tens of thousands of pilgrims heading to an official World Youth Day welcome. On Thursday, several subway stations were closed around Copacabana before the pope's first official appearance at the youth fest, forcing some of the 1 million in attendance to walk several kilometers to find alternate transportation.

"We had to wait literally all day to get the welcome packet," said Christina Wegman, a 17-year-old from Amarillo, Texas. "And when I say all day, I mean from 8 a.m. to 9 p.m. The lines were really long."

Her friend Chelsea Perez, a 16-year-old also from Amarillo, said she had problems with the accommodations, a school where they've been sleeping 17 to a small room.

"It's really hot, really tiny and I really haven't been sleeping much," she said. "But the good part is that I've made friends from Italy, from France, from Brazil, from all over. Seeing how God can bring us together and make us a family, it's amazing."

A special section on the papal visit in Rio's main newspaper O Globo carried the headline "Disorganized Journey" on Friday, and featured a large photo of the mud- and- water-logged field in Guaratiba where the pontiff had originally been scheduled to celebrate Sunday Mass.

"Errors with the pope's arrival and the breakdown of the subway ... reinforce suspicions about the country's ability to be a good host," read an editorial in O Globo.

The editorial went on to blast the "pachydermic slowness and inefficiency of the government" to respond to logistical problems and ended by saying that "there is no excuse" for all the woes.

Rio Mayor Eduardo Paes defended the city, saying Friday that "there is no infrastructure in the world that could handle 1 million people leaving the same place all at once and not having lines, not having a wait. It's impossible."

The Rev. Thomas Rosica, director of World Youth Day in Toronto 2002 and an assistant Vatican spokesman, said there had been logistical problems at previous World Youth Day editions and played down the importance of everything running like clockwork.

Rather, he said, the spiritual inspiration of the event was more important than overcoming the logistical hurdles. "We have 28 years of experience now of young people's lives being profoundly changed at these events," Rosica said. "Believe it or not, big things happen."