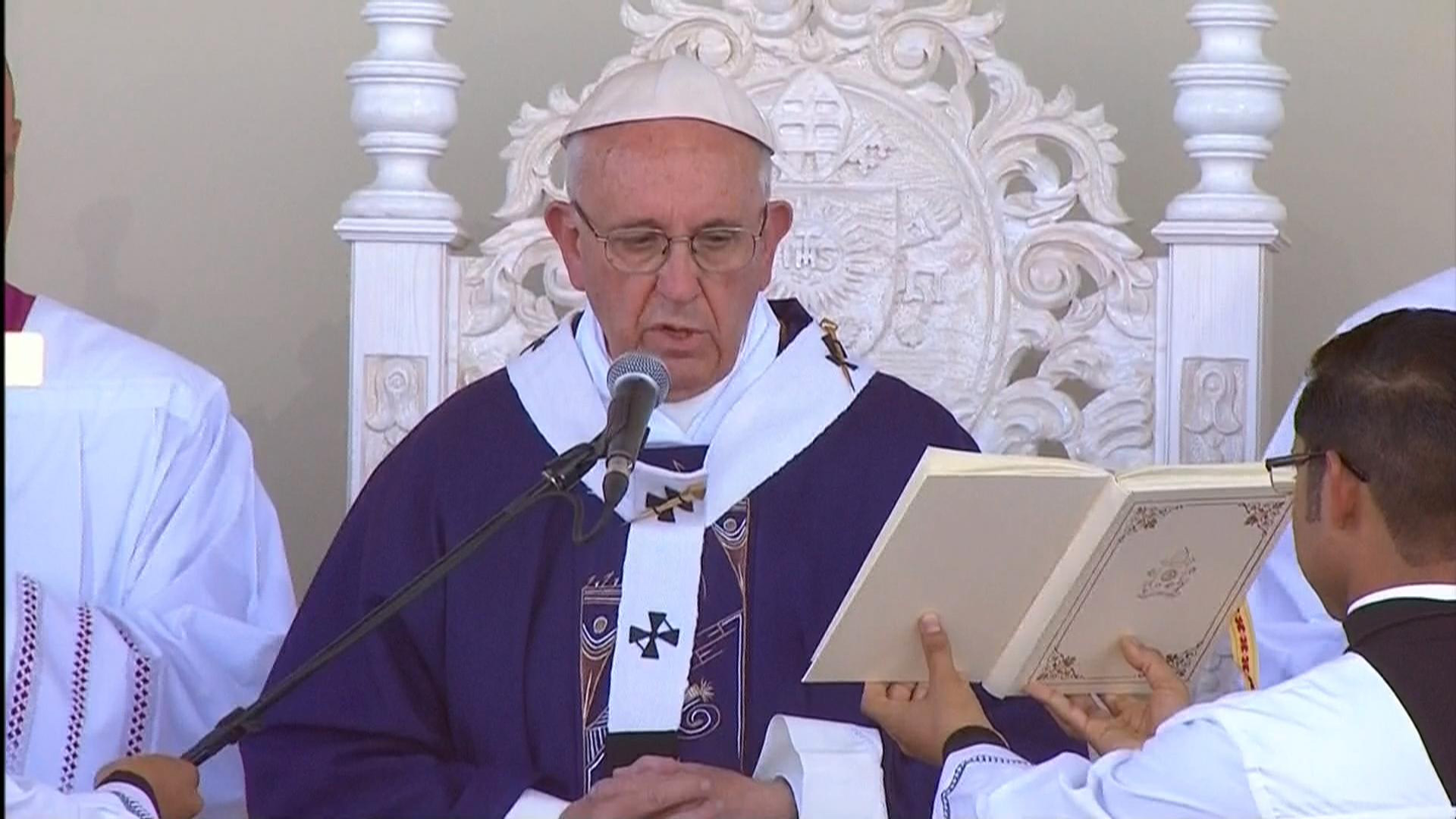 CIUDAD JUAREZ, Mexico -- Pope Francis is jumping into the fight over immigration, as he celebrates Mass just across the Rio Grande from Texas.

Francis walked along the U.S.-Mexico border fence, his strongest stand yet in solidarity with migrants. He is addressing their plight at a Mass before 200,000 in Juarez, calling it a "humanitarian crisis."

Across the border in El Paso, a crowd of 30,000 watched the Mass at a stadium -- a symbolic event for two cities separated only by a river, and connected by a choir comprised of people from both sides.

Americans Flor and Ana Garcia were part of it.

"We feel part of both communities as we go back and forth so often," Flor Garcia told CBS News.

The mother and daughter have seen the ravages of violence in Juarez, fueled by cartels and human smugglers -- troubles Pope Francis is addressing head-on.

"Going to all the places where people are struggling and showing that he's there shows that even in the darkest moments, there's the brightest light," Ana Garcia said.

Ana has been singing since she was three and feels her life has led up to this moment. When she found out she'd be part of the choir, Ana said, "We were practically just, like, jumping around the house for the rest of the day."

"It's like bonding, it's a very deep experience that we're both in it," Flor said.

It's also a powerful moment for the crowd as they listen to the Pope. On immigration he has been blunt, calling for the end to deaths and exploitation. His choice of location at the border is a clear message not only to Mexico, but also to the U.S.