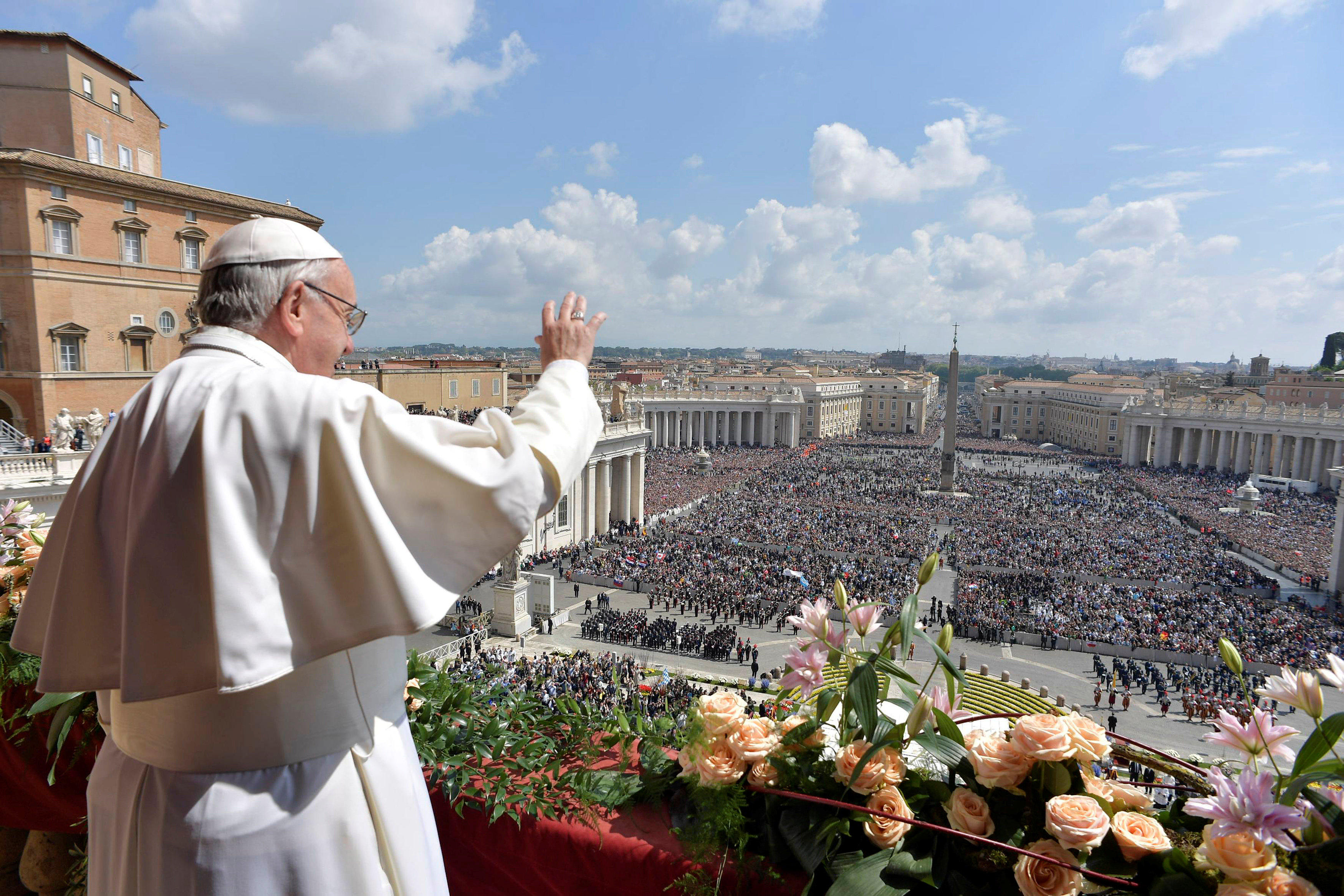 VATICAN CITY -- In an impromptu Easter Sunday speech, Pope Francis on Sunday encouraged people to hold fast in their “fearful hearts” to faith despite all the wars, sickness and hatred in the world, acknowledging that many wonder where God is amid so much evil and suffering.

Tens of thousands of faithful braved heavy security checks -- and, later, a brief downpour from what had been sunny skies -- to enter St. Peter’s Square where Francis celebrated Mass on the steps leading to St. Peter’s Basilica.

Traditionally, the pope gives no homily during the late-morning Easter Mass, saving his reflections for the “Urbi et Orbi” a solemn message delivered “to the city and to the world” -- at noon from the central balcony of St. Peter’s Basilica.

But Francis broke with that tradition, giving an off-the-cuff homily during Mass to try to answer what he described as a nagging question for many faithful: why are there so many tragedies and wars in the world if Jesus has risen from the dead, a belief Christians celebrate each Easter.

“The Church never ceases to say, faced with our defeats, our closed and fearful hearts, ‘stop, the Lord is risen.’ But if the Lord is risen, how come these things happen?” Francis said, citing accidents, illnesses, human trafficking, revenge and hatred, among other suffering.

“Nobody asks us: ‘But, are you happy with all that’s happening in the world?’ Are you willing to go forward’,” carrying a cross, as Jesus did? Francis asked the faithful.

Francis gestured toward the potted hyacinths, tulips and daffodils, as well as bouquets of pink roses, arranged in neat rows on the steps leading to the imposing church.

Easter “isn’t a party with lots of flowers. This is pretty, but it’s not this, it’s more than this,” Francis said, describing the day as an occasion to ponder the mystery of faith.

Francis said Easter brings “a sign in the midst of so many calamities: a sense of looking beyond, of saying don’t look to a wall, there’s a horizon, there’s life, there is joy.”