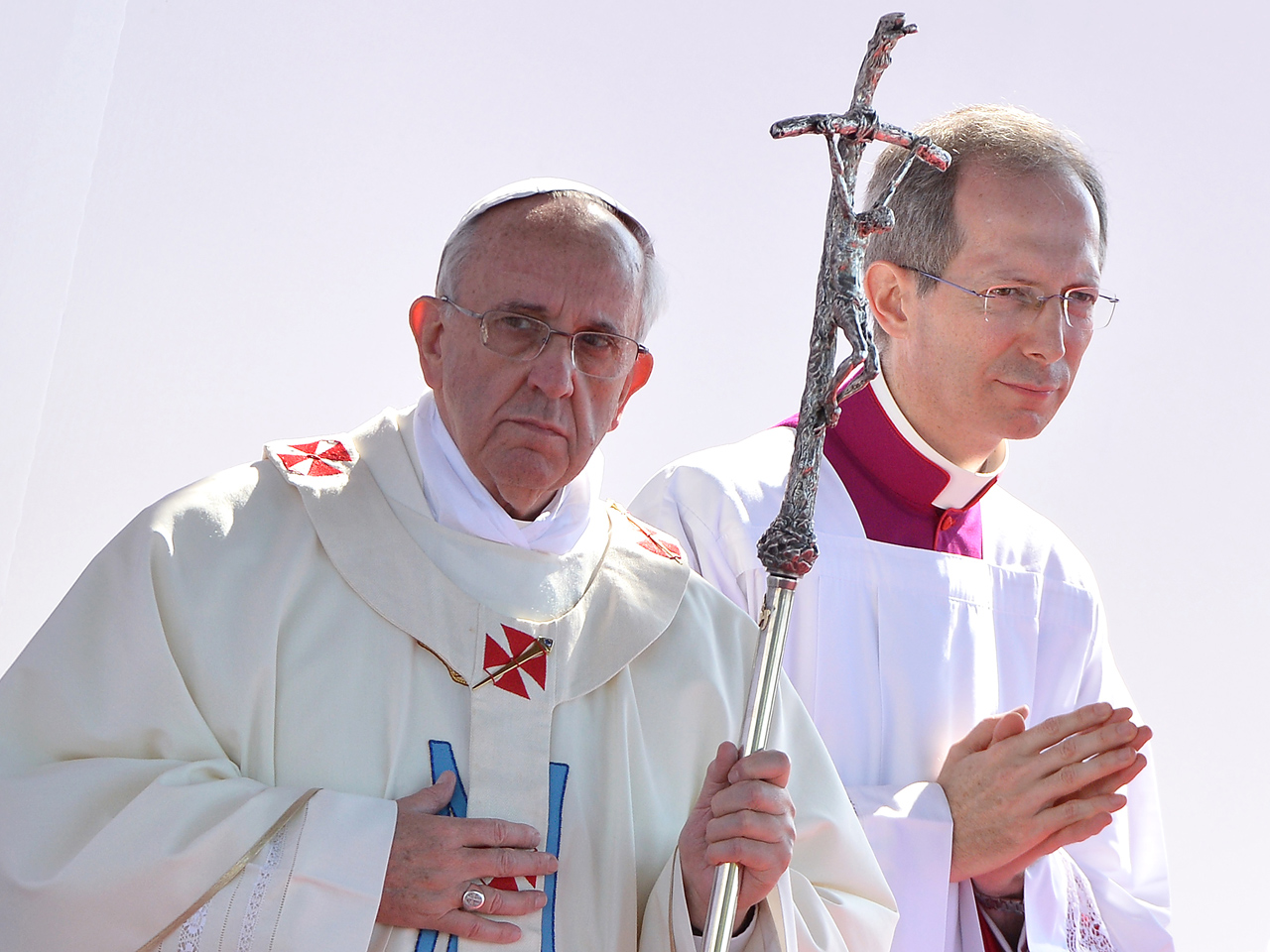 CAGLIARI, Sardinia Pope Francis denounced what he called big business's idolatry of money over man as he traveled Sunday to one of Italy's poorest regions to offer hope to the unemployed and entrepreneurs struggling to hang on.

Francis left aside his prepared remarks and spoke off the cuff to thousands of people in Sardinia's capital, telling them he knew well what it was like to suffer from financial crisis. He recalled that his Italian parents, who immigrated to Argentina before he was born, spoke about it often at home.

"My young father went to Argentina full of illusions of making it in America," a somber Francis told the crowd at the start of a daylong visit to the island. "And he suffered the terrible crisis of the 1930s. They lost everything. There was no work."

He said it's easy for a priest to come and tell the poor to have courage, but that he really meant it. Amid shouts of "Lavoro! Lavoro!" (Work! Work!), Francis called for a dignified work for all.

"Excuse me these are strong words, but I speak the truth," Francis said. "Where there is no work, there is no dignity."

Sardinia, known for its pristine beaches and swank vacation homes, has been particularly hard-hit by Italy's economic crisis, with factories closing and more and more of the island's families forced to seek charity. The island's desperation made headlines last year when a coal miner, participating in an underground sit-in to protest the planned closure of the mine, slashed his wrists on television.

Francis told the crowd, many of whom wore hardhats from their defunct factory jobs, that the problems in Sardinia weren't the island's alone. He said the problems were the result of a global economic system "that has at its center an idol called money."

Francis has made reaching out to the poor and most marginal the priority of his pontificate. This is only his second visit to an Italian city outside Rome; the first was to the isolated island of Lampedusa, where thousands of migrants come ashore each year.

Francis noted the similarity, saying both islands were places of immense suffering but also hope.

"It's easy to say `don't lose hope,"' he said. "But to all of you who have work, and to those who don't, let me tell you: Don't let yourselves be robbed of hope."

Later, Francis celebrated Mass in the piazza outside the Sanctuary of Our Lady of Bonaria, the island's patron and namesake of Francis' native Buenos Aires. The pope is particularly devoted to the Madonna and wanted to make a pilgrimage to the shrine.

After Mass, Francis had a full day planned: He was to meet with the poor and some prisoners in the capital's cathedral, deliver a speech at the island's Catholic university and finally meet with young Sardinians before leaving for the hour-long flight back to Rome.