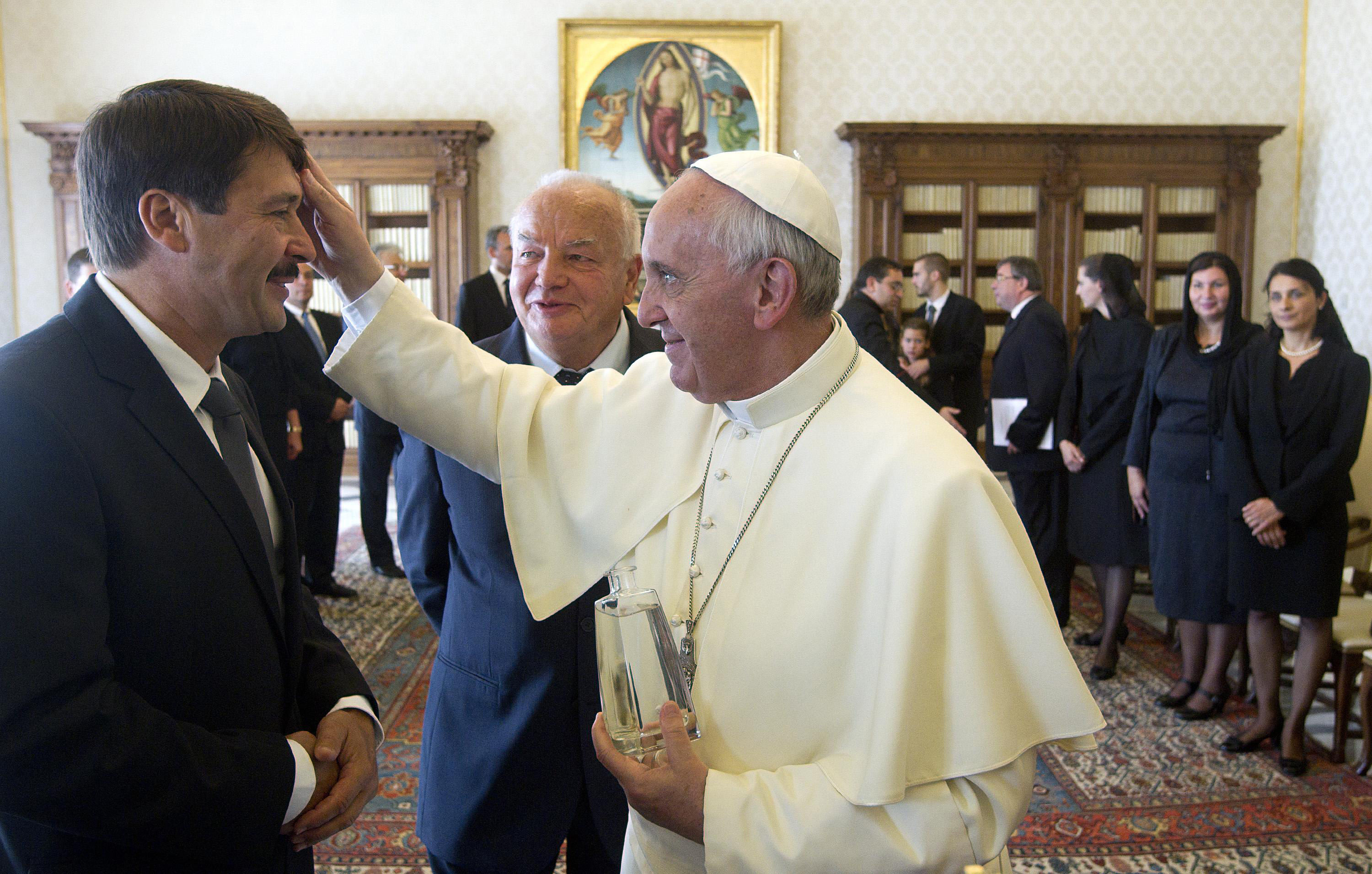 VATICAN CITY Pope Francis offered an olive branch of sorts to the doctrine-minded, conservative wing of the Catholic Church on Friday as he denounced abortions as a symptom of today's "throw-away culture" and encouraged Catholic doctors to refuse to perform them.

Francis issued a strong anti-abortion message and cited Vatican teaching on the need to defend the unborn during an audience with Catholic gynecologists.

It came a day after he was quoted as blasting the church's obsession with "small-minded rules" that are driving the faithful away. In an interview that has sent shockwaves through the church, Francis urged its pastors to focus on being merciful and welcoming rather than insisting only on such divisive, hot-button issues as abortion, gay marriage and contraception.

Even before the interview was published, some conservatives had voiced disappointment that Francis had shied away from restating such church rules. Francis explained his reason for doing so in the interview with the Jesuit journal La Civilta Cattolica, saying church teaching on such issues is well-known, he supports it, but that he doesn't feel it necessary to repeat it constantly.

He did repeat it on Friday, however. In his comments, Francis denounced today's "throw-away culture" that justifies disposing of lives, and said doctors in particular had been forced into situations where they are called to "not respect life."

He urged the gynecologists to abide by their consciences and help bring lives into the world. "Things have a price and can be for sale, but people have a dignity that is priceless and worth far more than things," he said.

Francis' comments to Civilta Cattolica contained no change in church teaching, but they represented a radical shift in tone and stood in stark contrast to the priorities of his two immediate predecessors.

John Paul II and Benedict XVI were both intellectuals for whom doctrine was paramount, an orientation that guided the selection of a generation of bishops and cardinals who, in countries like the United States, have put themselves on the front lines in opposing abortion and gay marriage. They now find themselves being asked to preach more to those who have fallen away from the church and offer them a compassionate welcome home.

Greg Burke, the Vatican's senior communications adviser, insisted Friday that Francis was by no means calling into question the papacies and priorities of his predecessors.

Dublin Archbishop Diarmuid Martin, Ireland's most reform-minded Catholic leader, said Francis' comments will be tough for the church to put into action because there is a tendency to get "trapped" into the right and wrong, white and black of Catholic teaching.

"It's a way of thinking that will actually be very hard for the right and the left of the church, either of them, to accept," he told RTE radio. But he said Francis wasn't dismissing everything that has been taught to date.

Bishop Thomas Tobin of Providence, Rhode Island, just last week had said in an interview with his diocesan newspaper that he was "a little bit disappointed" that Francis hadn't spoken out about abortion. On Friday, in an official statement responding to the La Civilta Cattolica article, Tobin said he admired Francis' leadership.

"Being a Catholic doesn't mean having to choose between doctrine and charity, between truth and love. It includes both. We are grateful to Pope Francis for reminding us of that vision," he said.

U.S. Cardinal Timothy Dolan, who as head of the U.S. Conference of Catholic Bishops has taken a lead role in voicing the U.S. church's opposition to contraception and gay marriage, told "CBS This Morning" that the church isn't the only one obsessed with such issues - today's culture is.

"Every pope has a different strategy," Dolan said. ''What I think he's saying is, 'Those are important issues and the church has got to keep talking about them, but we need to talk about them in a fresh new way. If we keep kind of a negative finger-wagging tone, it's counterproductive. "

He said that while Francis had sent shockwaves throughout the church, clearly it was necessary.

Turning to the issue of the role of women within the Catholic church, Dolan summarized the pope's sentiments. "He warned against the feminine machismo."

"The feminine genius is needed wherever we make important decisions," Pope Francis told the magazine, explaining that in his view, "the church cannot be herself without the woman and her role. ... We have to work harder to develop a profound theology of the woman."