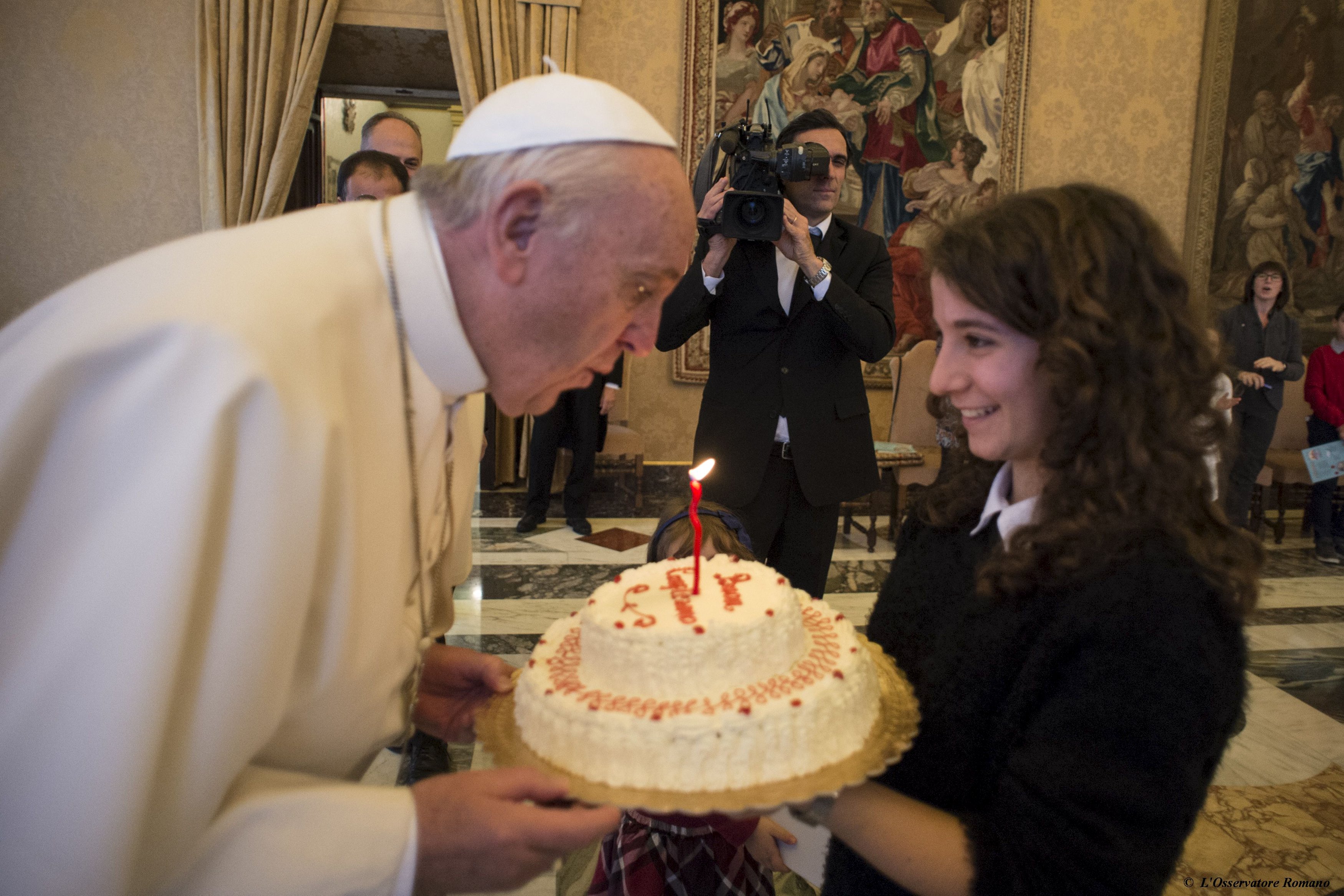 VATICAN CITY -- Pope Francis entered his 80th year on Thursday amid hopes among his critics that it will be his last -- at least as pope.

While Francis remains enormously popular among most rank-and-file Catholics, a small but vocal group of conservatives who have never much cared for his radical agenda have grown increasingly strident in criticizing the pope now that there is little doubt left about his priorities.

They have taken aim at the just-concluded synod on family issues, where the divisive issue of Communion for the civilly remarried took center stage. They have raised alarm at Francis' call for a more decentralized church and his loosening of the Vatican's marriage annulment process. They have winced at his environmental alarmism, wondered what's in store for Catholic orthodoxy in this Holy Year of Mercy and blasted as sacrilege the recent screening of nature shots on St. Peter's Basilica.

The Remnant, a small, traditionalist U.S. newspaper, last week penned an open letter begging Francis to change course or resign, arguing that his papacy was "causing grave harm to the church." Organizers say a few thousand people have signed onto the petition.

"You have given many indications of an alarming hostility to the church's traditional teaching, discipline and customs, and the faithful who try to defend them, while being preoccupied with social and political questions beyond the competence of the Roman Pontiff," the newspaper said. "This appalling situation has no parallel in church history."

To put it more simply: "Many people in the Vatican want Francis dead," said Francesca Chaouqui, the woman at the heart of a leaks scandal currently convulsing Francis' Vatican.

In an interview last weekend with Italy's La Stampa newspaper, Chaouqui said Francis' in-house reforms and nominations have emboldened his enemies, many of whom were in the Vatican when Francis was archbishop of Buenos Aires and had a less-than-pleasant relationship with Rome.

Some of these cardinals and bishops are openly resisting his reforms while others inside and out of the Vatican are simply waiting out his pontificate under the argument that popes come and go but the Curia remains.

"Pope Francis is no longer trusted by many conservative Catholics and the number who don't trust him has grown enormously since the synod," conservative columnist Damian Thompson wrote in Britain's Spectator last month. He said he doesn't see the dust settling until the next conclave, "which lots of conservative Catholics want to happen as soon as possible."

The Argentine Jesuit, who has rarely backed down from a fight, seems unfazed and quite possibly emboldened by the criticism. And there is no indication that it poses any real threat to his broad popularity since the concern has been confined in the public sphere at least to mostly Anglo-Saxon and Italian pundits writing in predictably conservative publications, claiming to speak for a growing number of otherwise anonymous Catholic laity and clergy.

Next Monday will be a good litmus test to show just how far Francis is willing to push the envelope when he gathers the Curia for his traditional Christmas greetings.

It was at that usually jovial affair last year that Francis issued a blistering, public dressing down of his closest collaborators by diagnosing the "15 ailments of the Curia." He accused the cardinals and bishops of the Vatican bureaucracy of using their careers to grab power and wealth, of living "hypocritical" double lives and of forgetting - due to "spiritual Alzheimer's" - that they're supposed to be joyful men of God.

It didn't go down well.

"Since then, the murmuring of criticism of Jorge Mario Bergoglio has grown, always though anonymously given the pope's reaction to anyone who criticizes or irritates him," Italy's veteran Vatican analyst and frequent Francis critic Sandro Magister wrote recently. "Many are wondering what he'll say this time."

In fact, many wonder what the pope says a lot of the time.

Canon lawyer Edward Condon, writing in Britain's Catholic Herald last month, said Francis' casual, often imprecise way of speaking has led to enormous confusion among the faithful about where he stands, and has sparked a mini-industry of papal interpreters who try to parse what he really means.

"If the pope isn't trying to leave himself open to constant contradictory interpretations, what is going on?" Condon asked. "The most obvious answer seems to be that he is simply unaware of the turmoil carrying on outside the Vatican walls."

What transpired ON the Vatican walls last week has for many been the last straw.

On Dec. 8, a major Catholic feast day honoring the Virgin Mary and the official start of Francis' Holy Year of Mercy, the Vatican projected National Geographic and other images of animals and nature on the facade of St. Peter's Basilica. The spectacular sound and light show, sponsored among others by the World Bank, aimed to both highlight Francis' environmental appeal and coincide with the final stretch of climate negotiations in Paris.

Criticism among conservatives on both sides of the Atlantic was swift and severe.

"The sense that St. Peter's Basilica has been profaned is strong," Italian Catholic author Antonio Socci wrote on his Facebook page. "The holy place par excellence, the heart of Christianity transformed on a maxi-screen for the show of the 'New World Power Ideology' -- and the Nativity crib was left in darkness."