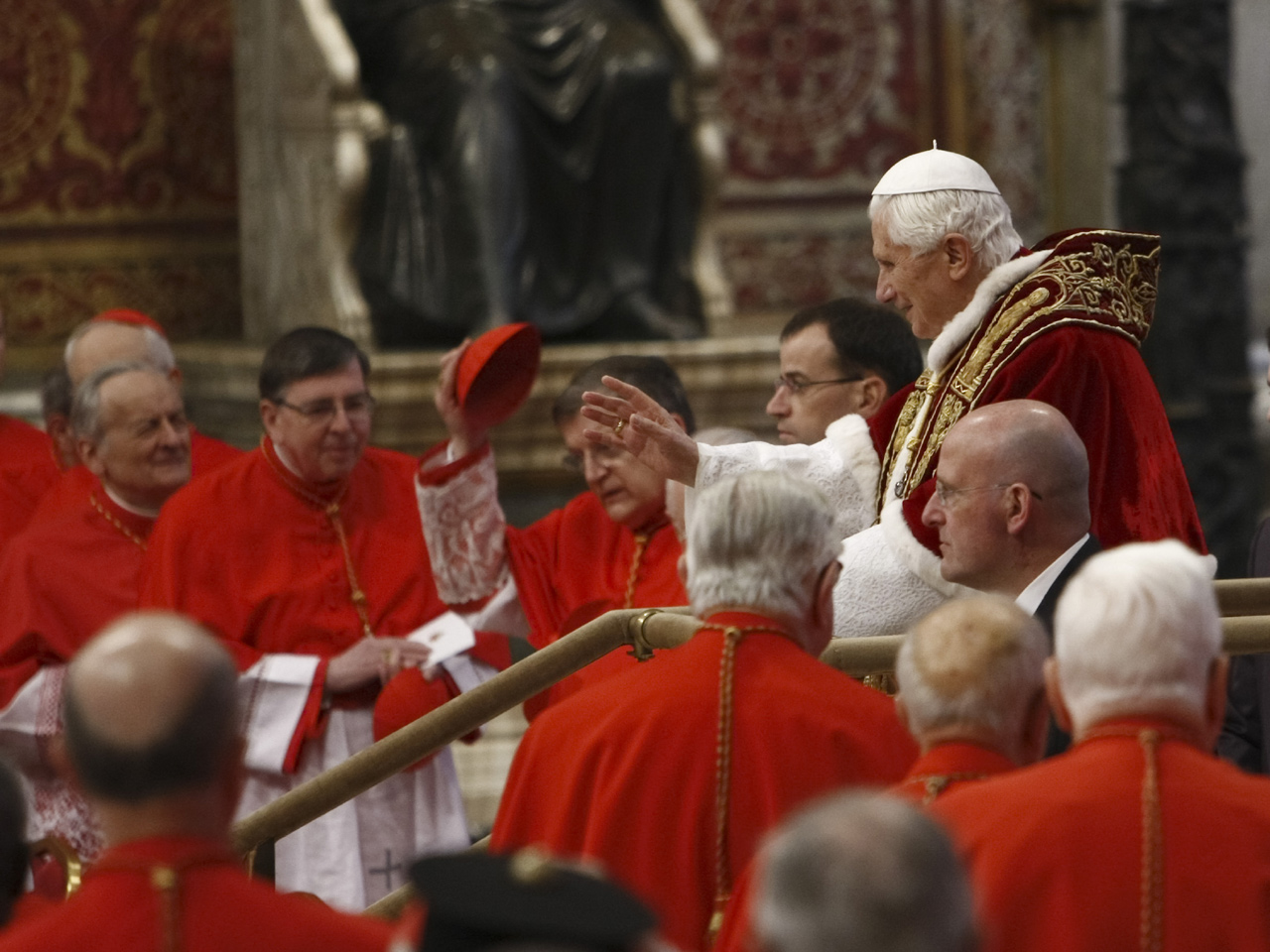 (CBS/AP) VATICAN CITY - Pope Benedict XVI waded deep into U.S. campaign politics Friday, urging visiting U.S. bishops to beef up their teaching about the evils of premarital sex and cohabitation, and denouncing what he called the "powerful" gay marriage lobby in America.

As debate over health care coverage for birth control rages in the United States, Benedict said there was an urgent need for Catholics in America to discover the value of chastity — an essential element of Christian teaching that he said had been subject to unjust "ridicule."

Benedict has long championed traditional marriage between man and woman, as well as opposition to premarital sex and fidelity within marriage. But his strong comments to visiting U.S. bishops took on particular significance given the culture wars that have erupted in the U.S. this campaign season.

U.S. bishops are currently locked in an election year battle with the Obama administration over federal funding for birth control.

In addition, bishops have been at the forefront of the campaign against same-sex marriage, with at least five U.S. states scheduling ballot measures on the issue in coming months. Cardinal Timothy Dolan, the head of the U.S. conference of bishops and archbishop of New York, unsuccessfully lobbied against the legalization of gay marriage in his state.

Last month, Dolan urged Mr. Obama to reverse his administration's decision requiring all employers to provide birth control as part of their health plans. "This was a terribly misguided judgement," Dolan said in an interview on "CBS This Morning" (watch at left).

The 84-year-old pope acknowledged his comments might sound anachronistic or "countercultural," particularly to the young. But he told bishops to not back down in the face of "powerful political and cultural currents seeking to alter the legal definition of marriage."

"Sexual differences cannot be dismissed as irrelevant to the definition of marriage," he said.

He also denounced what he called the failure of priests and bishops to instruct Catholics in core church teachings on human sexuality, saying many Catholics seem unaware that living together outside of marriage was "gravely sinful, not to mention damaging to the stability of society."

The entire Christian community, he said, must recover an appreciation of the virtue of chastity.

"Young people need to encounter the church's teaching in all its integrity, challenging and countercultural as that teaching may be; more importantly they need to see it embodied by faithful married couples who bear convincing witness to truth," he said.

Benedict said a weakened appreciation for traditional marriage and the widespread rejection of responsible sexuality had led to "grave social problems bearing an immense human and economic cost." He didn't elaborate on what the cost was.

Groups of visiting U.S. bishops have been traveling to Rome for the past several months as part of bishops' regular once-every-five-year visits with the pope and senior Vatican officials.