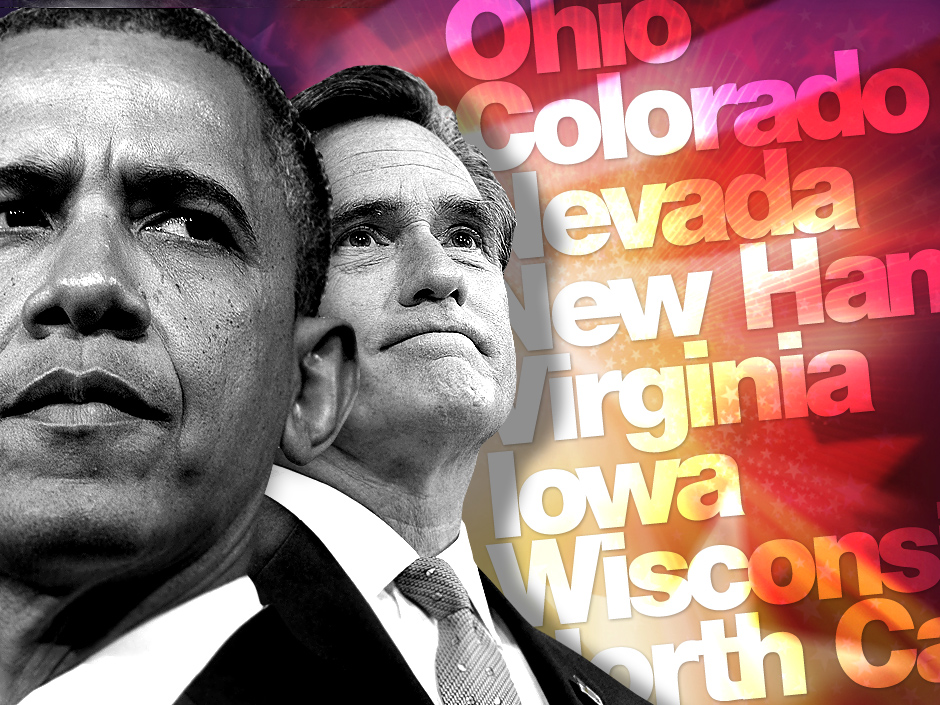 According to the Gallup daily tracking survey, the first presidential debate tilted the race toward Republican nominee Mitt Romney almost overnight and he has held onto his lead in that survey. But two new state polls show President Obama maintaining a healthy lead in contested battlegrounds less than three weeks before Election Day.

In Friday's edition of Gallup's tracking poll, Mitt Romney leads President Obama by six points, 51 to 45 percent, a sizable margin for the Republican that has receded slightly from his 52-45 lead in yesterday's poll.

But even today's diminished margin reflects a stark turnaround from Gallup's pre-debate numbers, which put Mr. Obama ahead by 4 points, 49 to 45 percent, on the October 3, the day of the first presidential debate.

Despite the volatility seen in Gallup's numbers, the latest swing-state numbers from NBC News/Wall Street Journal/Marist reflect a race that has barely moved since the end of September, with Obama retaining a modest but clear lead in Wisconsin and Iowa.

In Iowa, the President leads GOP challenger Mitt Romney by eight points, 51 to 43 percent, a margin identical to the last Iowa survey from NBC/WSJ/Marist, which showed the President besting Romney, 50 to 42 percent.

The Wisconsin survey shows the president with a six-point lead over Romney, 51 to 45 percent, an identical margin to last month's survey.

While some recent polls have shown Romney eroding the president's lead with women voters, the new numbers from NBC/WSJ/Marist show a gender gap that is alive and kicking - both surveys show Mr. Obama ahead among women by almost 20 points.

The president also leads among early voters in both states - the 34 percent of Iowa voters who said they have already cast ballots selected Mr. Obama over Romney, 67 to 32 percent. Romney wins those who plan to vote on election day by a 54 to 39 percent margin.

In Wisconsin, early voters (15 percent of the sample) voted for the president, 64 to 35 percent. Mr. Obama also leads slightly among Election Day voters in Wisconsin, with a 48 to 47 percent advantage over Romney.

The surveys were conducted between Monday and Wednesday, both before and after the town hall debate at which Mr. Obama was judged to bounce back from a poor first debate performance.

Both states are critical to Mr. Obama's swing-state "firewall" and together account for 16 electoral votes.