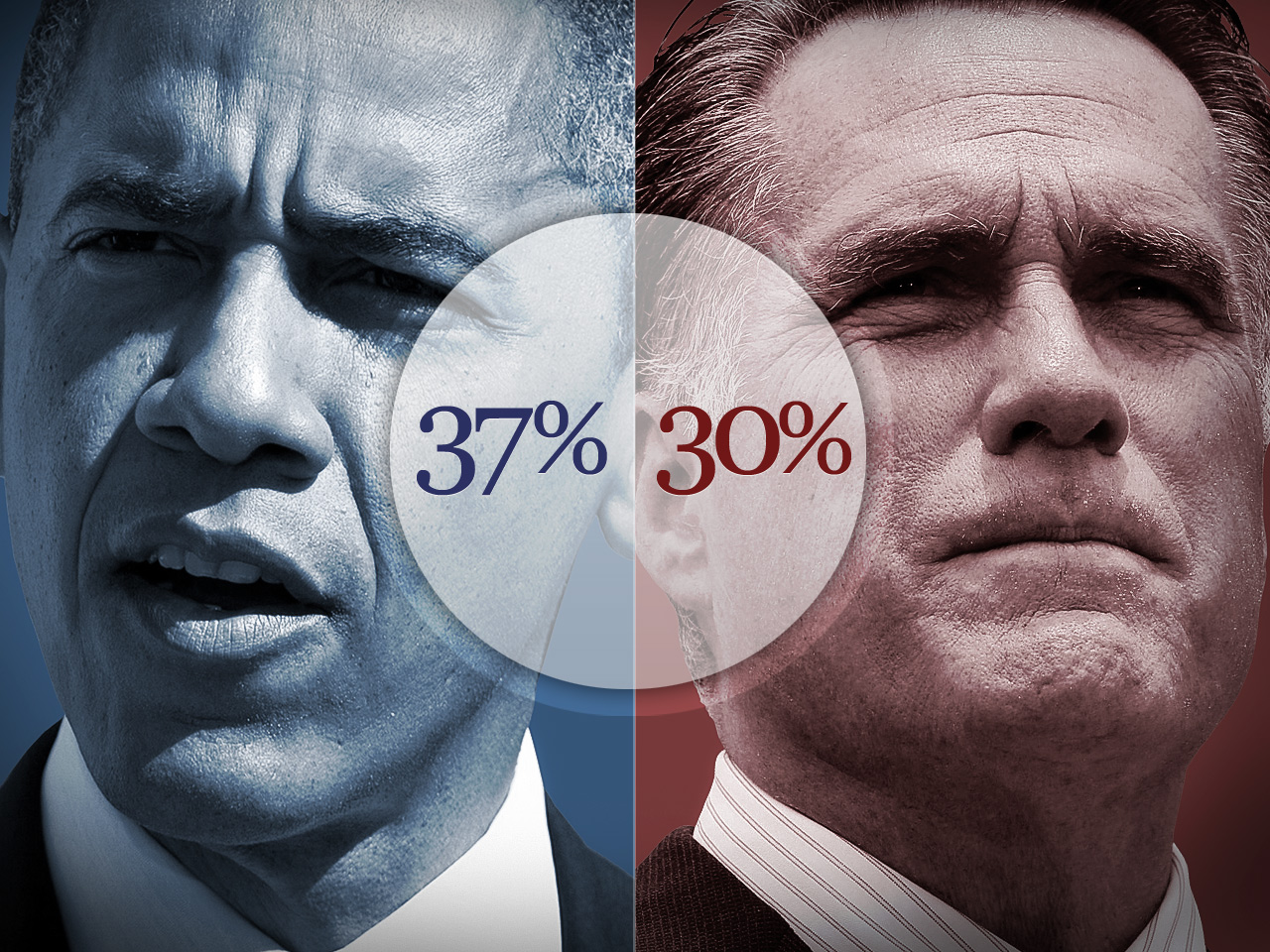 Moments following the debate at Hofstra University in Hempstead, N.Y., 37 percent of voters polled said the president won, 30 percent awarded the victory to Romney, and 33 percent called it a tie. After some particularly animated exchanges between the two candidates, 55 percent of voters said Mr. Obama gave direct answers, but 49 percent also said that about Romney.

Obama would also be more likely to help the middle class, according to 56 percent of voters after the debate, compared with 43 percent who said that about Romney.

The survey polled 525 voters who are undecided or who may still change their minds. Most of these uncommitted voters are not affiliated with a political party: 56 percent describe themselves as politically independent, 21 percent identify as Republicans, and 23 percent are Democrats.

In a similar poll taken immediately following the first presidential debate, uncommitted voters agreed 2-to-1 that Romney was the winner.

This CBS News poll was conducted online using GfK's web-enabled KnowledgePanel(r), a probability-based panel designed to be representative of the U.S. population. The poll was conducted among a nationwide random sample of 525 uncommitted voters who have agreed to watch the debate. Uncommitted voters are those who don't yet know who they will vote for, or who have chosen a candidate but may still change their minds.

GfK's KnowledgePanel participants are initially chosen scientifically by a random selection of telephone numbers and residential addresses. Persons in selected households are then invited by telephone or by mail to participate in the web-enabled KnowledgePanel(r). For those who agree to participate, but do not already have Internet access, GfK provides at no cost a laptop and ISP connection.