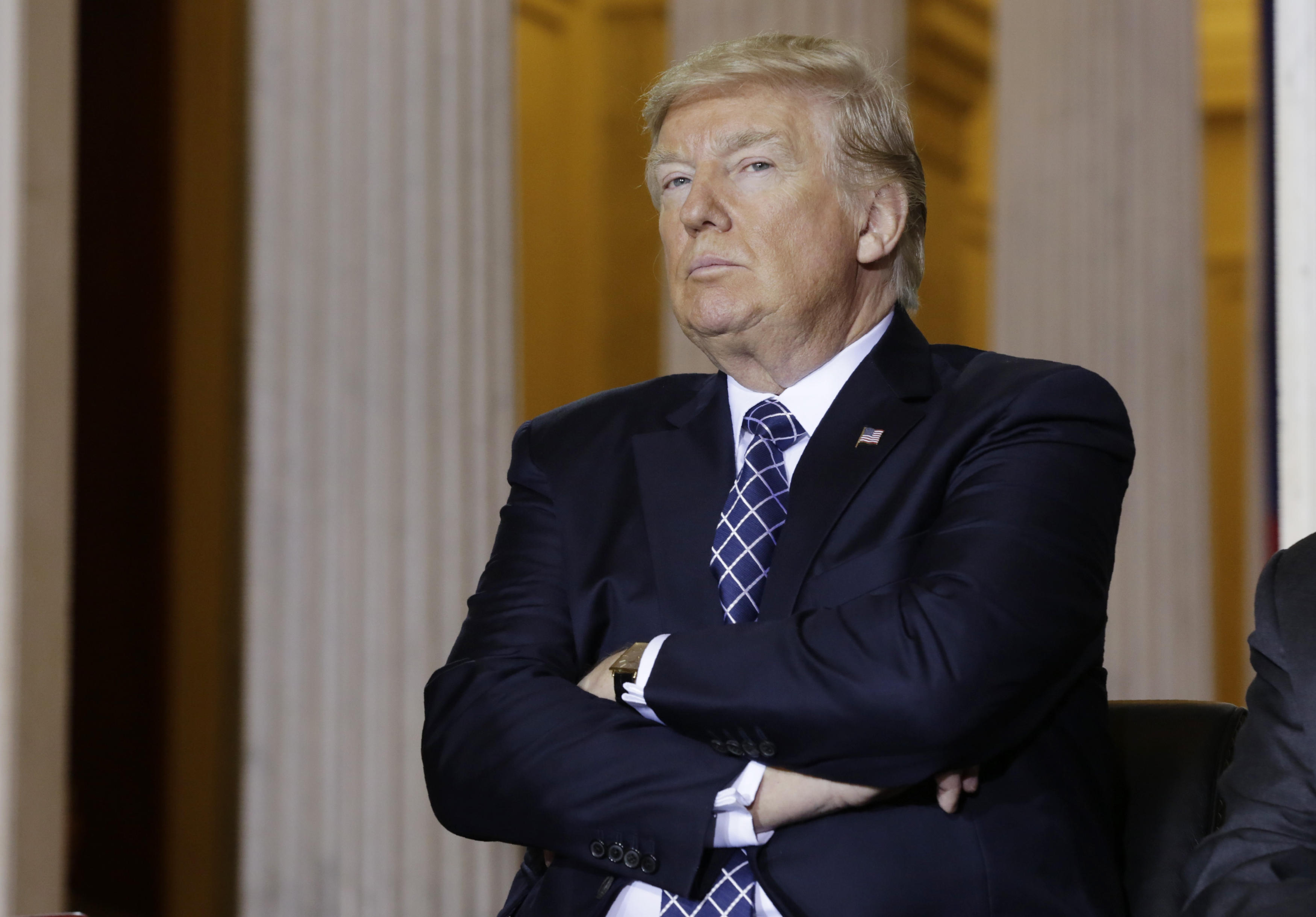 Mr. Trump is the lowest-ranking foreign leader among French voters. The survey shows they hold him in lower regard than Russian president Vladimir Putin, who garners a 70.9 percent unfavorable rating.

At home, a majority of French voters -- 68 percent -- feel France is on the wrong track; 19 percent say the country is on the right track, and 13.2 percent were undecided.

Every candidate for the French presidency included in the survey is viewed unfavorably by French voters. And the current president, Francois Hollande, has the worst ratings, with 71.4 percent viewing him unfavorably.

That strong feeling seems to be galvanizing voters: A full 100 percent of respondents said that they plan on voting in the second round of the French presidential election on May 7, and  all registered to vote. Ninety-four percent of them voted in the first round.

Most respondents -- 46.6 percent -- say they plan to vote for 39-year-old Emmanuel Macron, the centrist candidate who's been the French minister for the Economy and Finance funder Hollande. He's never held elected office. He won the most votes—21.49 percent—during the election's first round. Thirty-one percent say they intend to vote for his 48-year-old opponent, Marine Le Pen, the daughter of Jean-Marie Le Pen and inheritor of her father's political party, the right-wing National Front. She finished with 20.2 percent in the first round.

Fifteen percent of respondents say they won't vote for either candidate, while 7.3 percent remain undecided. A majority—75.6 percent—are sure of their choice, while 21.7 percent say they could change their mind, which means Macron isn't assured of victory, despite having more support at the moment.

As was the case with the most recent U.S. presidential election, both candidates are viewed unfavorably, but Macron's unfavorable rating is 51.8 percent, lower than Le Pen's 68.7 percent.

The fate of France's place in the European Union could be decided by this election; Macron supports remaining in the E.U. while Le Pen is advocating for a "French Brexit."

However, the voters are not split on this issue. Nearly two-thirds of them view the European Union favorably and to that end, 73.8 percent don't think France should "vote to withdraw like the United Kingdom did."

This despite the fact that most respondents defined their political leanings as either left or right—34.1 and 31 percent, respectively, with only a quarter considering themselves centrist. Respondents were from a range of political parties, with a slight plurality -- 16.8 percent -- identifying themselves as "Without Partisan Sympathy/Independent."

The poll surveyed 1,094 French voters from April 28 to May 2 (excluding May 1, France's Labor Day) and has a 3.0 percentage point margin of error.