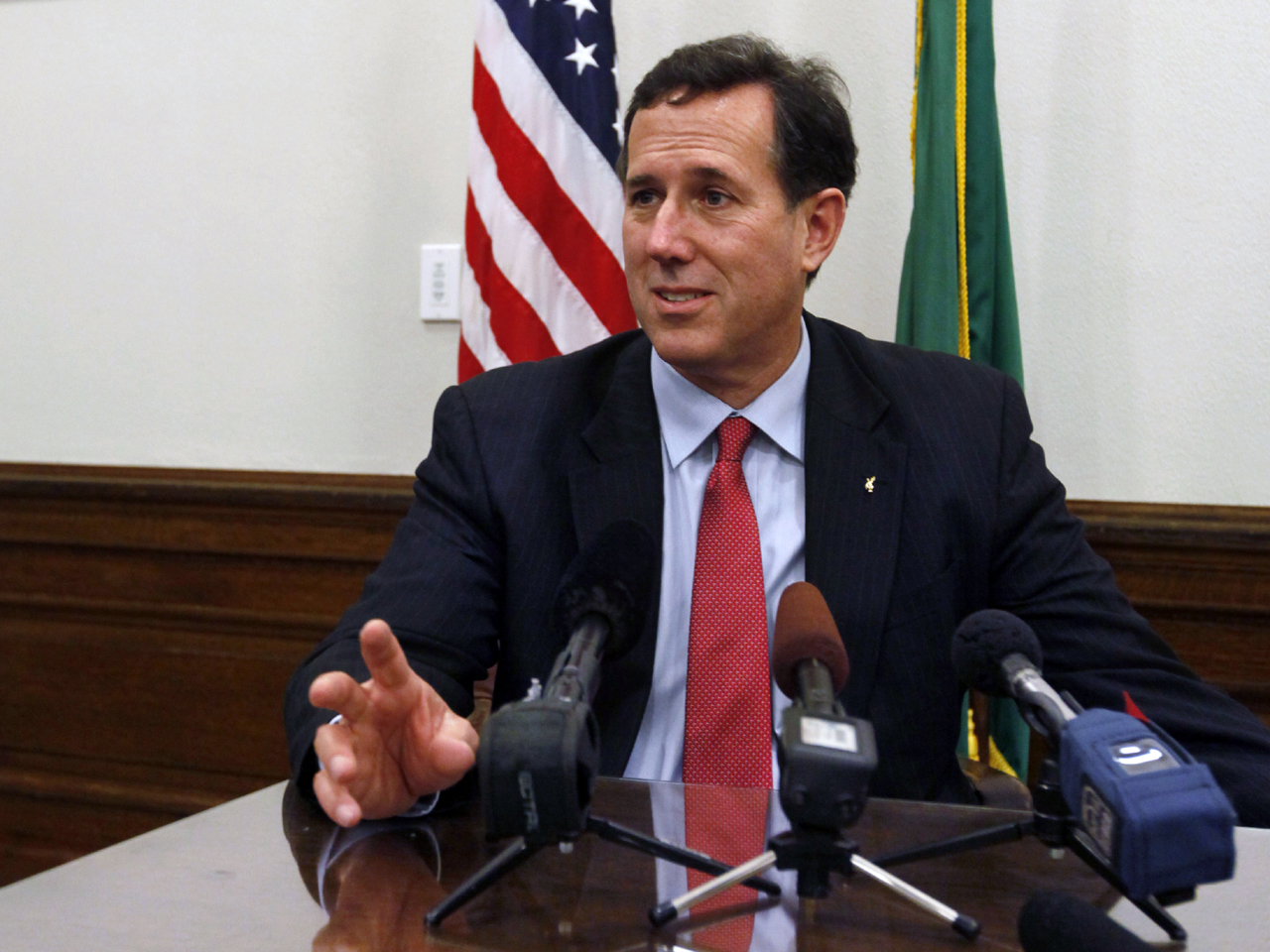 Santorum has the support of 30 percent of GOP primary voters in the poll, following by Romney at 27 percent. Ron Paul is now in third at 12 percent, followed by Newt Gingrich at 10 percent.

Just three points over Romney, Santorum's lead in the national survey is within the poll's margin of error.

Rick Santorum: No longer such a long-shot
Full coverage: Campaign 2012

The socially conservative former Pennsylvania senator received the backing of just 16 percent of Republican primary voters in a similarly worded question last month, leaving him in third place behind Gingrich.

Romney, who won the Maine caucuses on Saturday, has held fairly steady since January, while Gingrich's support has fallen by 11 points.

Self-identified conservatives divided their support among the candidates in January, but in this poll they appear to be coalescing solidly behind Santorum. He receives far more support from this group than Romney does, and conservative support for Santorum has increased since last month. (see the chart at left)

Support for Gingrich among conservatives is now half of what it was in January, just before his victory in the South Carolina primary.

Santorum also leads the Republican field among tea party supporters, who make up more than four in 10 Republican primary voters, as well as evangelical Christians. Evangelicals were key to Santorum's narrow win in Iowa last month.

In January's national poll, tea party supporters divided their support between Romney (with 29 percent) and Gingrich (28 percent), while Santorum trailed with just 18 percent. Now, 36 percent of Tea Party supporters back Santorum, and 24 percent back Romney.  In the January poll, 23 percent of white evangelicals backed Santorum. That support has now jumped to 39 percent.

Still, 60 percent of Republican primary voters nationwide say they could still change their minds about whom to support - so the race remains fluid.

Below, CBS News chief Washington correspondent Bob Schieffer talks to Charlie Rose and Erica Hill on CBS This Morning about the new poll.

This poll was conducted by telephone from February 8-13, 2012 among 1,197 adults nationwide. 1,064 interviews were conducted with registered voters and 331 with voters who said they plan to vote in a Republican primary. Phone numbers were dialed from samples of both standard land-line and cell phones. The error due to sampling for results based on the entire sample could be plus or minus three percentage points. The margin of error for the sample of registered voters could be plus or minus three points and five points for the sample of Republican primary voters. The error for subgroups may be higher. This poll release conforms to the Standards of Disclosure of the National Council on Public Polls.