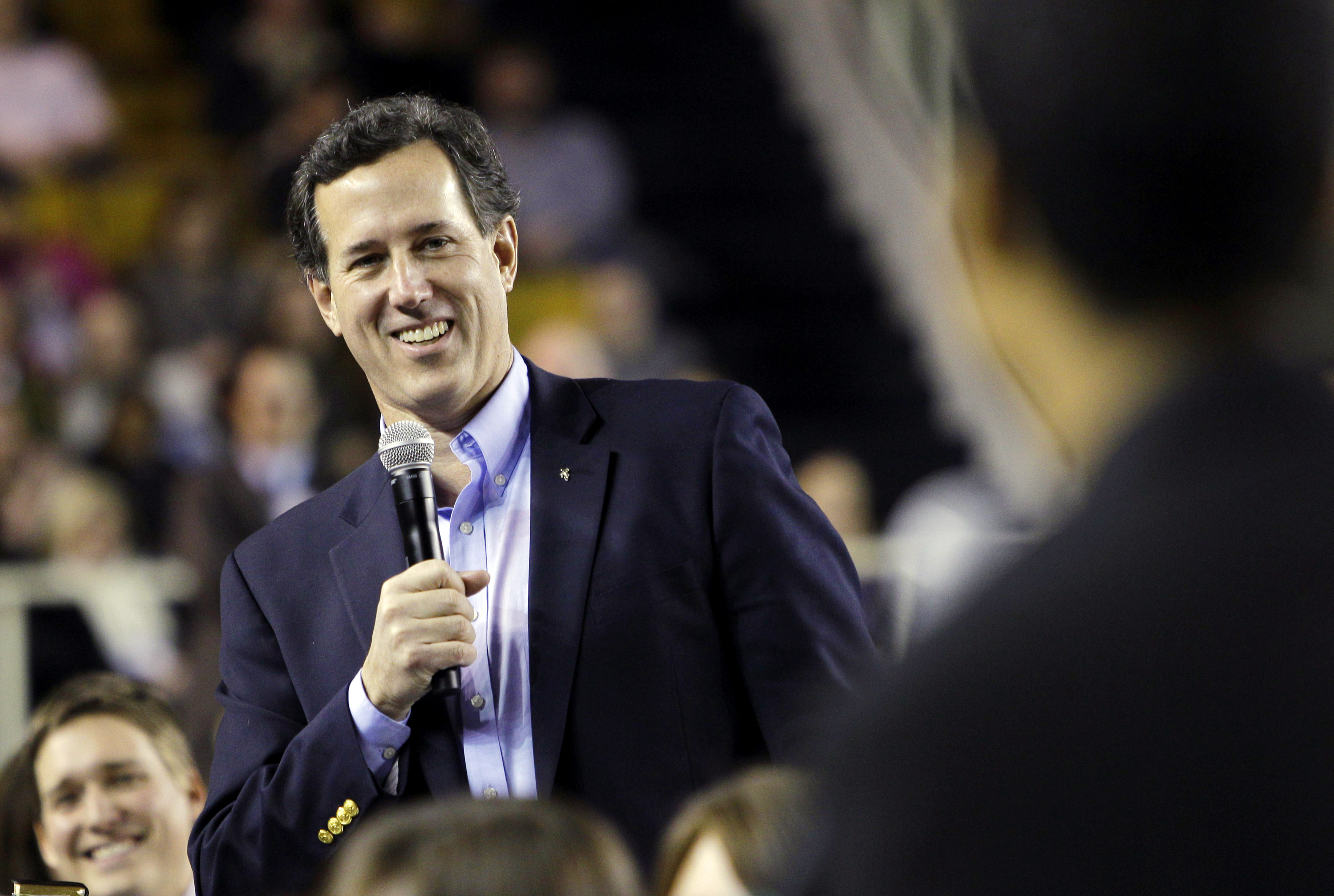 After Saturday's Maine caucuses, we've come to something of a lull in the Republican presidential race.

The next nominating contests don't come until February 28, when there are primaries in Arizona and Michigan. There is only one debate scheduled before those contests, on February 22 in Arizona. Other than that there's not much action until Super Tuesday, on March 6, when ten states hold their contests.

Though Mitt Romney won the lightly-attended Maine caucuses, it's Rick Santorum that seems to have the momentum. A new Pew Research Center national poll shows Santorum with 30 percent support to Romney's 28 percent, with Newt Gingrich taking 17 percent and Ron Paul coming in at 12 percent. Even more importantly, an ARG poll of likely Republican primary voters in Michigan shows Santorum leading Romney 33 percent to 27 percent, followed by Gingrich at 21 percent and Paul at 12 percent.

Even if Romney wins Arizona - which he is expected to do - he'd be severely damaged by a loss in Michigan, the state where Romney was born and where his father was a popular governor. Santorum has shown strength in the Midwest, where he seems to have a blue-collar appeal that Romney lacks; the former Pennsylvania senator has already won contests in Missouri, Iowa and Minnesota.

It's important not to overstate these early wins, which came in two low-turnout, non-binding caucus states and a Missouri primary that didn't actually award any delegates and was thus not seriously contested. But a Santorum victory in Michigan would make clear that Romney - whose extreme wealth (and how he made it) has already become an issue in the primary fight - has a serious problem connecting with Midwestern, blue-collar voters. It would also recast the race as a two-man battle between Santorum and Romney going into Super Tuesday.

That's when there's another crucial Midwestern contest: The Ohio primary, which polls suggest is very much up for grabs. The Santorum camp appears to be aiming for a one-two punch in Michigan and Ohio that could inflict mortal damage on Romney's campaign and leave Santorum as the improbable frontrunner for the nomination going forward.

Pulling that off, however, won't be easy. Romney has serious organizational and financial advantages over Santorum, and it's almost assured that he will hit his rival hard both on the Michigan and Ohio airwaves and on the campaign trail. (Restore our Future, the pro-Romney super PAC, tells CBS News it is already purchasing $640,000 in ads in Michigan alone.) For precedent, look no further than what happened after Gingrich won the South Carolina primary: Romney went aggressively negative on Gingrich, spent millions of dollars to bury him in negative advertising in Florida, and went on to a double-digit victory in the Sunshine State.

The other states to keep a close eye on come Super Tuesday are Tennessee, Oklahoma and Georgia. Georgia is Gingrich's home state, and if he loses there, he's going to have a hard time justifying staying in the race - particularly in light of his oft-stated argument that GOP voters want to coalesce around a conservative alternative to Romney. If Santorum wins all three states, he'll be able to claim a base of support in both the South and the Midwest - while Gingrich, who is focused on doing well in the Southern states, will have no base to claim at all.

Let's say this all goes as well as it possibly could for Santorum: He wins Michigan, Ohio and the Southern states, prompting Gingrich to leave the race. Santorum would then have a clear shot at the nomination - he might even be the favorite - but the race would be far from over. Only 755 pledged delegates are at stake through Super Tuesday, and most come in contests where delegates are awarded proportionately; even under the best possible scenario for Santorum, he won't be close to the 1,144 delegates he needs to win the nomination.

Meanwhile, Paul is widely expected to stay in the race over the long haul, and to keep winning delegates in low-turnout states where his passionate supporters can make a big impact. The possibility of a drawn-out battle between Romney and Santorum (and/or, potentially, Gingrich) - combined with the continued presence of Paul in the race - has many political watchers raising the possibility of no candidate having enough delegates to claim the nomination by the time the convention comes in August.

In the modern era, a contested convention is relatively uncharted territory, and it's far from likely to take place this time around. (Here's a detailed look at why.) In the unlikely event that such a circumstance does come to pass, the leading candidate could try to win over the 111 unpledged Republican delegates - members of the Republican National Committee - who can support any candidate they choose. (Think of those "super delegates" from the 2008 Democratic presidential race.) But that would only work if a candidate was very close to the magic number. If not, he would need to look to a rival for delegates, which raises the intriguing possibility of Paul adopting the role of kingmaker - in exchange for significant concessions in the party platform.