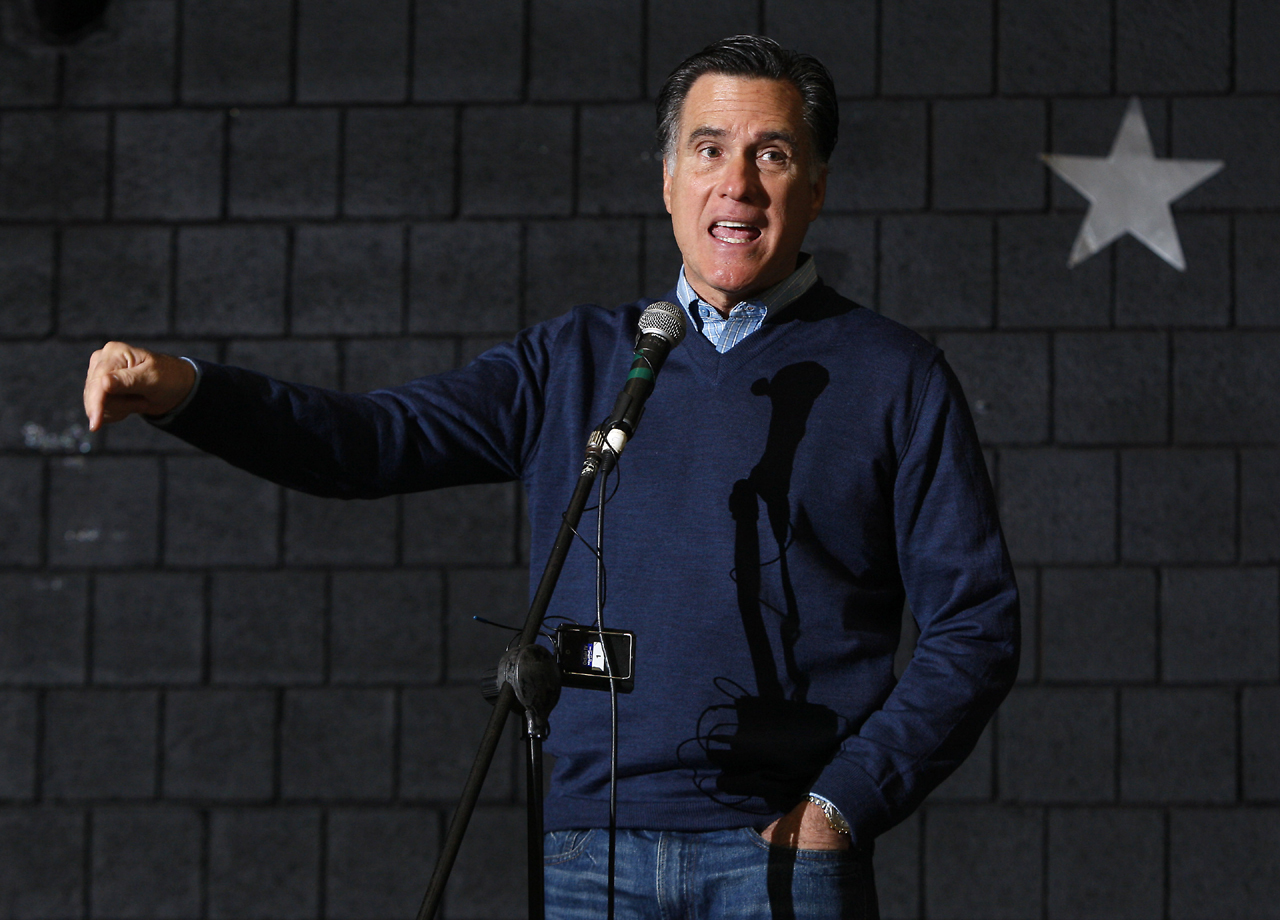 "I thank the voters of Maine for their support," Romney said in a statement. "I'm committed to turning around America. And I'm heartened to have the support of so many good people in this great state."

Paul, who is focused on small caucuses states like Maine, is the only candidate in the race who has yet to win a state. Romney and Santorum have now each won four states, while Newt Gingrich has won one.

In remarks following the announcement of Romney's victory, Paul noted that not every caucus had taken place, saying there was one in particular that he expected to win that had yet to occur.

"It's almost like we could call it a tie, but anyway," said Paul.

Santorum finished in third place, with 18 percent of the vote (989 votes), followed by Gingrich in fourth place with 349 votes, good enough for six percent. Neither candidate campaigned in the state, and they had limited operations there.

The week-long caucuses are essentially a straw poll where participants also vote for delegates to Maine's state convention in early May. It is there that delegates to the national convention will be selected.

In his remarks, Paul predicted that despite not winning the day, "if I were a betting man, I would bet we control the Maine caucus when we go to Tampa." Paul's campaign has focused on maximizing delegates available through the arcane delegate process, and his supporters said they were focused in the Maine caucuses in getting Paul supporters sent to the state convention.

Romney made his first appearance in the state on Friday evening, while Paul has campaigned more actively, at one point holding six town hall meetings in two days. Both candidates campaigned in Maine on Saturday.

Romney dominated the Maine caucuses in the 2008 presidential cycle, winning 52 percent of the vote to Sen. John McCain's 22 percent and Paul's 18 percent.

The campaign enters a relatively slow period after Saturday, with 17 days until the next nominating contests, the Arizona and Michigan primaries. Romney is expected to win the Arizona contest; Santorum is challenging him aggressively in Michigan, where Romney's father George served as governor.

Romney did not plan a public event following the caucus announcement. His next campaign stop is on Monday in Arizona.