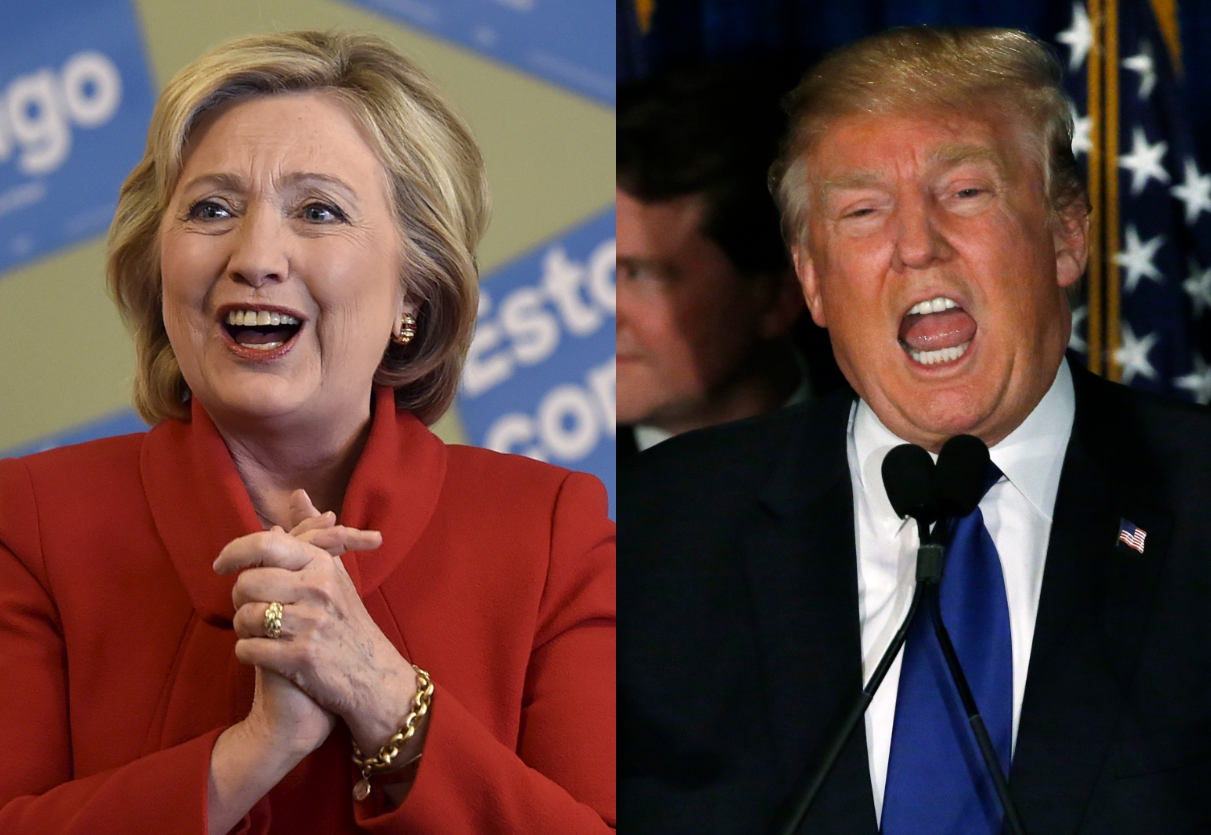 In Arizona, Trump leads Clinton by a razor-thin margin of 42 percent to 41 percent among likely voters. John McCain won his home state in 2008 and Mitt Romney won it in 2012.

The survey found that Trump leads Clinton by 3 percentage points in Georgia -- 46 percent to 43 percent -- among likely voters. McCain and Romney won the state in the last two presidential elections.

Clinton narrowly leads Trump, meanwhile, in Nevada, 45 percent to 44 percent among likely voters. She also leads Trump by the same margin in New Hampshire, 42 percent to 41 percent. President Obama won both states in 2008 and 2012.

The CBS News battleground tracker shows Clinton leading Trump only by 1 percentage point -- 43 percent to 42 percent -- in a set of 13 battleground states.

The poll surveyed between 913 and 987 voters in each state between Sept. 6 and 8 with a margin of error of about 3 or 4 percentage points.