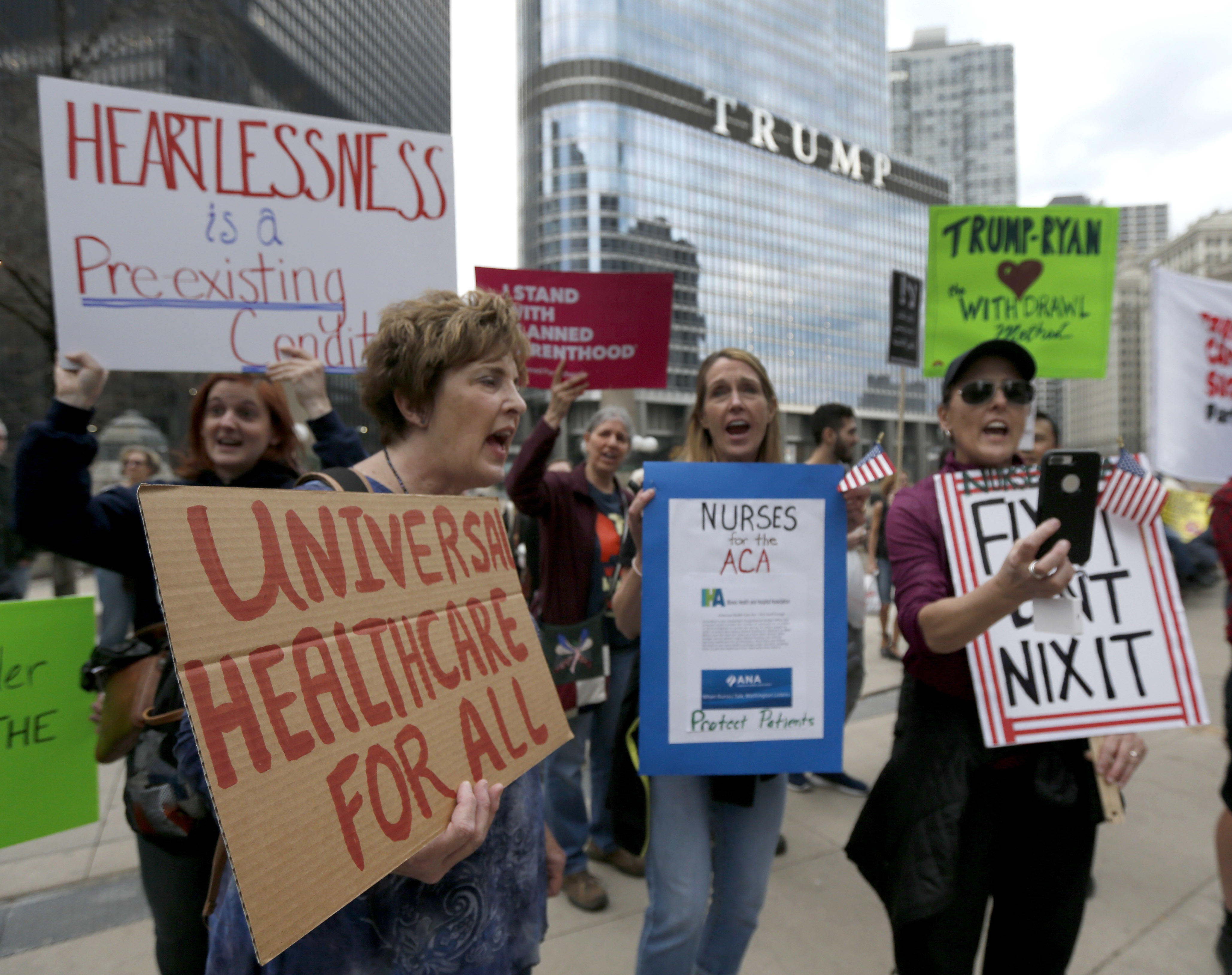 Only 38 percent of respondents said they would support states' rights to choose whether or not to opt out of the Obamacare protections for people with pre-existing conditions.

The Affordable Care Act (ACA) originally established the law requiring health insurance companies to insure people with pre-existing conditions-- companies previously had the right to decide whether they would cover these individuals. This federal protection could be threatened as the newly proposed GOP health care bill, the American Health Care Act (AHCA), which attempts to repeal and replace Obamacare, approaches a Congressional vote.

According to the poll, 46 percent of respondents agree that "The federal government should set a national standard of health insurance coverage that outlines the minimum benefits all health insurance plans must provide."

President Trump told CBS' Face the Nation on Sunday that the new healthcare bill, the AHCA, will "actually have a clause that guarantees" coverage for people with pre-existing conditions.

There has been some debate about the protections afforded to those with pre-existing conditions in the new GOP bill. Rep. Tom MacArthur, R-New Jersey, crafted language for the bill that states "Nothing in this Act shall be construed as permitting health insurance issuers to limit access to health coverage for individuals with preexisting conditions," according to a legislative summary.

However, in the current iteration of the bill, states may apply for a variety of waivers relieving them of certain Obamacare regulations. One of these waivers applies to how health insurers set premiums based off of "health status," which may include current or past health issues.

A new amendment is also being added by Rep. Fred Upton, R-Michigan, which would provide more funding for high-risk pools, aimed at helping those with pre-existing conditions afford health insurance.

While the Trump administration is pushing for a quick turnaround on the bill's vote, 58 percent of people responding to the poll agree that  "Congress should wait until the Congressional Budget Office estimates the bill's economic impact."

CBS has confirmed 19 House Republicans who oppose the AHCA-- the bill can only afford 22 Republican "no's" in order for the bill to pass.