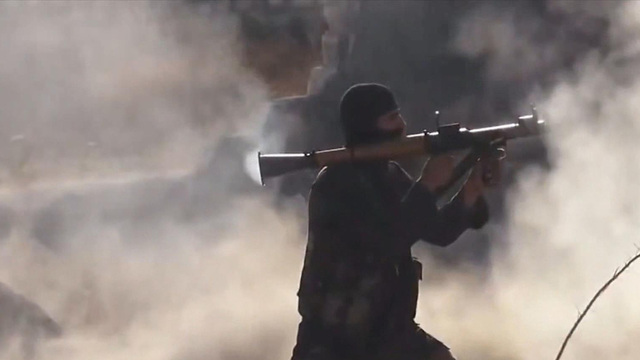 Americans' evaluations of how the U.S. fight against ISIS in Iraq and Syria is going are now at their worst level since the question was first asked in this poll about one year ago. Seventy-two percent now say that fight is going badly, up from 64 percent in August. Only 21 percent of Americans say it is going well, down from 28 percent.

Just over a year ago, views were negative but still more optimistic than they are now: then, 33 percent said things were going well. The poll was conducted before the current U.S. offensive against ISIS in Iraq.

Democrats (31 percent) are more positive than Republicans (11 percent) or independents (19 percent) about U.S. progress against ISIS, but by two to one they still say the fight against ISIS is going badly.

And approval of the president's handling of ISIS has dropped to its lowest level ever in this poll. Now, just 31 percent approve of his handling the situation with ISIS militants in Iraq and Syria. That is the lowest approval rating he has received on this measure since the question was first asked in September 2014.

This poll was conducted by telephone November 6-10, 2015 among a random sample of 1,495 adults nationwide. Data collection was conducted on behalf of CBS News and The New York Times by SSRS of Media, PA. Phone numbers were dialed from samples of both standard land-line and cell phones.