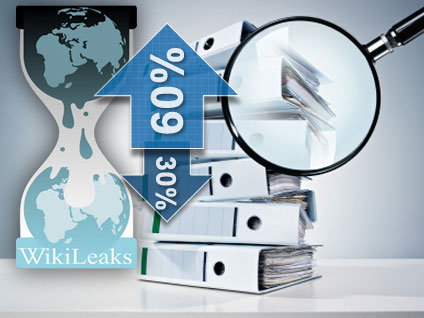 Of those Americans who heard about the website WikiLeaks' massive release of secret State Department documents, most think the incident will have damaging impact on U.S. relations overseas, a new CBS News poll shows.

About three-quarters of the public has heard about the Wikileaks release, and of those Americans, 60 percent believe it will have a damaging impact.

Julian Assange, the founder of WikiLeaks, has cast his site as a place for whistle-blowers and said he released more than a quarter of a million State Department cables in the name of transparency.

The CBS News poll found agreement from across the political spectrum on the impact of the document release. Seventy-four percent of Republicans say it will hurt the U.S., as do 52 percent of Democrats and 59 percent of independents.

Democrats (30 percent) are more likely than Republicans (18 percent) to say the public has the right to know everything the government does.