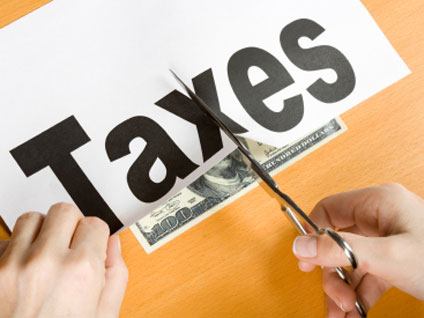 Republicans have argued that the midterm elections have given them a mandate on what they are calling one of the most important issues facing America, the extension of the Bush-era tax cuts.

"The American people want us to stop all the looming tax hikes and to cut spending, and that should be the priority of the remaining days that we have in this Congress," incoming House Speaker Rep. John Boehner said Thursday. Boehner added that a House vote Thursday to extend the cutsfor all but the highest-earning Americans amounted to "chicken crap."

According to a new CBS News poll, however, Boehner is off-base in his claim that Americans "want us to stop all the looming tax hikes."

The poll finds that 53 percent of Americans want the Bush-era tax cuts extended only for households earning less than $250,000 per year. That roughly matches the proposal put forth by the White House, which wants to extend the cuts only for incomes less than $250,000 for families and $200,000 for individuals.

Just 26 percent of Americans say they support extending the cuts for all Americans, even those earning above the $250,000 level, which is the GOP proposal.

Another 14 percent of Americans say the cuts should expire for all Americans. The Treasury Department says the cost of making the cuts permanent for everyone is $3.7 trillion over a decade. The White House plan which would not extend the cuts on high earners would cost an estimated $3 trillion over ten years. (By point of contrast, the controversial deficit commissionproposal released this week would save about $4 trillion in that time.)

Seventy percent of Democrats want to extend the cuts only on incomes below $250,000, according to the CBS News poll. Forty-seven percent of independents and 41 percent of Republicans agree.

Only ten percent of Democrats and one in four independents back the GOP proposal to extend the tax cuts for all. Even among Republicans, support for extending all the cuts is less than half at 46 percent.

The Bush-era tax cuts are set to expire for all Americans by the end of the year, and lawmakers are working feverishly to reach compromise on the issue during the lame duck session. The Democrat-led House voted Thursdayto extend them for those below then $200,000/$250,000 threshold, but the bill is unlikely to get the 60 votes it needs to break a GOP filibuster in the Senate.

President Obama dispatched Treasury Secretary Tim Geithner and the Director of the Office of Management and Budget, Jack Lew, to oversee negotiations on finding common ground on the issue earlier this week following a meeting with congressional leaders from both parties. White House Press Secretary Robert Gibbs said Thursday that "[t]he talks are ongoing and productive, but any reports that we are near a deal in the tax cuts negotiations are inaccurate and premature."

Republicans have suggested they are unwilling to compromise on the issue, and most political observers expect Democrats to agree to extend all the cuts temporarily. In exchange, Republicans could give ground on other Democratic priorities, such as ratification of the START arms treaty with Russia or an extension of unemployment benefits, which expired on Tuesday.

If the House/Obama plan were to be passed, according to the Tax Policy Center, a married couple with no children making $415,000 per year could expect to pay about $7,000 per year more in taxes. Tax rates on Americans making more than $373,650 would see their top marginal tax rate increase from 35 percent to 39.6 percent. (You can calculate how the various plans might affect you individually here.)

MoneyWatch: Are You Middle Class?

This poll was conducted among a random sample of 808 adults nationwide, interviewed by telephone November 29-December 1, 2010. Phone numbers were dialed from RDD samples of both standard land-lines and cell phones. The error due to sampling for results based on the entire sample could be plus or minus four percentage points. The error for subgroups is higher. This poll release conforms to the Standards of Disclosure of the National Council on Public Polls. Brian Montopoli is senior political reporter for CBSNews.com. You can read more of his posts here. Follow Hotsheet on Facebook and Twitter.