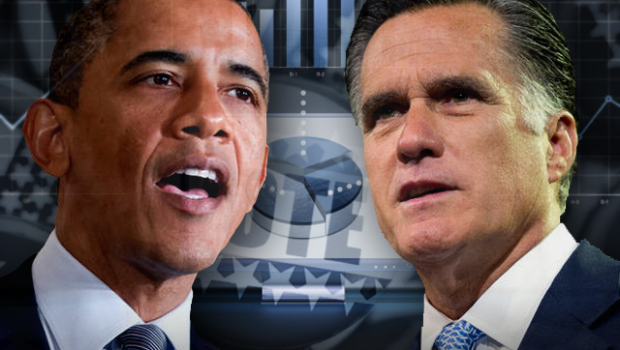 As President Obama and Mitt Romney prepare to square off in their third and final presidential debate tonight, a new poll from CBS News shows the president leading Romney on foreign policy, the focus of the debate, by a nine-point margin.

According to the poll, conducted from October 17-20, the president leads Romney 50-41 percent among likely voters on the question of who would do a better job on general foreign policy. Likely voters also viewed Mr. Obama as stronger on terrorism and security: 49 percent said Mr. Obama would do a better job, and 42 percent said Romney would. On U.S. policy toward Iran, Mr. Obama edged Romney 46 percent to 43 percent among likely voters.

On U.S. policy toward China, a frequent Romney discussion point on the campaign trail, the two candidates are even at 44 percent. On Israel, Romney has an edge over the president, with 46 percent to Mr. Obama's 42 percent.

Nearly seven in 10 likely voters - 69 percent -- say they are very likely to watch tonight's debate. And. Mr. Obama has the lead when it comes to expectations: 42 percent of likely voters predicted he will win, while only 34 percent said the same of Romney.

The survey reports that about half (52 percent) of Americans believe the threat Iran poses to the U.S. can be contained with diplomacy, while 22 percent think it is a threat that requires military action, a percentage that has grown slightly (from 15 percent) in the past year. Seventeen percent do not think Iran is a threat at this time, which is on par with where it was last year.

Amid ongoing debate over the president's public response to recent violence in Libya, 42 percent of voters said they believe the Obama administration was privy information that could have prevented the recent attacks on American embassies and consulates in the Middle East; 35 percent say they did not believe the administration had any such information, and approximately one in four said they didn't know. Among those who have heard a lot about the attacks, more say they think the administration had information that could have prevented the attacks.

Just over half of Americans (54 percent) believe the U.S. is less powerful as a world leader today compared to ten years ago, while only 13 percent say the U.S. is more powerful today. Twenty-eight percent said the U.S. is equally powerful relative to its status 10 years ago.

Majorities of Republicans and independents think the U.S. is less powerful now, while Democrats are more divided.

This poll was conducted by telephone from October 17-20, 2012 among 1,383 adults nationwide, including 1,222 registered voters. The sample size for likely voters is 790. Not all likely voters are assigned the same probability of voting. Phone numbers were dialed from samples of both standard land-line and cell phones. The error due to sampling for results based on the entire sample and the sample of registered voters is plus or minus three percentage points. Among likely voters, the error due to sampling could be plus or minus four percentage points. The error for subgroups may be higher. Percentages may not add to 100% due to rounding. This poll release conforms to the Standards of Disclosure of the National Council on Public Polls.