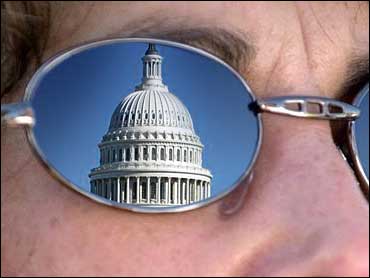 If there has ever been a crowd that is never satisfied, it's Washington's political pros. In his latest Against the Grain commentary, CBSNews.com's Dick Meyer chatters about the contradictions of the chattering class.


We want a fresh face. And then when one comes along, we morph "fresh" into "inexperienced and untested."

We crave candidates who are even mildly unscripted, who dare to toss the odd sprinkle of spontaneity into the processed pablum of politics. And then when one comes along, we jump on the inevitable gaffes and tongue-slips with arsenic-laced keyboards and soundbites. They're damned if they do, damned if they don't.

The "we" here is not "We the people" but we the political elite (and I use the term very loosely): the political press, the punditocracy, the talking heads, the consultants.

The political elites devour the young we lure into campaigns like whiny, gluttonous cannibals. And today's specials are Wesley Clark and Howard Dean.

"Not Ready for Prime Time" proclaims the headline of a recent column by The Washington Post's Richard Cohen, and it captures the ethos of much punditry about the Democrats' two freshest faces. "This game of politics is complicated," writes Cohen, and Clark and Dean just don't get it. Never mind that Clark is leading in two national polls in the first week of his campaign. Disregard the fact that Dean is leading the money race and has an inspired grassroots network. They are amateurs and outsiders and the law of electoral gravity will bring them down.

(A thought: if politics is so complicated, how did Ronald Reagan and George W. Bush get to be president? I think politics is pretty simple. If people like a candidate, they have a tendency to vote for him, or her.)

If John Edwards' campaign were hot right new, he would be the too-fresh-boy. There would be even more citations of the political elite's pseudo-favorite cautionary tale, "The Candidate," where the newly-elected Robert Redford pathetically asks, "What do we do now?"

And if Lieberman, Gephardt or Kerry was on fire, we'd be wondering when this tired, programmed old pro would go down the Gore-drain.

I freely admit and openly declare that I am a sucker for two of these vocational character flaws.

I like outsiders and non-politicians in campaigns. I like them for their entertainment value, because they spruce up a stale story and because they sometimes speak English or, in the case of H. Ross Perot, a funny dialect. So I vow never to complain about Clark and Dean's lack of political plasticity.

I also like politicians who go "off message." Candidates like John McCain, Bob Dole and Howard Dean are gaffe-prone because they are willing to engage in unrehearsed, human-like conversation. They have senses of humor, wit, irreverence, and sometimes they get mad and cranky. They misuse buzzwords and then get buzz-sawed by the rhetoric police. So I vow never to be a gaffe predator.

Other politicians like Ronald Reagan and George W. Bush are gaffe-prone even though they are highly scripted because they are less articulate and have trouble with words and syntax. These bloopers delight intellectuals and opponents, but rarely become news stories.

Voters, in my experience, are sympathetic to both sorts of gaffes. The political elite isn't.

Clark's first week was allegedly marred by a gaffe on what one reporter called his "signature issue" – his opposition, as a former four-star general, to the war in Iraq. Soon after he tossed his helmet into the ring, Clark, asked about the congressional resolution that authorized use of force in Iraq, said, "At the time, I probably would have voted for it, but I think that's too simple a question." GAFFE: flip-flop flap to follow.

I am underwhelmed by that flap. What Clark was saying was that at the time of the vote, the U.S. was trying to pressure Saddam into major concessions on weapons inspections and congressional backing for the president's threat may have been expedient, though Clark was and remained against the unilateral war. That's not a sound bite, it's a tad complicated, and it's not very close to what actually came out of his mouth. But a flap? I don't see it. President Bush's routinely utters more mangled policy locutions that are translated charitably.

But for Clark, the political elite immediately pounced with the "not ready for prime time" theory. Clark had the last laugh in the form of terrific poll numbers.

Ironically, one of the pouncers was fellow outsider and gaffe-meister, Howard Dean. "I was shocked," Dean said. Yeah right, shocked my... asterisk.

Just two weeks earlier, Dean was fighting his own gaffe-flap. Talking to a few reporters about the Middle East at a coffeehouse in Santa Fe, Dean said "it's not our place to take sides" in the dispute between Israel and the Palestinians. GAFFE: flap to follow.

Again, I am underwhelmed by the flap. If Dean had been more precise and said, "The U.S. is an unwavering ally of Israel and opponent of Palestinian terror and extremism, but will continue to try to facilitate reconciliation between these historic enemies" there would have been no flap.

So voters shopping in the Clark and Dean aisles beware. Since LBJ and Tricky Dick, voters have preferred presidents who run far outside the Beltway – outsiders, but only superficially and geographically. The finicky aesthetic of the political elite has also prevailed; none of so-called outsiders were mavericks and they weren't new to political campaigning.

Wes Clark better still have his flak jacket. And Howard Dean too, though he won't be getting one of Clark's extras now.