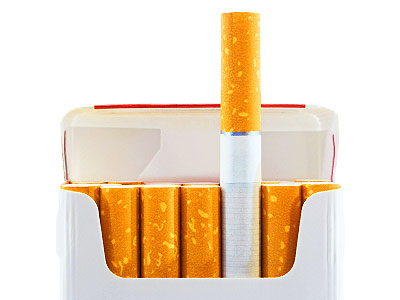 (CBS/AP) BELLINGHAM, Wash. — A Washington state man has been arrested on allegations that he pointed a handgun at a pregnant woman because she was smoking a cigarette.

Bellingham police spokesman Mark Young says 24-year-old Justin Dain Palmer stopped his pickup truck Wednesday to shout at a smoker on a sidewalk, "Who the heck smokes when they're pregnant?" The woman replied, "I do."

Young says that, after more words were exchanged, the man pointed a handgun at the woman. The Bellingham Herald reports the man was still sitting in the truck, about 10 feet from her, and that he then drove off.

Young says Palmer was arrested for investigation of pointing a gun.