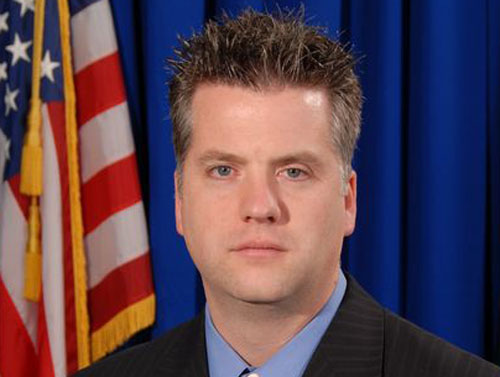 On Tuesday, detectives responded to 39-year-old David Edward Abbott Jr.'s home in Gainesville. The station reported that detectives said he refused to surrender to police and then pulled out a gun and shot himself as police tried to speak with him.

He was pronounced dead at the scene.

On Dec. 14, detectives began an investigation into Abbott, who was accused of being in an inappropriate relationship with a 13-year-old boy. Abbott was a Manassas City police detective who served on the Northern Virginia-Washington D.C. Internet Crimes against Children Task Force.

Police said Abbott met the 13-year-old through a Prince William County hockey league where he was a coach, the station reported. According to detectives, the inappropriate contact began in 2013, when the victim was 11.

"There were cops up and down the street from here and back. It was closed off and just a really big police presence," said neighbor Connor Donelan, according to the station.

Throughout the investigation, detectives learned that Abbott had an inappropriate relationship with a second male victim affiliated with the hockey league. The station reported that communication with the second victim began in June 2008, when he was 13.

The Prince William County Police Department released a statement about the suicide and attempted arrest.

"This is a tragic and sad day for the Abbott family, the juvenile victims and their families, the Manassas City Police Department, and our community. In spite of these recent developments regarding the serious allegations against him, we are grateful for the contributions Det. Abbott made during his time with Manassas City Police, to include the prosecution and conviction of hundreds of criminals. His family and peers request privacy during this time as we grieve and struggle to accept the realities of such a loss."