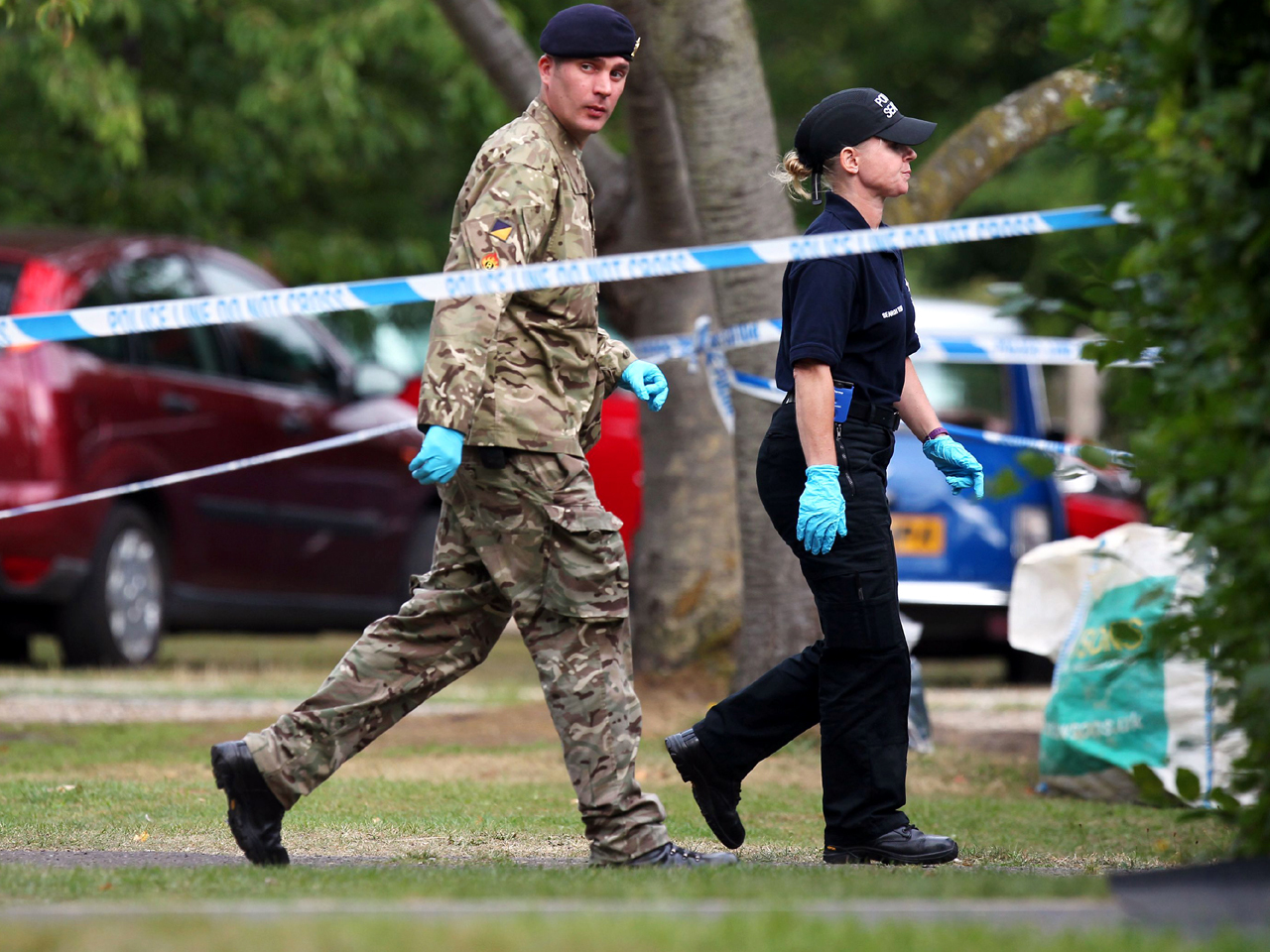 (AP) ANNECY, France - Investigators are pursuing three leads in the killings of a British-Iraqi couple and two other people in the French Alps, but there are no suspects yet, a prosecutor said Wednesday. The leads include an alleged family financial dispute.

Meanwhile, relatives of the dead couple called for those responsible to be brought quickly to justice, saying they are "heartbroken" by the tragedy.

Saad Al-Hilli, his wife Iqbal, and an elderly woman were shot dead inside a car, while a French cyclist riding nearby also was killed. The couple's 7-year-old daughter survived but was badly hurt, while her 4-year-old sister was unharmed.

All four people killed suffered two bullets to the head among other wounds. The bodies were discovered by a British cyclist passing by who alerted police.

"At this point we don't have suspects, but just leads. And I can assure you that in this extremely difficult investigation it is hard to establish which lead is more important. It depends on what the investigators have," Prosecutor Eric Maillaud told a news conference in a downtown Annecy courtroom brimming with TV cameras and international reporters.

He said the three leads involve the alleged conflict between Saad Al-Hilli and his brother over an inheritance, though the brother in England denies any dispute; the professional lead of Saad Al-Hilli's work as a satellite communications engineer; and the geographical lead of Iraq, where the couple have roots.

"I would say that you have these three obvious areas to look at and they all need to be investigated with equal importance," Maillaud said. "But for the moment, we don't have anything that allows us to say with profound conviction that someone is guilty."

Maillaud said that the 7-year-old daughter is a "key witness" but likely won't unravel the case. She's still recovering and hasn't been questioned.

"When it comes to the probe we cannot base the outcome of the investigation on what a severely injured 7-year-old girl says," the prosecutor said, adding that the child is "in a delicate state as she regains consciousness."

After the press conference, Maillaud said that because of the family's use of English and Arabic the task of questioning the two young girls would be left to British authorities, who will use translators.

He also clarified that when the 4-year-old girl described hearing a shout that might have come from an assailant, it was not precise enough to ascertain any language. "What can you expect from a terrorized 4-year-old girl?" he added.

Maillaud said police had blocked off the forest road leading to the crime scene so that they could conduct some further tests on the ground to verify some of the things they learned from accounts they gathered of what happened. Two police stood guard in pouring rain beside several police cars, a van and a sign warning drivers in several languages that it is a "dangerous road."

In their first public statement, released through Britain's foreign ministry, Ahmed Al-Saffar said relatives of the dead are "heartbroken by this shocking crime." Al-Saffar was identified by the ministry as brother to the elderly woman killed in the attack.

The elderly woman has not been formally named, but the Sipa news agency has reported she is the Swedish-Iraqi mother-in-law of Saad al-Hilli.

"We hope that those responsible for the deaths of our loved ones are brought swiftly to justice," Al-Saffar said.