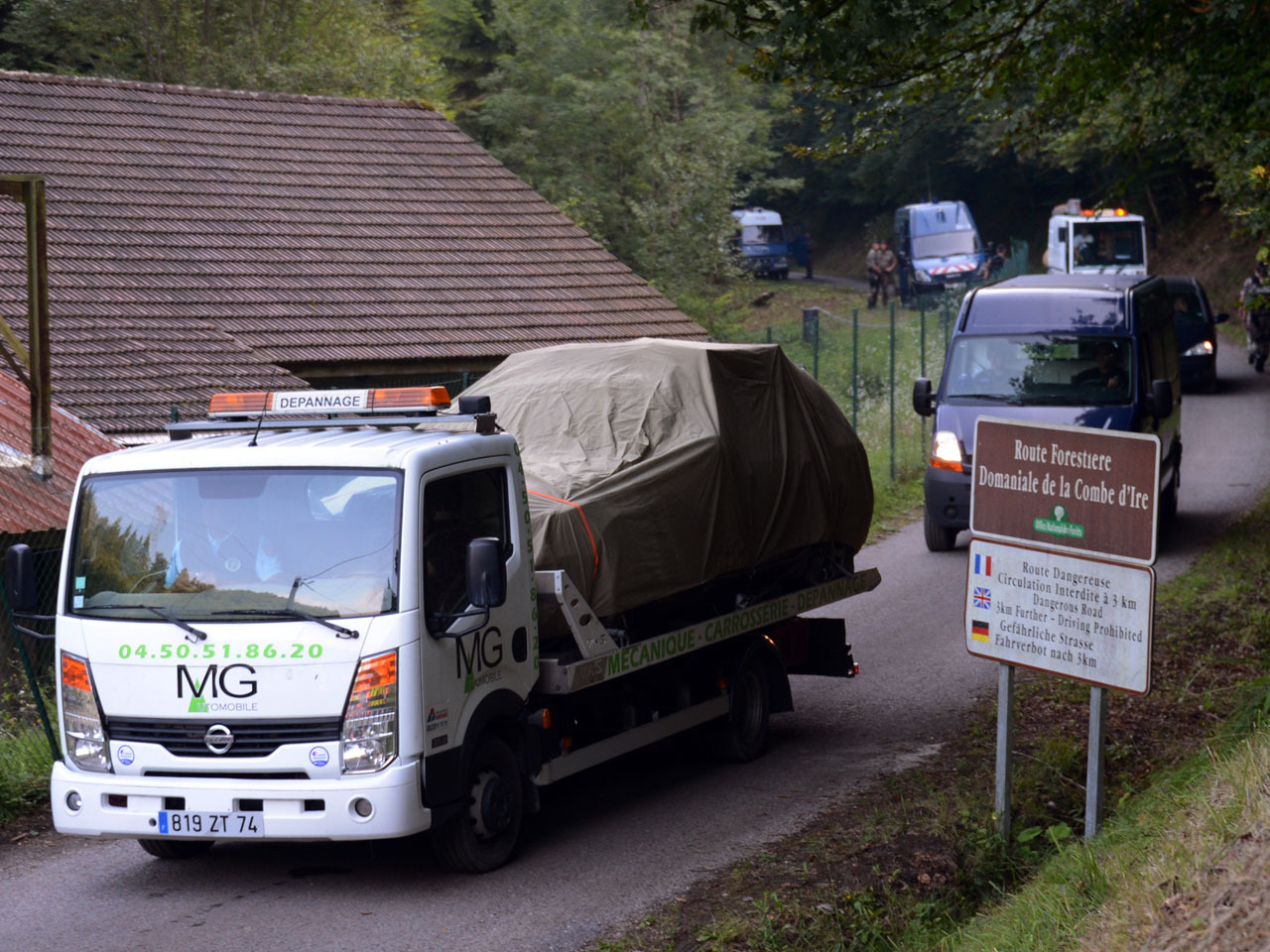 (AP) LONDON - French and British police searched the U.K. home of a British-Iraqi couple slain while vacationing in the French Alps, as it emerged Saturday that all four people killed in the attack took two gunshots to the head. Meanwhile, relatives arrived in France to help care for the couple's two surviving daughters, one of whom was badly wounded.

Questions remained about a potential motive for the killings as well as the identity of one victim, an elderly woman found dead in the couple's bullet-riddled BMW. Police have said they are probing reports of a financial dispute between the slain husband and his brother, but stress they are following all leads. The brother has denied any dispute.

The identity of the dead couple - mechanical design engineer Saad al Hilli and his wife, Ikbal - was based partly on the testimony of their 4-year-old daughter Zeena, who survived unhurt by hiding under her mother's skirt as some 25 automatic-handgun rounds were fired at the family car.

Her older sister, 7-year-old Zaina, was badly wounded in the attack and is in a medically-induced coma. Aside from the elderly woman shot dead dead in the car, French cyclist Sylvain Mollier, 45, whom authorities suspect was in the wrong place at the wrong time, was also killed in Wednesday's rampage.

French prosecutor Eric Maillaud, based in Annecy near the site of the killing, told a press conference there Saturday that each of the dead was shot twice in the head - one more time than previously stated - in addition to an undisclosed additional number of times elsewhere.

Autopsies on the bodies were completed late Friday, Maillaud said, adding that the bodies of the victims will be returned to their family "as soon as possible."

Maillaud remained tight-lipped throughout Saturday's news conference, saying he was "at the limits" of what he could publically disclose. But he confirmed that France has asked Italy and Switzerland to assist in the hunt for whoever is responsible for the shootings, which took place just a short drive from the borders of both countries.

French investigators arrived in Britain on Friday night, and police on Saturday snapped pictures of the al Hilli home in the village of Claygate, a London suburb in the county of Surrey. Some officers entered the house in protective suits, while other carried boxes with equipment and evidence bags into an investigation tent erected outside.

Authorities in Britain, too, revealed few details. The French police who had traveled to Surrey spoke only to praise cooperation with their U.K. counterparts in what they described as a long and complex investigation. Surrey's police force stressed that the probe is French-led and that the emphasis now is on the victims of the tragedy.

Asst. Chief Constable Rob Price of Surrey police confirmed that family liaison officers have been deployed in the U.K. and in France to help the victims, while Maillaud, the French prosecutor, said relatives of the dead have arrived in France to help care for the two young sisters. He did not identify the relatives or say how many were arriving.

Maillaud has said investigators are looking forward to speaking to 7-year-old Zaina, who was shot in the shoulder and beaten, but she remains in the medically induced coma. Authorities have questioned her 4-year-old sister Zeena, but Maillaud has said much of her account was filled with "kids' words."

Authorities have been reluctant to discuss what prompted the killings, but investigators are looking into a possible family dispute over money as a potential motive.

After learning about media reports that they may have been fighting over money, Saad al Hilli's brother Zaid came forward to British police Friday and denied any conflict in the family, French prosecutors said.

But Mae Faisal El-Wailly, a childhood friend of the brothers, made available a letter written to her by Saad last year that alluded to a possible inheritance dispute. She said the brothers' father had died recently, and she described the family as wealthy and well-traveled.

But El-Wailly added that she did not believe Zaid had anything to do with the killings.

"Zaid and I do not communicate any more as he is another control freak and tried a lot of underhanded things even when my father was alive," Saad wrote. The letter was dated Sept. 16, 2011.

"He tried to take control of father's assets and demanded control," the letter says. "(A)nyway it is a long story and now I have just had to wipe him out of my life. Sad but I need to concentrate now on my wife and two lovely girls ..."

At the press conference Saturday, Maillaud said authorities will talk to the brother. "He will be interviewed just as all of the rest of the al-Hilli family, who are going to be identified in the coming days," Maillaud said.

Early reports have suggested that the elderly woman shot dead may have been the girls' grandmother, but authorities have not confirmed that.

Swedish authorities have confirmed that a passport discovered on the scene corresponds to a Swedish person living in Sweden. But as of yet no absolute connection has been made between the older woman in the car and the passport or between her and the rest of the victims, authorities said.