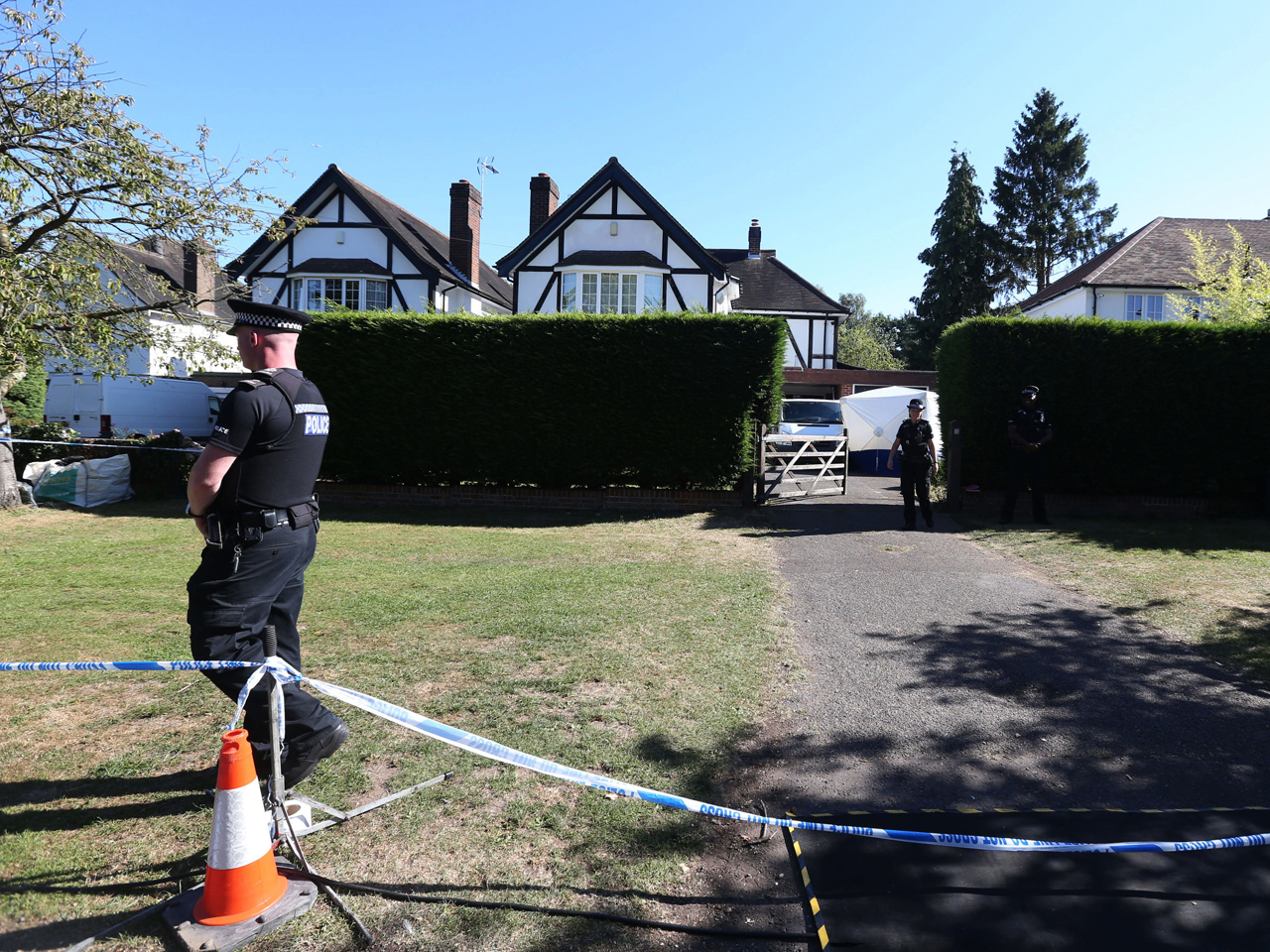 (AP) PARIS - The younger daughter of a British-Iraqi couple slain while vacationing in the French Alps has returned to Britain, while her badly wounded older sister has come out of an artificial coma, authorities said Sunday.

Four-year-old Zeena and 7-year-old Zaina survived a vicious shooting that killed their parents, Saad and Iqbal al-Hilli, as well as a still-unidentified older woman and a French man who apparently happened to be passing by on his bicycle.

French police have been scrambling to hunt down leads since Wednesday's rampage, while relatives of the couple arrived in France to take care of the girls. Authorities say they are probing whether an alleged financial dispute between Saad al-Hilli and his brother Zaid played a role, though the surviving brother has denied any conflict.

Eric Maillaud, the prosecutor for Annecy near where the shootings occurred, told The Associated Press in a text message that Zeena had returned to Britain along with two relatives.

The older daughter, Zaina, was shot in the shoulder and took violent blows to the head during the attack. She underwent two operations and had been placed in a medically induced coma. She has come out of the coma but remains on sedatives and cannot yet talk to investigators, Maillaud wrote Sunday.

Depending on what she remembers, the 7-year-old could prove crucial to the investigation.

Meanwhile, French and British police spent a second day searching the couple's U.K. home in Claygate, a suburb of London.

Surrey Police said the force is supplying resources from its major crime team, which works jointly with Sussex Police, as well as forensic officers, search teams and translators. The force said dozens of British officers are assisting with the French-led investigation but that the number fluctuates depending on needs.

Saad and Iqbal al-Hilli and the two other people killed were each shot twice in the head, along with suffering other wounds. Zeena survived unhurt by hiding under her mother's skirt as some 25 automatic-handgun rounds were fired at the family car.