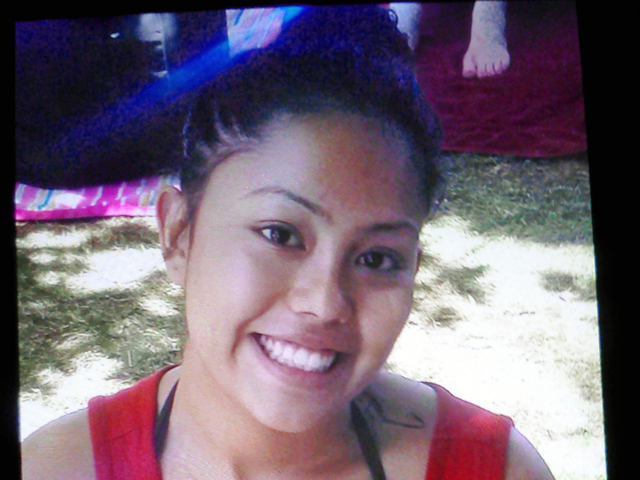 Investigators tracked Melissa Duran and the suspects to a Las Vegas apartment complex, where she was found bound and blindfolded in a unit about 4:30 a.m., Henderson Police Chief Patrick Moers said. She was scared but not physically harmed.

Alejandro Sanchez-Sanchez, 25, and Cesar Sanchez, 30, both of Las Vegas, were arrested on charges of kidnapping and extortion after being found in other units, Moers said. They remain without bail in the Henderson jail and await an initial court appearance Tuesday.

They're accused of knocking on the door of the family home around 7:30 a.m. Friday and grabbing Duran when she answered. Police said her parents later received two calls demanding money for her safe return.

Investigators said they believe the suspects had some kind of connection to her father's landscaping business, and the possible tie is under investigation.

"We are thankful that the quick and effective actions of the Henderson Police Department were able to reunite Melissa safely with her family," Moers said in a statement. "I would also like to praise the strength of the Duran family for assisting us throughout this horrible event."

The family, in a statement issued through the police department, asked the news media to respect its request for privacy.

Henderson police spokesman Keith Paul said investigators were working on a motive for the kidnapping. He declined to reveal the amount of money involved in the ransom demands.

"They're looking to see if that (ransom demands) was the true motivation," he told The Associated Press.

The getaway car was distinctive as it was red with a blue front end, police said, and it was captured by a security camera of a neighbor of the Duran family on Friday morning.

An Amber Alert was issued along with a description of the car, and it was later found burned east of Las Vegas.

It appears the suspects had attempted to destroy evidence by burning the car, police said, but detectives were able to trace the car to the Las Vegas apartment complex where the teenager was rescued.