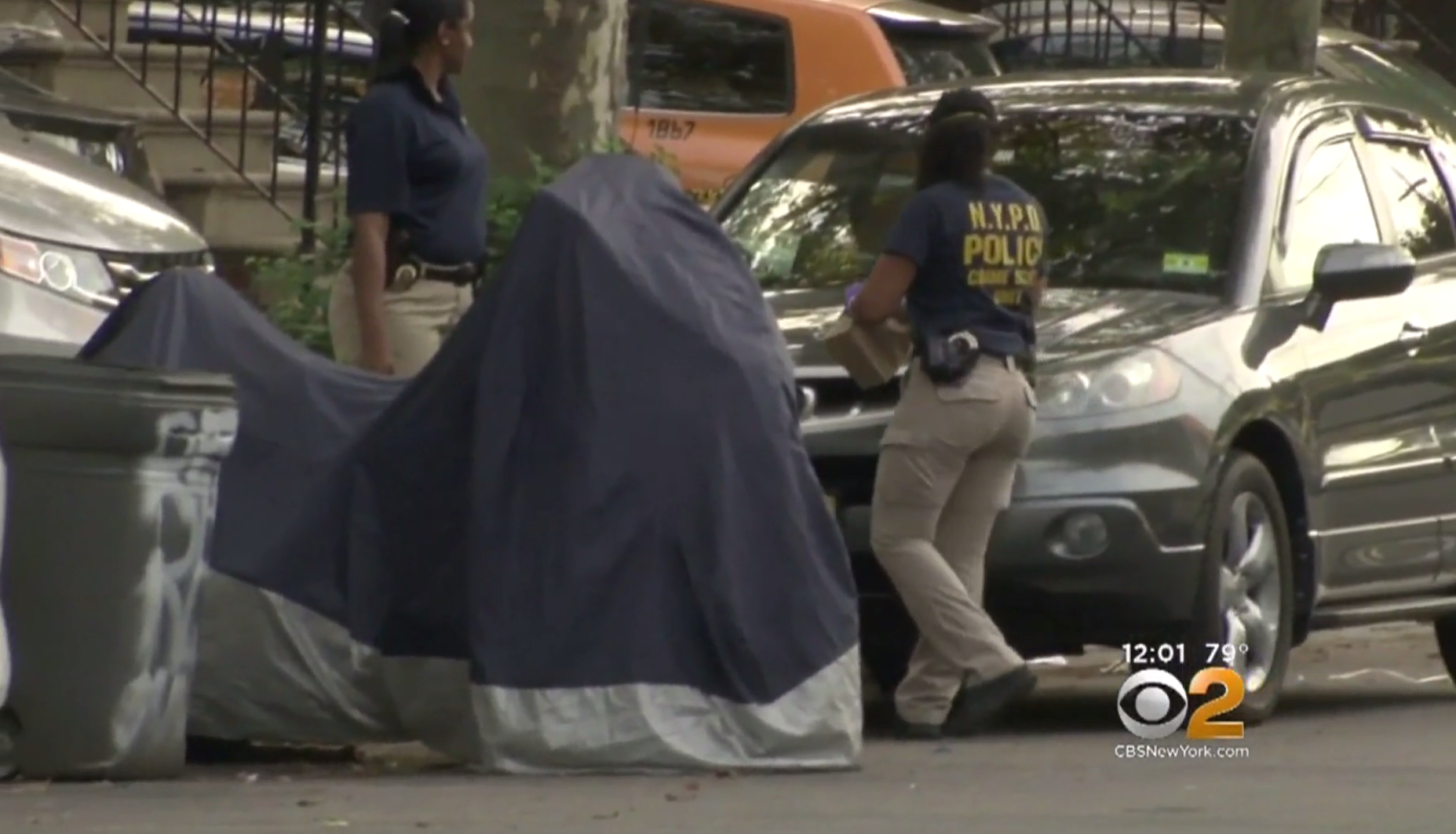 NEW YORK — Police say a man stabbed and killed another man in Brooklyn Sunday night after an argument over a parked car, reports CBS New York.

The suspect, 41-year-old Djems Jean-Paul, was later arrested at New York's John F. Kennedy International Airport, where police say he was preparing to board a plane to Haiti.

Cell phone video recorded around 11:30 p.m. Sunday shows a chaotic scene moments after a homeowner began honking at a car that was parked in front of his driveway. Witnesses said the homeowner honked his horn repeatedly and when the owner of the car, who was visiting someone nearby, finally returned, the homeowner confronted him.

"He saw the guy came out of his house to move the car," witness Ricky Zawacki told CBS New York. "He get out of the car, he gets in the guy's face and starts screaming and everything."

Zawacki said he watched as the 29-year-old homeowner left and returned with his 23-year-old younger brother.

"He lost his temper, he was in a really heated emotion at the time. He ran upstairs, he grabbed his little brother and he came outside with a (baby gate) and he smacked the guy over the head with it," he said.

As the confrontation escalated, witnesses said the car owner pulled out a knife and began swinging, striking the chest of the homeowner's brother, Omari Dahan, and killing him.

"He just dropped to the floor," said witness Corey Gigoux. "It happened so fast."

The homeowner was also stabbed in the arm, according to police. He was treated at a nearby hospital.

The suspect left the scene, but police said a 911 caller reported that Jean-Paul was on his way to the airport, where he had allegedly booked a flight out of the country.

Crime scene investigators spent the morning collecting evidence. Residents, looking on, say fights over parking in the area are common.

"It's always an argument over parking here," said neighbor Gene Eliacin. "Not only them, everybody."

Jean-Paul will be charged with manslaughter, assault and criminal possession of a weapon, police said.