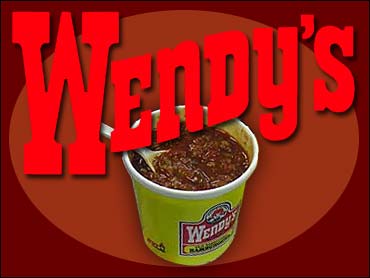 The finger that a woman said she found in a bowl of Wendy's chili came from an associate of her husband who lost the digit in an industrial accident, police said Friday.

"The jig is up. The puzzle pieces are beginning to fall into place, and the truth is being exposed," Police Chief Rob Davis said.

The man is from Nevada and lost a part of his finger in an accident last December, Davis said. His identity was traced through a tip made to Wendy's hot line, he said.

He said authorities "positively confirmed that this subject was in fact the source of the fingertip."

Anna Ayala, the woman who said she found the finger, was arrested last month at her suburban Las Vegas home and is charged with attempted grand larceny.

Ayala, 39, said she bit down on a 1 1/2 inch-long finger fragment while dining with her family in March at a San Jose Wendy's. But authorities had said they believed the story was a hoax.

Ayala's husband, Jaime Plascencia, was arrested earlier this month on a fugitive warrant at the couple's home to face charges unrelated to the Wendy's case. San Jose police had said he used his children's personal information in a fraudulent manner for personal gain.

Authorities are considering additional criminal charges against Ayala and her husband, Davis said.

"We are exploring all other options and avenues available to see that those involved in this charade will be investigated," Davis said.

The man who lost the finger, whose name was not released, had given the finger fragment to Plascencia, Davis said. Davis would not disclose details of the investigation but said the man was cooperating.

A phone call to Ayala's attorney on Friday was not immediately returned.

Wendy's has offered a $100,000 reward and has said it has lost millions in sales since Ayala made the claim. Dozens of employees at the company's Northern California franchises also have been laid off.

"There are victims in this case that have suffered greatly," Davis said.

The news initially aroused sympathy for Ayala, but suspicions grew as questions were raised about her story.

Wendy's had said no employees at the San Jose store had missing fingers, and no suppliers of Wendy's ingredients had reported any finger injuries. Authorities said there was no evidence the finger had been cooked, and also said Ayala had a history of filing claims against businesses.

As scrutiny mounted, Ayala withdrew a claim she had filed against the chain.

Plascencia remains in jail in Nevada, but Davis said he would be extradited soon to San Jose. He was charged with identity theft, fraudulent use of official documents, failure to pay child support and child abandonment in the case involving his children.

Police received a number of tips about the possible source of the finger, including one about a rural Nevada woman whose finger tip was bitten off by a spotted leopard kept as a pet. Police also recently searched a ranch north of Guadalajara, Mexico, owned by a relative of Plascencia.