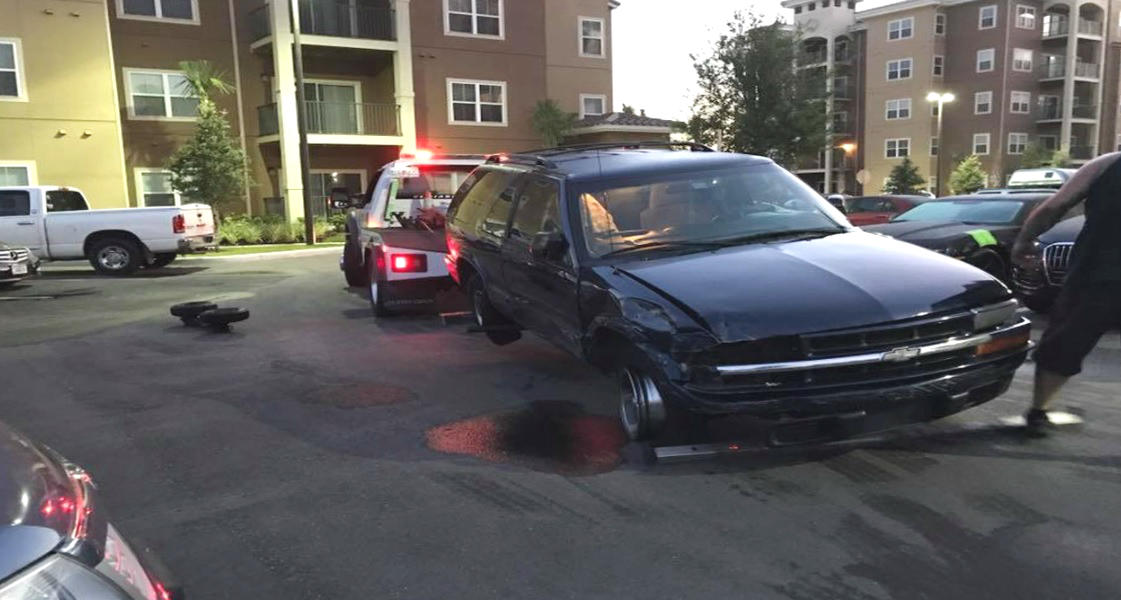 DAVENPORT, Fla. - A 25-year-old Orlando man was arrested on DUI charges after he allegedly struck 17 parked vehicles while trying to park his own SUV on Friday, reports CBS affiliate WKMG.

The Florida Highway Patrol said it was called to The Gate Apartments in Davenport on a report of an impaired driver. When they arrived they found a condominium parking lot that could've been mistaken for a junk yard.

Troopers said Tony Futch was driving a blue 2003 Chevrolet Blazer and struck the 17 vehicles in eight different crashes while maneuvering his SUV around the lot.

Futch was arrested and booked into the Osceola County Jail. Futch, whose license had previously been revoked for DUI in 2013, refused to provide a breath sample, the FHP said.

An estimate of the amount of damage that was caused has not been released.