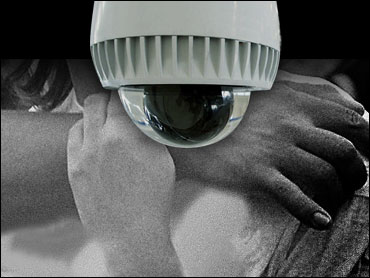 A security video from an apartment hallway shows at least 10 witnesses ignored a woman's cries for help for more than an hour as a man beat and sexually assaulted her, prosecutors in Minnesota said.

The surveillance video clearly showed men and women looking out their apartment doors or starting to walk down the hallway before retreating as the woman was assaulted for nearly 90 minutes, police spokesman Tom Walsh said.

Police said they responded to a call of drunken behavior and found Somali immigrant Rage Ibrahim, 25, and a woman lying unconscious in the hallway early Tuesday. The woman's clothing had been pulled up and she had fresh scratches on her face and blood on her thigh, according to the criminal complaint.

Ibrahim says he is innocent and that the incident was a misunderstanding, according to Omar Jamal, the executive director of the Somali Justice Advocacy Center, who spoke on Ibrahim's behalf.

Walsh said police were shocked by the behavior of the bystanders.

"(The video) shows one person looking out of her door probably three times," Walsh said. "It shows another person walking up, observing what's going on, then turning and putting up the hood of his sweatshirt."

At one point, the 26-year-old woman knocked on a door, yelling for the occupants to call police. A man inside that apartment told police he did not open the door or look out, but said he did call police — although they have no record of his call, according to court documents.

Minnesota law makes it a petty misdemeanor to not give reasonable help to a person in danger of "grave physical harm."

Walsh said it is unlikely police would pursue charges against witnesses in this case because authorities would have to show that witnesses knew the woman was in extreme danger.

Jamal said Ibrahim went into the hallway after the woman because he thought she was too drunk to drive. They struggled over car keys, and "he is saying there was a huge misunderstanding," Jamal said, adding that the police report does not show "the truth of what happened that night."

"He did not rape her," Jamal said.