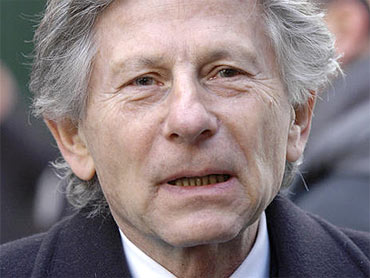 Director Roman Polanski walked out of a news conference at the Cannes Film Festival on Sunday after berating journalists for asking "empty" questions.

Polanski, whose film "The Pianist" won the top prize at Cannes in 2002, was onstage with nearly 30 major directors from Mexico's Alejandro Gonzalez Inarritu to Germany's Wim Wenders to China's Wong Kar-wai who were showing short films in homage to cinema.

The shorts were packaged as a feature called "To Each His Own Cinema."

Several questions at the news conference focused on the future of cinema in the digital age. Polanski's walkout did not seem to be a response to any single question.

When the moderator announced that journalists had just two minutes left, Polanski, 73, took the microphone.

"It's a shame to have such poor questions, such empty questions," Polanski said. "And I think that it's really the computer which has brought you down to this level. You're no longer interested in what's going on in the cinema.

"Frankly, let's all go and have lunch," he suggested, before walking out.

None of the other directors followed.