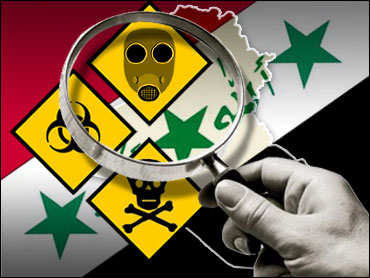 Poland, which has about 2,400 troops in Iraq and was a strong supporter of the U.S.-led invasion, was "misled" about the threat from Saddam Hussein's weapons of mass destruction, its president said Thursday.

The remarks by President Aleksander Kwasniewski to a small group of European reporters were his first hint of criticism about war in Iraq.

Earlier in the day, Kwasniewski said Poland may start withdrawing its troops from Iraq early next year, months earlier than the previously stated date of mid-2005.

"Naturally, one may protest the reasons for the war action in Iraq. I personally think that today, Iraq without Saddam Hussein is a truly better Iraq than with Saddam Hussein," Kwasniewski told the European reporters.

"But naturally I also feel uncomfortable due to the fact that we were misled with the information on weapons of mass destruction," he said, according to a transcript released by the presidential press office.

The Bush administration argued for the war based on intelligence that President Bush said left "no doubt" that Iraq possessed weapons of mass destruction.

President Bush, in the chow line with troops at Fort Campbell, Ky., after delivering a speech, was asked about Kwasniewski's remarks but shook his head and said, ``I'm here to eat.''

In months of searching, no weapons have been found. The U.S. has reported evidence of illegal weapons-related activity, especially on missiles, but has not produced proof that Iraq had active programs to make biological, chemical or nuclear arms.

A presidential commission is probing why U.S. intelligence apparently missed the mark in Iraq and other countries. But CIA director George Tenet says his analysts "never said there was an 'imminent' threat."

The House and Senate intelligence committees are also examining the prewar data, with the Senate committee reviewing not just the intelligence reports but also how they were used by administration officials to justify the war to the public.

Tenet denied there was political pressure to skew intelligence reports, but has acknowledged that he only recently learned that a special Pentagon office was feeding intelligence directly to this White House, not approving it with the CIA as is customary.

Kwasniewski's comments came days after Spain's new government, taking power in the wake of the Madrid bombings with their apparent link to Islamic extremists, said it would pull its troops from Iraq by June 30 unless the United Nations takes over.

"Everything suggests that pullout from Iraq may be possible after the stabilization mission is crowned with success and, in my assessment soon, it may be the start of 2005," Kwasniewski told RMF-FM radio.

Poland commands a 9,500-strong multinational force in south-central Iraq that includes the Spaniards.

But he noted that Iraq now has an interim constitution and said it should soon have an interim government that will allow current forces to be replaced by peacekeepers.

He insisted, however, that Poland was staying the course in Iraq and would not bow to terror.

"We are facing the same threat as Spain," Kwasniewski said, but he stressed that "terrorism must be combated, also with force."

In Britain, a parliamentary committee that probed Britain's case for war in Iraq criticized the government Thursday for failing to cooperate fully, and asked lawmakers to consider whether sanctions should apply in the future.

The House of Commons Foreign Affairs Select Committee noted that Prime Minister Tony Blair and several key defense and security chiefs declined to testify about whether the government exaggerated the threat posed by Saddam Hussein.

It also noted that the government refused to provide important intelligence documents on alleged Iraqi weapons of mass destruction.

In its report last year, the committee cleared the government of hyping a September 2002 intelligence dossier on Iraqi weapons.

It also cleared Blair's office of inserting a claim, against the wishes of intelligence chiefs, that Saddam could launch chemical and biological weapons at 45 minutes notice.