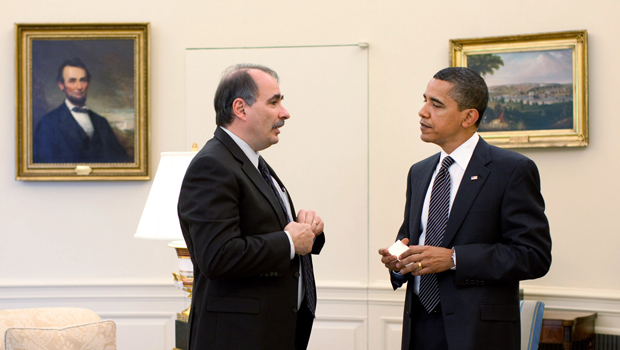 Here are the highlights from this latest email release:

In an email chain from January of last year, members of Clinton’s campaign staff discuss David Axelrod, a prominent Democratic operative and a former President Obama adviser, and his frequent broadsides against Hillary Clinton.

“We had discussed the utility of reaching out to David Axelrod, but Is he on HRC’s – or anyone’s — call sheet?” wrote Philippe Reines, a Clinton aide, back in December. “I hate to reward bad behavior, but this seems like one headache we could easily neutralize.”

Reines had referenced a story in The Hill newspaper, which quoted the former Obama staffer’s critical views of Clinton.

“...when he hears ‘Ready for Hillary,’ he thinks, ‘Ready for what?’” the paper wrote in the story’s opening paragraph.

Huma Abedin weighed in the following month with the comment that Axelrod is “100 percent supportive of HRC and that she will be the nominee” but that the operative “understands that we might be frustrated with that he has said.”

“I sense that he is disappointed that we have talked to everyone else in Obama world except for him and I assured him that HRC would be in touch soon,” Abedin said. “I think we are now in a good place with him but she needs to call him and I conveyed that to her. Will try to get it done this week.”

Reines counters with what he called his own “psychological diagnosis” of Axelrod, which he admitted was based on “next to nothing”:

“He is one of the people who created a President,” he said in an email. “The Holy Grail of his profession. [James] Carville, [George] Stephonoplous, [Karl] Rove. Household name territory. But he never reached that same level of broad national recognition and never joined their celebrity ranks.”

“James & George went on to stardom and riches and never looked back. They won their ring, were done with national politics,” he added. “So it’s gotta be frustrating to have achieved what David did in 2008 but be stuck in a weird limbo where he wants to remain in the game - not just in it but at the top - but can’t find a home. I also don’t think he’s nearly as high on HRC as he says he is. I think he was one of the few who didn’t fall in love with her when she joined the cabinet. Not Gibbs-Pfeiffer level reluctance, but not a full embrace either. If he did, he wouldn’t act out by saying or Tweeting these things.”

Axelrod, who founded and directs the University of Chicago’s Institute of Politics, is currently a political commentator for CNN and hosts his own podcast, The Axe Files.