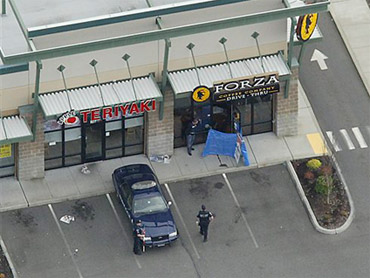 Imagine my embarrassment after I set fire to the kitchen during a science experiment with home chemistry in my youth. Playing with fire seems to run in my family: One close relative I will not name (let's use the code words "my brother") once performed an experiment that burned through the ping pong table. This should in part establish that the Dubno boys share a primordial attraction to the science and power of fire and light.

Many evenings, unnamed members of a family I may or may not be a part of would project high-powered laser beams across Central Park, creating a modest "Laserium" in New York. But, with all the fire department visits over the years, it became clear that a safer alternative was needed when playing with light. Fortunately, we found several astonishing examples below.

VersaLaser
When my brother last week sent a note wondering who among us would be first to get the VersaLaser, I immediately sprang into action. Two days and 100 pounds of shipping later, three boxes arrived. Today, anyone with $10,000 and a healthy sense of fun and adventure can buy their own "laser printer." The VersaLaser is far more than a printer actually. It engraves and cuts an amazing array of materials, transforming images and drawings on your computer into real items. Attached to a standard computer running Windows XP, the VersaLaser allows you to "print" with light onto wood, plastic, fabric, paper, glass, leather, stone, ceramic, and rubber, etc.

After you compose your artwork on a simple software program, (we're using Corel Draw), you just select "print" and the type and thickness of your material, and the magic begins. VersaLaser's VL-200 features a 25-watt laser and a moveable tray surface so that you can transform material as large as 16 inches by 12 inches. There are numerous safety features (thank goodness) built into the VersaLaser: the computer control that only operates the laser at safe parameters. The unit immediately shuts off if the case opens. Optional, but very wonderful, is the powerful base unit that vacuums away smoke or dust created in the laser burning process.

It is astonishing and gratifying that within moments an idea can be transformed by the VersaLaser into an actual object. Equally amazing is that such devices are beginning to be made relatively affordably. It is easy to recall how few people had desktop scanners only two or three years ago. Today, desktop scanners have dropped in price to a mere $100 or less and have become ubiquitous. It seems clear that, in the near future, as more of these laser devices evolve and decrease in price, many people will be printing their own products at home!

Mine Control and Shadow Garden
Turning the light down a bit, but still marvelously bright, is the magic of turning light into interactive art. My friend Zack Simpson and Mine-Control created a new way of dazzling audiences with a deft combination of a projector, a camera, and some cool custom software. Their latest art piece, "Shadow Garden," is a lustrous assortment of interactive environments.

Imagine being surrounded by butterflies: act wildly and they flee ... stay still and they gather on you. In these works of "light" art, Zack says, "The shadow is an extension of yourself, so in my pieces I want the participants to be fully engaged in the environment. The point of the art is your interaction with it, not for you to be a passive observer." There's no way you can be passive when the environments include a wondrous waterfall of colors that you lasso to milk the color out of them; a swirling lava-lamp of paints that you direct with a flashlight; a pool of mercury that dazzles changing around you.

The "Shadow Garden" art work is mostly seen in the hottest museums and other exhibition centers (like the Sony WonderLab in midtown Manhattan, the Chicago Children's Museum, and the Tech Museum in San Jose, for example.) The work will also be on display starting late November at Eyebeam, an art gallery in New York. However, for a mere $50,000(!) this Christmas, you can own your own display via the Neiman Marcus Fantasy Christmas catalog. Of course, I would like to buy two, but alas the CBS employee stock fund, such as it is...

EyeToy for Sony PlayStation 2
For slightly less this holiday season, OK, a whole lot less, everybody can get in the act of interacting with light. Sony PlayStation has released a true "video" video game, the EyeToy.

With a USB camera and a dozen interactive video "gamelets" (all for $50), the PlayStation now puts you literally in the action on-screen. So, with a little bit of finagling, you adjust the light in your house, align your body in the cutout area, and away you go: playing with a game in which you are an on-camera participant.

Although other games using the EyeToy camera are still several months away, the included game package is extremely entertaining. You can play with a soccer ball, learn dancing moves, and wash windows with a joyously annoying melody egging you on. What I enjoyed most about these games is how much fun my kids had playing them. Usually, video game play has children turned into zombies with their jaws hanging open as they sit motionless before a clanging exploding mass of colors and gunshots. These EyeToy games force players to really move their bodies and the results are hilarious.

Coming from a family with a troublesome history of playing with fire and light, I am relieved that our next generation can thrust themselves in the middle of a technological fire and light show without actually burning down the house.

(By the way, this segment would not have been possible without the help of Canon USA and their fabulous LV-7355 multimedia projector. We desperately needed one, and Canon helped us out with their top-of-the-line model. We are insanely grateful.)