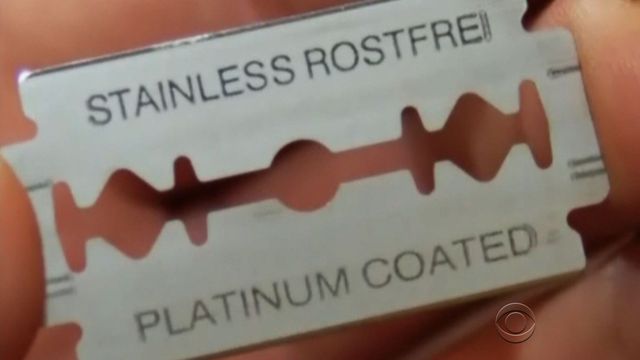 Police in San Diego, California, are investigating a recent string of dangerous incidents where kids have been cut by razor blades intentionally scattered across a public park.

Using flashlights and metal detectors, police scoured every inch of the park Wednesday night searching for razor blades in the ground.

By Thursday morning, they found a total of 19, all seemingly planted on purpose to hurt kids. Now, they're searching for a suspect. At least one child has been sent to the hospital.

Cassie Padilla's 7-year-old son went to the hospital needing stitches after stepping on a blade in the grass. His older brother stepped on another poking out of the ground near a picnic bench.

"That's just crazy that anybody would do something like that," Padilla said.

It's happening nationwide. Last month, parents and police near Philadelphia found razor blades duct-taped to swings and slides at a park.

How citizens turned into saviors after Katrina struck

In March, someone in Illinois used glue to put blades on the monkey bars at a playground, injuring a child.

In San Diego, this is the third razor-blade incident since last summer. Police fear there will be more.

"It's either a sickness or someone who's just got an evil mind," San Diego Police Lt. Paul Phillips said.

Eric Li, a cognitive behavioral psychiatrist who specializes in human behavior, said the incidents appear to be "premeditated."

Li said whoever is leaving the razors is likely sick and needs treatment.

All of these incidents remain under investigation.

Police have few leads and are asking for the public's help to find the people responsible for turning playgrounds into danger zones.