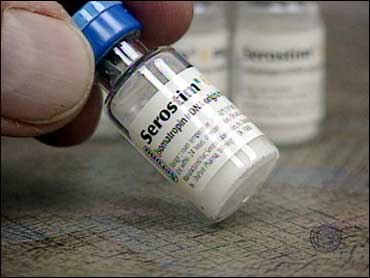 A federal magistrate Friday rejected a request by The Associated Press to reveal the names of players allegedly implicated in drug use by former major league pitcher Jason Grimsley.

The AP's application was opposed by the U.S. attorney's office for Northern California, which is conducting the investigation, and by the major league players' association.

The AP had asked the court to reveal names marked out in a sworn statement by Internal Revenue Service special agent Jeff Novitzky. The document was used to support a warrant to search Grimsley's Arizona home last year.

The AP contended in court filings and in oral arguments Thursday that the public had a right to access the entire document, but Voss ruled the possible damage to the investigation outweighed any First Amendment rights to release the names.

"Cooperation could be affected," the judge wrote, "investigation of named individuals could be compromised, leads developed from undisclosed information could be cut off, and evidence could be destroyed."

Voss based his decision, in part, on a sealed affidavit submitted by Jeff Nedrow, chief prosecutor in the investigation, outlining the current status of the probe. AP attorneys were not allowed access to that document.

However, the judge indicated his ruling could change once the investigation ends.

David Segui told ESPN in June 2006 that he was one of the blacked-out names. The Los Angeles Times reported last October that Roger Clemens, Andy Pettitte, Miguel Tejada, Brian Roberts and Jay Gibbons also were named.

Players in the Times report denied using steroids, and Randy Hendricks, the agent for Clemens and Pettitte, said he was told Grimsley denied making the statements attributed to him by Novitzky. Grimsley has not commented publicly, and Kevin Ryan, then the U.S. Attorney in San Francisco, said the Times report contained "significant inaccuracies."

The search of Grimsley's home grew out of the federal investigation of the Bay Area Laboratory Co-Operative.

Assistant U.S. Attorney Matt Parella said in court on Thursday that the probe had spread far beyond BALCO and includes track and field and pro football athletes, as well as major league baseball players.