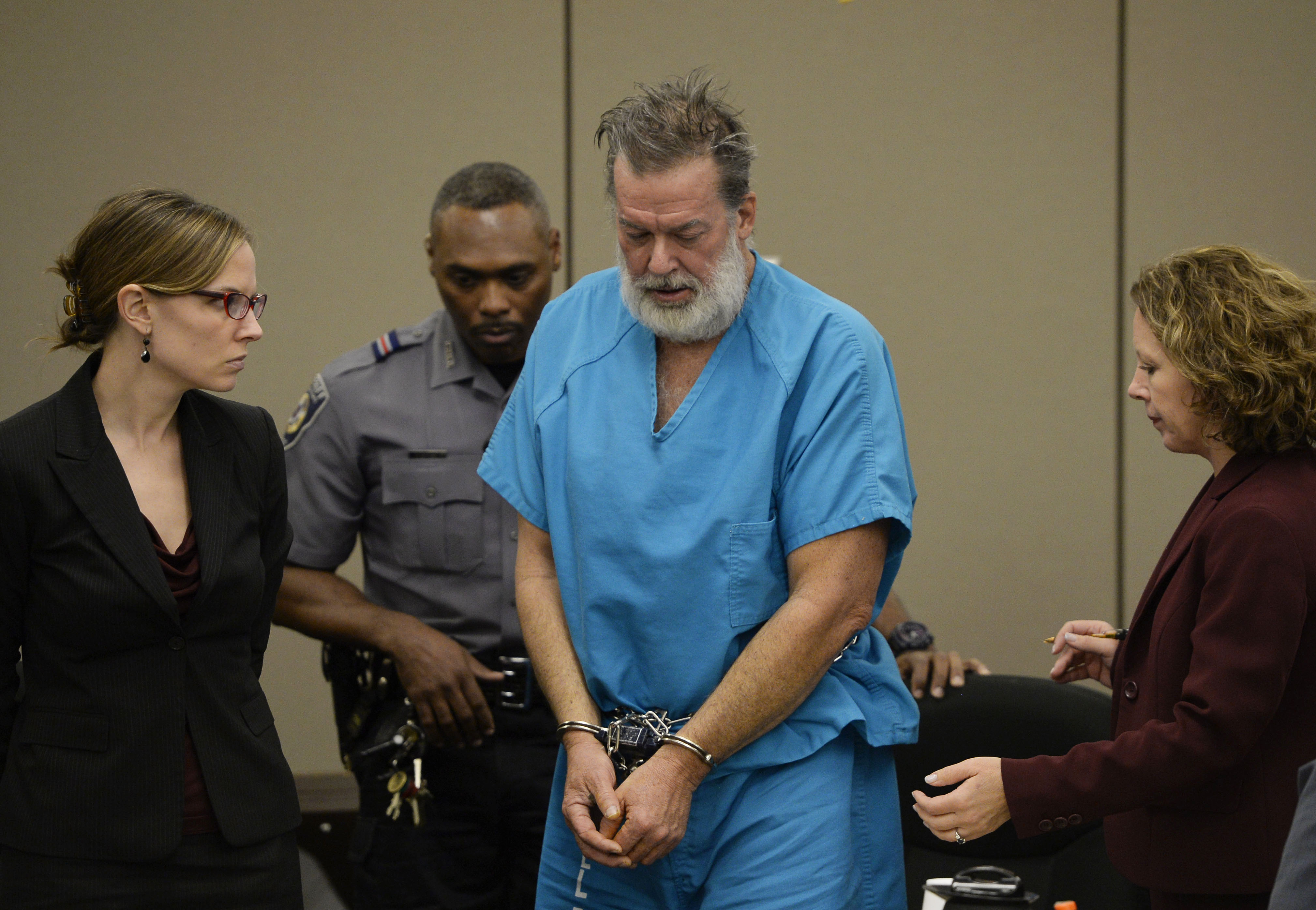 COLORADO SPRINGS, Colo. -- The man who killed three people in an attack on a Colorado abortion clinic halted court proceedings Wednesday by demanding that he be allowed to fire his public defender and represent himself.

Robert Dear, 57, announced at a status hearing that he no longer wanted the Colorado public defender's office to represent him.

"I do not want them as my lawyers. I invoke my constitutional right to defend myself," he said.

After Judge Gilbert Martinez advised Dear to trust his lawyer, Dear replied, "How can I trust my attorney when he says I'm incompetent in the newspaper?"

Martinez then cleared the court so Dear could talk privately with his attorney, Daniel King. At a previous hearing, Dear repeatedly interrupted his own attorneys and accused them of conspiring with Planned Parenthood to cover up the reproductive health group's wrongdoing.

Dear faces 179 counts including first-degree murder, attempted murder and other charges stemming from the Nov. 27 attack on the Colorado Springs clinic.

At his prior court appearance this month, Dear called himself "a warrior for the babies" and objected to sealing evidence in his case.

Dear's family and acquaintances describe him as a man with a violent temper, anti-government sentiments and longstanding disgust at those who provide abortion services.

He spent most of his life in North and South Carolina before recently moving to an isolated community in Colorado's mountains, where he lived in a trailer with no electricity.

Prosecutors have yet to decide whether to seek the death penalty against Dear.

Much of his legal team - from lead attorney King to his paralegals - also represented Colorado theater shooter James Holmes, who was spared the death penalty by a jury in August.