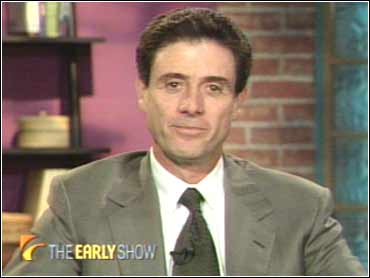 Rick Pitino is headed back to work in college basketball not on the sideline, though.

The well-traveled Pitino, who resigned two weeks ago as coach and president of the Boston Celtics, is joining CBS Sports as a game analyst and studio commentator for the NCAA tournament.

The television work appears to be a time-filler until the offseason, when Pitino is expected to land a coaching job, probably in college.

Pitino, coach of Kentucky's 1996 NCAA championship team, will partner a play-by-play announcer in the booth for the first two rounds of the tournament, then move into the studio for the rest.

"Rick will be a great addition to our NCAA tournament lineup. His analysis with be both informative and entertaining, based on his successful collegiate career and his previous work in television," CBS Sports president Sean McManus said Monday.

When he was a college coach, Pitino appeared as a guest commentator for CBS during the NCAAs.

Pitino, who could not be reached for comment Monday, played at Massachusetts, worked as an assistant coach at Hawaii and Syracuse, then coached Boston University and Providence, two programs he took from mediocrity to the NCAA tournament.

He spent two seasons with the New York Knicks, taking them to the playoffs in 1987-88 for the first time in four years and winning the Atlantic Division in 1988-89.

Then he took over a Kentucky team that had been on probation and led it to the Final Four three times in eight seasons, including the 1996 title.

Almost immediately, he was linked to UCLA and UNLV.

Pitino met with UNLV athletic director Charles Cavagnaro in Miami last week for what the university called a "preliminary conversation" about the school's basketball coaching job.

Late last year, McManus met with fired Indiana coach Bob Knight about working for the network as a college basketball commentator, but the sides did not come to an agreement.